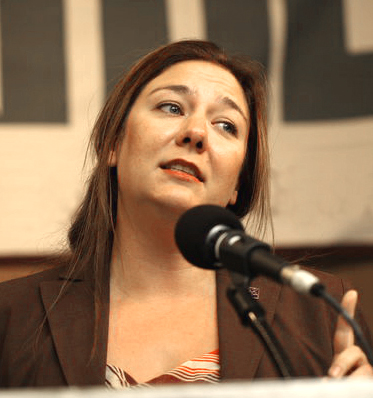 "I'm truly grateful to be receiving the Robert C. Randall Award,"said ASA Executive Director Steph Sherer. "I started ASA in 2002 as a campaign response to Asa Hutchinson and now ASA has members in every congressional district and has successfully brought the patients' voice to the table for the first time in the national conversation on medical cannabis." Americans for Safe Access is the nation’s leading medical cannabis patient advocacy organization.

As a medical cannabis patient herself, Steph has taken on the issue of safe access and patient rights for millions. Her unwavering dedication to this cause started with one ASA office in Oakland in 2002. Now, there is an office in DC, 16 active ASA chapters and a grassroots base of over 50,000 members. Steph has spearheaded many instrumental projects in her ongoing effort to help ensure that grassroots advocates share their knowledge, skills, and tools. In 2011, ASA’s Foundation began working with the American Herbal Products Association (AHPA) to create standards for the newly emerging medical cannabis industry in the form of recommendations for regulators. Click here to see all of ASA's accomplishments.

For more information on the conference, visit: www.reformconference.org