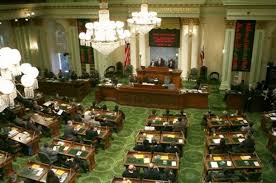 Election Day in California is over, and medical cannabis advocates can expect a legislative playing field in 2015 that is largely unchanged from this year. Seventeen Assembly Members identified as medical cannabis supporters were up for election on Tuesday. Fifteen were reelected to their offices, and two were elected to serve in the Senate.  Fifteen Assembly Members identified as opponents were seeking reelection, but only thirteen succeeded. The supporter/opponent ratio in the Senate, where only twenty out of forty seats were on the ballot, remained unchanged.

Voters decided on nineteen medical cannabis ballot measures in fourteen cities and counties on Election Day. Voters embraced taxing medical cannabis, but were reluctant to approve measures to reform medical cannabis regulations or repeal bans. Voters did approve a regulatory ordinance created by the City Council in Santa Ana (Measure BB), but only as the less-lenient alternative to another measure supported by the majority of medical cannabis advocates in the community (Measure CC). Read more about the local ballot measures and find a link to the vote counts in my blog from last week.

So what does the election mean for efforts to pass a bill to license and regulate commercial medical cannabis activity in 2015? What about bills to protect patients from discrimination? Will lawmakers do anything, given that voters are likely to vote on a legalization initiative in 2016? Let’s talk about those questions and what it all means for patients and other stakeholders on my next live Google Hangout at 7:00 PM on Thursday, November 20. A live Google Hangout is an interactive event you can join on your computer or mobile device at https://plus.google.com/u/0/events/ck8r7cos98b1d6kqube10i4p2so. The event will also be broadcast live on YouTube at http://www.youtube.com/watch?v=Tk8nCOm4UQs.

I want to say a special thank you to all of the volunteers who worked so hard on the local medical cannabis ballot measures this year. I know most of you did not get what you wanted, but you did help move the ball down the court and keep this issue alive in your city or county. I hope you will keep fighting for safe, legal, and dignified access in your communities!

Californians are eager to tax medical marijuana, but they want limits on who can grow it and sell it. That was the message from Tuesday’s voting, as backers of nearly two dozen local medical marijuana-related ballot questions tallied the votes.
Read more here:
http://sacramento.cbslocal.com/2014/11/05/california-measures-taxing-medical-marijuana-win-big-at-ballot-box/

Washington, DC; Alaska; and Oregon legalized cannabis Tuesday night, leaving everyone wondering, "What the heck is wrong with California?" The Golden State led the way in medical marijuana in 1996, and is the nation's largest domestic producer of the crop.
Read more here:
http://www.eastbayexpress.com/LegalizationNation/archives/2014/11/06/marijuana-laws-re-shaped-by-california-mid-terms

Living off of 17th Street in Santa Ana’s Floral Park neighborhood, Robert Iggulden has at one point or another counted nearly 20 medical marijuana shops within a half-mile radius of his home.
Read more here:
http://www.ocregister.com/articles/marijuana-641119-medical-city.html

Medical marijuana dispensaries in the city and unincorporated county of Santa Cruz may see the cost of doing business go up.
Read more here:
http://www.santacruzsentinel.com/santacruz/ci_26866846/first-results-showing-approval-city-county-cannabis-business

La Mesa voters Tuesday sent a definitive statement of approval regarding term limits for elected officials, and just over half of them thought the city clerk position should be made by the city manager and not by election. But voters were not so high on the idea of medical marijuana dispensaries in their city.
Read more here:
http://www.utsandiego.com/news/2014/nov/06/la-mesans-ok-term-limits-no-pot-shops/

Medical marijuana has been legal in the state of California for 18 years. So, when a group of men carry guns raided a pot farm in Riverside county owned by a Carlsbad grandmother, she reported it to her county supervisor.
Read more here:
http://www.cbs8.com/story/27177332/medical-marijuana-mixup

Monday, November 10, 2014 - Marijuana Compassion and Common Sense (Online)
6:00 PM at www.blogtalkradio.com/marijuananews Tune in for this weekly live Internet broadcast about cannabis and medical cannabis issues. ASA California Director will be a guest on the program. You can call in to participate.

---
Tuesday, November 11, 2014 – Screening of “The Culture High” (San Francisco)
Doors at 6:00 PM, movie at 6:30 PM at AMC Van Ness 14, 1000 Van Ness Ave, San Francisco, CA 94109. This film by Brett Harvey scours the deep-seated roots of this morally induced Marijuana campaign and reveals the fascinating path it has taken to get to where it is today.

---
Thursday, November 20, 2014 –What Legalization Means for Medical Cannabis (Online)
7:00 PM online. Join ASA California Director Don Duncan for a live Google Hangout to discuss what legalization of cannabis means (and does not mean) for medical cannabis patients, providers, and other stakeholders in California. A Google Hangout is an interactive event you can join from your computer of mobile device. Click on this link a few minutes early to get signed in and participate in the Q&A/comments: https://plus.google.com/u/0/events/ck8r7cos98b1d6kqube10i4p2so Use this link to watch the broadcast live on YouTube (without signing in): http://www.youtube.com/watch?v=Tk8nCOm4UQs

Sign this online petition by Republican California Attorney General candidate Ron Gold asking the President to pardon Dr. Mollie Fry. Dr. Fry is in federal prison as a result of a medical cannabis conviction in 2001.

Find important information about how to become a legal patient in California, how to talk to you doctor about medical cannabis, safety information, growing tips, and much more in the Resources for Patients section of our website. You will also find ASA Executive Directors Steph Sherer’s personal story about her path to medical cannabis and patient advocacy.