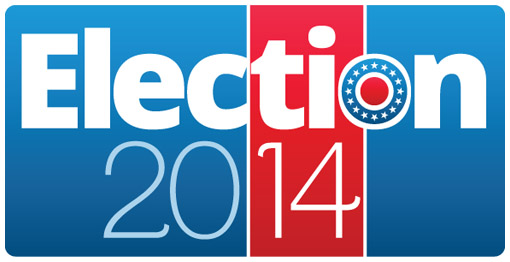 Now that the dust has settled and the bulk of mail-in ballots have been counted, it’s a good time to assess the new political landscape for patients in Washington State. Election results fall into three basic categories:

State Measures and Advisory Votes
There were three initiatives and two advisory votes on the ballot this year. Of particular interest to the cannabis community was a measure to repeal or maintain Senate Bill 6505. Ballot wording caused a lot of confusion, which ultimately worked against the interests of patients and providers. Essentially, voters were deciding whether cannabis should qualify for tax exemptions given to other agricultural products.

Since Senate Bill 6505 amounts to a tax increase of sorts, it must be ratified by a majority of voters before taking effect. Unfortunately, the measure passed by a margin of 54% to 46%, eliminating the possibility of agricultural tax exemptions on cannabis products. This is particularly bad news for business owners, who now have one less viable way to deal with concerns about IRS Rule 280e.

Initiative 1351 was another ballot measure to watch, mainly due to financial implications. This race was a squeaker, with the measure passing by a razor-thin margin of 50.3% to 49.7%. It forces the legislature to allocate funding to reduce K-12 class sizes and increase staff support. While public schools are no doubt an important investment, a January 2012 ruling by the State Supreme Court found that basic education is woefully underfunded as is -- to the point where our state fails to meet its constitutional mandate. The McCleary Decision and subsequent passage of Initiative 1351 are expected to have negative impacts on the conversation over how to regulate medical marijuana. With the legislature hungry to find new sources of revenue to meet its educational obligations, patients are likely to either get lost in the shuffle or forced into the highly taxed adult use market.

There were also two dueling measures regarding firearms, which drove even more conservatives to the polls than usual. Typically, in midterm election years like this, voter turnout tends to skew more conservatively than it would during a presidential election year. This had a major impact when it comes to other races on the ballot this year.

Legislative Candidates
In the State Legislature - and the Senate in particular - it wasn’t *who* got elected that matters, but which party they belong to. Unfortunately, discussions about medical marijuana have been driven more by politics than policy as of late. For the past two Legislative sessions, Republicans have maintained a shaky grip on power in the Senate by joining with two Democrats who split from the party. This year, the dynamic will be a bit different. One of the Democrats who has been caucusing with the GOP decided early on not to run for re-election, while the other faced a heated battle to retain his seat. In the end, 25 out of 49 Senate seats went to Republicans, with Democrat Tim Sheldon earning 54% of the votes, securing a solid three-member margin of 26-23. What this means for patients is that Republican Senator Ann Rivers is almost certainly going to be the leading voice when it comes to medical marijuana, forcing Senator Jeanne Kohl-Welles into more of a backseat role. Sen. Kohl-Welles has been a dedicated champion for patients from the start, even before Washington voters passed a medical marijuana initiative. It remains to be seen exactly how things will shake out with Sen. Rivers and the Republican Caucus, but patients will definitely miss having Sen. Kohl-Welles in the position of influence that she’s had in the past.

Republicans also came out on top in most of the closely watched races for State Representative. Unlike the Senate, the House hasn’t changed hands in more than a decade. However, Democrats’ 55-43 majority has dwindled by two seats, possibly more, with the defeat of at least two incumbents. Rep. Dawn Morrell of Puyallup and Rep. Monica Stonier of Vancouver were both ousted by Republican challengers, with three other races headed for mandatory recounts. In the 26th district, which covers the southern Kitsap Peninsula, Democratic Incumbent Larry Seaquist is headed for a loss. The same is true of Rep. Kathy Haigh in the 35th district, which covers portions of Mason, Kitsap and Thurston counties. Also up for grabs is the open seat vacated by Tami Green in the 28th district, where Christine Kilduff was leading by less than 300 votes as of 4pm Saturday. Once recounts are complete, Democrats could end up with a margin as narrow as 50-48. Given Republicans’ ability to seize control in the Senate with the help of just two Democrats, the balance of power in the House could easily tilt either way. If control flips to Republicans, Washington State could wind up looking a lot like Washington D.C., with any effort by Democratic Governor Jay Inslee likely to get bogged down by partisan gridlock.

On the federal level, the outcome of every race was pivotal, with Congress having taken major action this year on a budget amendment to prohibit DOJ funds from being spent to enforce federal law in states where medical cannabis is legal. The good news is that every incumbent who voted in favor of the CJS amendment was re-elected. Hooray! The bad news is that Republicans who voted against it also retained their seats, including Rep. Cathy McMorris Rodgers, who found herself on the receiving end of a flurry of media attention due to a critical TV ad produced as part of ASA’s Vote Medical Marijuana campaign. Law enforcement stalwart Rep. Dave Reichert was also re-elected, despite wasting valuable time in the House to pass legislation that addresses the relatively innocuous problem of welfare being used as payment for marijuana -- an issue that is easily remedied by a simple computer fix.

Without a doubt though, District 4 hosted the most watched Congressional race in the State. It was the first time in Washington history that voters had to choose from two members of the same party in a U.S. House race. Mainstream supporters backed family farmer Dan Newhouse, while former NFL player Clint Didier was a Tea Party favorite. In the end, Newhouse edged past Didier by 3,000 votes. This race was particularly important to patients because Newhouse replaces Rep. Doc Hastings, the only Republican Member of Congress from Washington State to cross party lines and vote in favor of the CJS Amendment. Newhouse’s precise stance on medical marijuana remains to be seen. However, during four years as Director of Agriculture, exports doubled. He also believes in balancing the budget by limiting the government’s role in regulatory oversight. If Newhouse applies similar logic in Congress, he’s likely to support not only the CJS amendment, but banking and tax reforms, as well as ASA’s “Truth in Trials” and “States Medical Marijuana Patient Protection” Acts.

Another race to watch was District 10, where Congressional champion Denny Heck was facing challenger Joyce McDonald. When it comes to supporting patients and providers, the choice couldn’t be more stark. In one corner was Congressman Heck, who made headlines for spearheading a bill that passed the U.S. House by a vote of 231-192, which reforms federal banking laws to accommodate the burgeoning cannabis industry. In the other corner was Joyce McDonald, who disregarded the will of voters and usurped state law by voting to ban cannabis commerce in Pierce County. In fact, when the County Executive vetoed the ban, McDonald joined with other out of touch Council Members to gather the two-thirds majority needed to overturn the veto. After pounding the pavement all summer long, Congressman Heck wound up securing a comfortable lead over McDonald and clinching victory by a nearly ten-point margin of 54.6% to 45.4%.

All things considered, the Vote Medical Marijuana campaign was an overwhelming success, especially here in Washington! ASA produced four television advertisements that aired all over the state in bursts throughout the summer. With the help of ASA members nationwide, we elevated medical cannabis to a campaign issue that’s not to be ignored. This will serve to amplify the voices of patients not only as we gather in Olympia for the 2015 Legislative Session, but all the way across the country in Washington D.C., where the war on medical cannabis is just a vote away from being dismantled.