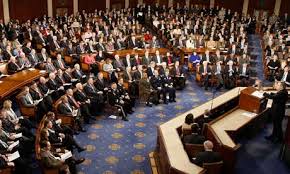 Do you think it doesn’t matter if you speak up about medical cannabis to your lawmakers and their staff? Think again. According to a survey of congressional staffers published in 2011 by the Congressional Management Foundation, Members Congress are more likely to be swayed by concerned citizens who visit, write or call their offices than by the efforts of paid lobbyists.

This news isn’t earth shattering, but the survey provides some valuable insight about how crucial the work of grassroots advocacy is to manifest change and about which tactics work best.  For instance, nearly the entire sample of respondents, 97 percent, agreed that personal visits from constituents had “some” or “a lot” of influence on an undecided Member --- more than any other influence group or strategy.

In fact, visits from constituent representatives, like lobbyists, came in second.   And, a close examination of the survey reveals that even personalized letters, e-mails, phone calls and telephone town hall comments were more likely to change a member's mind than a lobbyist's efforts. The study also explored the type of advocacy that staffers believe is most effective. Turns out that content matters more than medium.  Specifically, staffers indicated that hand-written or personalized notes — even when they are fewer in number — have a bigger impact than form letters and emails.

The point is your lawmakers want to hear from you!  You will see action alerts every week in this email. You will also see events like the CA Citizen Lobby Day on Monday, August 4, in Sacramento. Speak up and make a difference. Research shows it matters when you do.

Register for the CA Citizen Lobby Day today. ASA is requesting a $25 donation, but no one will be turned away for lack of funds.

Former president Bill Clinton has come out in favor of allowing individual states to decide whether or not to legalize marijuana, noting that there's increasing evidence that shows that medical marijuana can be beneficial for patients who are ill.
Read more here.

California cannabis growers may be making millions, but their thirsty plants are sucking up a priceless resource: water. Now scientists say that if no action is taken in the drought-wracked state, the consequences for fisheries and wildlife will be dire.
Read more here.

Earlier this month, Berkeley’s City Council voted unanimously for an ordinance that would provide free medical marijuana to patients with low incomes. If the ordinance passes its second reading in August, marijuana dispensaries will have to set aside 2 percent of their product — which must be of equivalent quality to the marijuana they’re selling at market prices — and give it free to city residents with incomes below $32,000.
Read more here.

Temperatures in the 90s didn't keep thousands of pot smokers, pain sufferers and partiers alike from standing outside California Heritage Market, billed as L.A. County's first farmers market for medical marijuana, this past weekend. Lines to get in were as long as an hour Friday, the first day of the three-day event. Depending on the direction of the wind, the air in the sunbaked warehouse district in Boyle Heights was either redolent with fried onions sizzling on a vendor's grill or the sweet sickly smell of garbage from the dumpsters down the block. But inside, where pot-growers and -consumers met in a 15,000-square-foot open-air warehouse, there was a whole different kind of smell.
Read more here.

Julie Shemitz watched warily as the judge asked prospective jurors whether they or anyone close to them had a card for medical marijuana. Ten hands lifted, a third of the jury pool. "Look at all those hands," the judge said. An assistant U.S. attorney, Shemitz knew that this would be a problem.
Read more here.

The mysterious force behind the weed scavenger hunt announced for Saturday has revealed herself: she's an entrepreneur from the East Coast, now head of a "tiny startup in Oakland." And she has bad news: the authorities have stepped in, so there's no more smartphone-powered weed giveaway on Saturday.
Read more here.

Faced with a decision to suspend or revoke license allowing the medical marijuana dispensary Zen Healing Collective to operate in West Hollywood, the Business License Commission on Tuesday took a considered approach to seek additional information – mainly with an eye to ensuring that the convicted felon (or his family members) who once ran it have not and do not reap financial benefits from the non-profit.
Read more here.

They call it the War Room. A cramped burgundy-walled nook tucked to one side of the All-American Cannabis Club. Stacks of signed petitions clutter the tabletops, waiting to be tallied. On one wall hangs a map of San Jose with tacks stuck on sites of some of the busiest medical marijuana clubs. Their membership lists are a goldmine for phone bankers. Virtually all day, every day for the past few weeks, volunteers have filed into the narrow alcove to rally opposition against a city ordinance going into effect July 18.
Read more here.

Wednesday, July 24, 2014 – Live Google Hangout: Medical Cannabis in California (Online)
Join ASA California Director Don Duncan for a live talk and Q&A about local, state, and federal medical cannabis issues. We will be discussing ASA's proposed legislation for 2015 and SB 1262. A Google Hangout is a free online event you can join from your computer or mobile device. Look for the link in next week's email and on FaceBook.

Saturday, July 26, 2014 – The State of Marijuana (Los Angeles)
This one-day conference focuses on the future of the cannabis and medical cannabis movement and industry. ASA CA Director Don Duncan will be speaking. The conference is at 7080 Hollywood Blvd., 11th Floor, Los Angeles, CA 90026. Information, tickets, and registration is online at http://stateofmarijuana.eventtribe.com

Monday, August 4, 2014 – CA Citizen Lobby Day (Sacramento)
Hundreds of ASA Members and allies will meet in Sacramento for a legislative briefing and citizen lobby day in support for sensible legislation to better regulate commercial medical cannabis activity and protect patients’ rights. We will also hear from special guest speakers and get a preview of ASA’s legislative agenda for 2015. ASA requests a $25 donation for the event, but no one will be turn away for lack of funds. Please register now, so that we can schedule an appointment for you to see you state Assembly Member or Senator.

No court dates were reported this week.

The mission of Americans for Safe Access is to ensure safe and legal access to cannabis (marijuana) for therapeutic uses and research. ASA's stand on federal interference with medical cannabis state laws is one of zero-tolerance. ASA organizers engage in traditional, battle-tested tactics; such as legislative organizing, community outreach, phone-in days, petition drives, etc., and supports the use of non-violent direct action as means of escalating tactics to reach campaign goals.

This is where you come in ... get involved now!