Congress took an historic step last month with the introduction of comprehensive bipartisan medical cannabis legislation in both houses.

If enacted, the sweeping new legislation would amend the Controlled Substances Act to explicitly allow states to set their own medical cannabis policies without violating federal law. The bill would also change federal law to allow banks to provide financial services to licensed medical cannabis businesses, allow Veteran Affairs physicians to recommend medical cannabis to their patients, and enable the cannabis extract cannabidiol (CBD) to be imported to states that have legalized its use.

In addition, the CARERS Act would reclassify marijuana from its current Schedule I status as a highly dangerous drug with no medical value to Schedule II, recognizing it as a medicine, as well as removing bureaucratic barriers to research and allowing for more production of research cannabis.

“The time has come for the federal government to stop impeding the doctor-patient relationship in states that have decided their own medical marijuana policies,” said Senator Dean Heller (R-NV), who has signed on as a fourth sponsor. “This bipartisan legislation puts Americans who are suffering first.”

The CARERS Act is endorsed by several advocacy groups, including Americans for Safe Access (ASA), which helped the Senate authors develop the legislation.

Twenty-three states and the District of Columbia have adopted medical marijuana laws. Another 13 states have adopted laws allowing for the consumption of cannabis extracts that are primarily CBD, a non-psychoactive component of the plant that has been used to treat seizures and other maladies.

Currently, a one-year budget amendment prohibits the Department of Justice from interfering in the implementation of state medical cannabis laws. but the DOJ continues to prosecute individuals and pursue forfeiture cases. 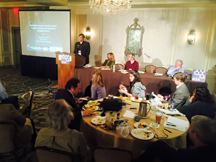 Three hundred patients, advocates, and other stakeholders from 40 states and several foreign countries were part of ASA’s third annual National Medical Cannabis Unity Conference and Lobby Day in Washington, DC, at the end of March.

The conference also offered a comprehensive lineup of educational opportunities. Medical professionals got Continuing Medical Education credit for training on the emerging science and clinical applications for medical cannabis. Advocates and industry workers had a special chance to participate in new enrichment courses from ASA’s industry-leading Patient Focused Certification program, as well as the Core Cannabis Curriculum from Cannabis Training Institute. 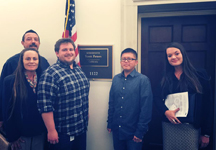 Following the conference, Americans for Safe Access held its third annual medical marijuana patient citizen lobby day on Capitol Hill in support of the Compassionate Access, Research Expansion and Respect States (CARERS) Act. Over 250 patients, caregivers, and researchers from 38 states met with the offices of their federal elected officials to discuss safe and legal access to medical marijuana.

After gathering for a group photo on the west side of the Capitol, the citizen lobbyists took to the halls of the Senate and House office buildings, meeting with the legislative staffers who work on medical cannabis issues for their elected officials.

The Lobby Day attendees also dropped off fact sheets or had quick meetings with the offices of Congressional Districts that did not have a constituent present, so all offices heard the patient perspective.

In conjunction with the Lobby Day, ASA also held its third annual Congressional briefing on medical cannabis, this year hosted by Senators Booker, Paul, and Gillibrand. This was the first time ASA’s briefing was held on the Senate side, and the approximately 60 Congressional staffers in attendance was about double the number who attended last year's briefing.

Staffers heard expert opinions and experiences on each of six areas of the bill, with presentations from Pennsylvania State Senator Mike Folmer, who is co-lead sponsor of that state’s pending medical bill, SB 3; John Hudak of the Brookings Institute; and Dr. Sue Sisley, who is beginning a research study of using cannabis in the treatment of PTSD in veterans.

Representing the patient point of view at the briefing were Beth Collins, Virginia-based parent of a pediatric patient and former medical cannabis refugee in Colorado, and Mike Krawitz, president of Veterans for Medical Cannabis Access.

The first action of the IMCPC was to ratify a declaration urging the 2016 UN General Assembly Special Session on Drugs to reclassify cannabis for medical use, convene a UN Special Convention on Cannabis, or simply exclude cannabis from the UN Single Convention on Narcotics. The IMCPC declaration was delivered to the UN Commission on Narcotic Drugs in Vienna by Pavel Bem, the Czech representative for the Global Commission on Drug Policy.

"The UN policy on cannabis is outdated and at odds with its mission concerning human rights and the right to adequate health care," said IMCPC co-founder, ASA’s Steph Sherer. "Three decades of modern scientific studies affirm the therapeutic value of cannabis and should form the basis of international and domestic policies."

The current UN classification of cannabis was established in 1961 with the UN Single Convention on Narcotics. Medical cannabis treatments remain unavailable in most countries, in part because of the UN’s stance.

With the passage of HB1 in Georgia, the state became the 36th with some form of medical cannabis protections. The act was approved by both the Georgia House and Senate at the end of March and was swiftly signed by Gov. Nathan Deal.

While the new law does provide legal protections for possession and use for therapeutic purposes by patients, there is no legal means for patients to purchase or grow their own medicine, Georgia patients must travel out of state to acquire their medicine, limiting access to faraway places such as Colorado or Maine.

Under HB1, patients are not allowed to inhale cannabis either through combustion or vaporization and may not possess or use cannabis with more than 5% THC. The law provides for eight qualifying conditions: cancer, amyotrophic lateral sclerosis (ALS), multiple sclerosis, Crohn's disease, mitochondrial disease, Parkinson's, and sickle cell disease.

An attempt by federal prosecutors to have the three remaining defendants of the Kettle Falls Five imprisoned awaiting sentencing was rejected last month. US District Court Judge Thomas Rice will sentence them on June 10.

The jury acquitted the three of all charges that carry a mandatory minimum sentence, leaving just a single conviction for which they could receive less than a year in prison or possibly probation.

Prosecutors had filed an emergency request for detention just one day after the jury reached its verdict, as well as a motion to expedite the detention hearing. Judge Rice granted the expedited hearing, then promptly denied the government's motion to imprison defendants Rhonda Firestack-Harvey, 56, her son Rolland Gregg, 33, and daughter-in-law Michelle Gregg, 36.

A banquet honoring Americans for Safe Access Award winners was held on the last night of the national conference  at the Loews Madison hotel in Washington, DC.

Action Group of the Year:  Pennsylvania Campaign for Compassion

Sign the petition today urging the US Senate to take action on the CARERS Act. Find out more at safeaccessnow.org/senate_carers_act_petition.