On May 31, 2016, Puerto Rico for Safe Access was officially welcomed by Americans for Safe Access as the first Chapter this organization has on the geographic areas encompassing the Caribbean and Latin America, thus expanding their reach and support outside the continental US. Puerto Rico is a Commonwealth of the United States of America. Americans for Safe Access (ASA), which is the largest non-profit member-based organization advocating for safe use and research of medical therapeutics.  ASA has over 50,000 members, and the support of numerous sponsors, partners, and affiliates, ranging from patients, to doctors, lawyers, researchers and volunteers, who all share one common ground, which is to fight for and protect the right of every patient to benefit from medical cannabis therapies.

On December 28, 2015, the Puerto Rico Government signed Article 155 which grants the use, possession, cultivation,manufacturing, distribution, and research of cannabis for medical purposes.  It will allow patients to have access to medical cannabis for conditions in which a certified physician (one who has completed the required continuous education as stated by the PR Department of Health) has recommended it as a valuable and highly beneficial treatment option. Some of the accepted conditions are the same as other medical cannabis states, such as Cancer, Epilepsy, ALS, Migraine, Multiple Sclerosis, Crohn’s Disease, HIV, and Fibromyalgia, just to name of few. The program will also be available for pediatric patients (with the exception it will require recommendations from two certified Physicians). Many delivery options are accepted under Article 155. Oils (both for oral and topical use), ointments, creams, edibles, patches, pills, rectal suppositories, and the use of inhaler devices such as vaporizers are all permitted in Puerto Rico. However, smoked flower is still prohibited. Puerto Rico is in the midst of a financial and economic crisis while also facing an alarming increase in chronically ill patients, many of whom inevitably rely on opiod narcotics to relieve symptoms of persistent intractable pain. Opiods have been attributed to worsening of some their conditions, as well as poor adherence to some of the presently prescribed medications which more often than not, cause more harm than good. 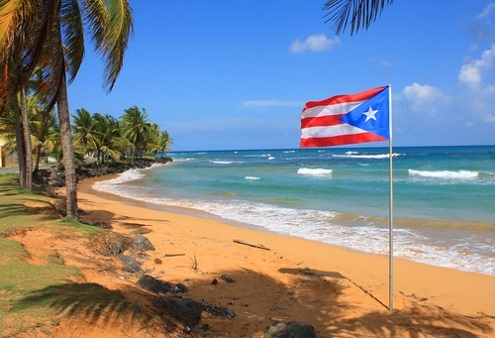 Recent statistics show that there are currently over 200,000 patients in Puerto Rico who would potentially benefit from the use of medical cannabis. The emerging medical cannabis industry is a ray of light shining down on the “Isla del Encanto” (“Island of Enchantment” as it is lovingly known) and will be undoubtedly embraced by the many gifted and talented professionals of Puerto Rico who will acknowledge its impact as a catalyst to the near and imminent transformation of both the health industry and current island economics.

As of June 5, 2016, the first cycle of over 100 Licensed Physicians have been Certified by the Department of Health as having completed the required continuous education and are deemed suited to recommend medical cannabis to the people of Puerto Rico.

For the first time in Puerto Rico, an interdisciplinary conference, Puerto Rico MedCann.biz, will be assembled to discuss all aspects of the medical cannabis industry laying the groundwork for a new era. Conference participants will gain valuable knowledge in global practices in the business, real estate opportunities, technology, science, research, laws and regulations of medical cannabis. The conference is targeted to those looking to enter the industry and those who wish to learn about the medical properties and benefits of cannabis treatment.

Americans for Safe Access is excited about working with the medical cannabis community in Puerto Rico and welcomes this newest chapter.