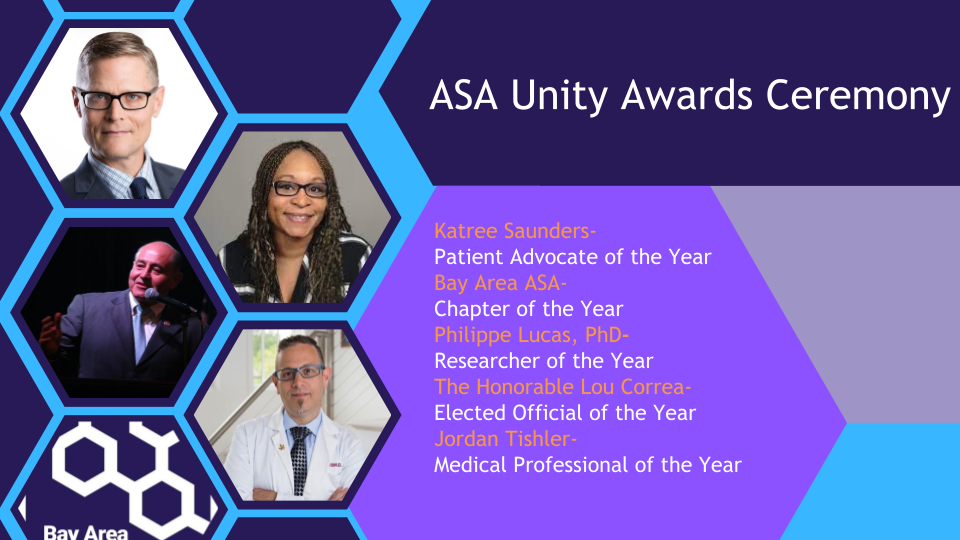 You may have met Katree at one of our previous Unity conferences or when she was profiled in our March 2021 Activist Newsletter, but Katree’s story truly illustrates the theme of Unity 2021, “No Patient Left Behind.” After having experienced the benefits of medical cannabis, Katree faced trial after trial and battle after battle while continuing to fight for the medicine that improved her quality of life.

Chapter of the Year: Bay Area Americans for Safe Access

ASA’s oldest chapter, based in the San Francisco Bay Area where we were founded, hosts a lot of ASA history. Despite the relatively high level of medical cannabis access in the Bay Area, this chapter continues to fight to improve safe access for patients. We singled them out for recognition in 2021 not just because of these factors but in recognition of their skill in transitioning their community meetings online and their efforts to maintain their presence despite a pandemic.

Speaking of long ASA histories, back in 2003 Philippe began an organization called Canadians for Safe Access. Over the years Philippe has advocated for, worked with, and conducted research on medical cannabis. We selected Philippe for this award for the same reason we asked him to speak on our Unity 21 panel on affordability, his research on healthcare utilization and costs for medical cannabis patients. Research like this will be crucial in bringing insurance coverage to medical cannabis and ending the cost barrier to access.

Dr. Tishler, like many medical professionals, found his way to cannabis through a process of research and self-education. Having worked providing emergency care to veterans and others harmed by drugs and alcohol, he recognized the potential of medical cannabis and began his own practice as the Chief Medical Officer and Chief Executive Officer of InhaleMD. Dr. Tishler educates the public about the efficacy of medical cannabis and helps to reduce the stigma associated with medical cannabis use. He is a tireless advocate for our cause.

Elected Official of the Year: The Honorable Lou Correa

Representative Lou Correa has consistently approached medical cannabis reform as someone trying to serve America’s veterans and service members. His work in driving important legislation like the Medicinal Cannabis Research Act is critical to breaking the logjam at the VA. He has worked diligently to bring medical cannabis access to veterans and to facilitate important cannabis research that patients, both veteran and otherwise, will benefit from.