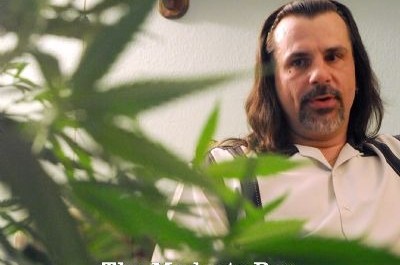 Local media continue to ignore real corruption in Modesto last week, while one local organization steps in to fill the void created by the Modesto Narcotics Enforcement Team (MNET). This branch of the Modesto Police Department, has knowingly stole patients’ medicine for the second year in a row by arresting Stephen Boski of The Healing Connection and confiscating the CBD rich extracts used by families to treat childhood epilepsy among other illnesses.

Collective Patient Resources (CPR) is a community organization that advocates for medical cannabis patients in the tri-county region of Amador, Tuolumne, and Calaveras counties. Their joy is to provide free cannabis medicine to patients with terminal illness while also fundraising for local community needs, like keeping the Valley Springs Youth Center open.

​I contacted the founder of CPR, Tom Liberty, to ask if CPR would consider donating medicine to the patients affected by this most recent raid on The Healing Connection. The response was encouraging, as there are cultivators now pledging to donate CBD rich medicine to help those families and patients negatively affected by the loss of their lifeline, cannabis. CPR has been heavily involved in the political processes in Tuolumne, Amador, and Calaveras counties in order to stop the proposed cultivation bans being proposed in all three municipalities. It is this high level of interaction that CPR encourages between the community and local governments that has created an environment conducive to upholding state law regarding cannabis.

​Anyone living in the central valley in or around Modesto that desires freedom from oppressive law enforcement using their taxes to undermine state-legal medical decisions needs to act to replace any public official who remains complacent on this case. The City Council and Modesto police were present last year to witness patients and their families give testimony to the fact that their medicine was stolen in the August 2013 raid on The Healing Connection. Furthermore, Modesto police were informed by Stephen Boski in April this year that a limited amount of CBD rich medicine would be cultivated for the patients of The Healing Connection, so MNET ( Modesto Narcotics Enforcement Team) knew exactly who was being affected by their continued raids on this state-legal collective.

CPR has set a great example of how getting involved in local government can result in a net positive for cultivators, law enforcement, and the community at large. At a time in history when many states and countries are reversing their stance in the war on cannabis, it is necessary to keep the pressure on elected officials in Modesto to uphold state law as distinct from draconian federal law in this case. If you can help support Stephen's defense fund, please visit http://www.gofundme.com/savethc.