The California legislature has taken action to guarantee employment rights for cannabis patients. The state senate this month sent to the governor's desk an assembly bill that would prevent discriminating against patients in "hiring, termination, or any term or condition of employment" based on their status as a state-qualified medical cannabis user or a positive drug test for marijuana.

The bill, AB 2279, was introduced by Assemblymember Mark Leno in answer to a California Supreme Court decision that found medical marijuana patients can be fired for positive drug tests, even if their cannabis use is legal under state law and occurs only outside the workplace. AB 2279 is sponsored by ASA and was drafted with assistance from ASA's Legislative Analyst, Noah Mamber.

The bill leaves intact existing state law prohibiting consumption at the workplace and protects employers from liability by allowing exceptions for jobs where physical safety could be a concern.

Gary Ross, speaking to the media

"The California legislature has stood up for the right of patients to work and be productive members of society," said ASA Chief Counsel Joe Elford, who represented Gary Ross, the software engineer whose firing became a test of California's medical marijuana law. "Now the governor must act to protect the jobs of thousands of law-abiding Californians who are fighting serious illnesses such as cancer and HIV/AIDS."

More about the bill can be seen at www.AmericansForSafeAccess.org/AB2279.

Comprehensive recommendations include protection of dispensaries

Guidelines for California medical cannabis patients and the operation of dispensaries that serve them have been issued by the state's attorney general.

Under the new guidelines, California law enforcement agencies should not take qualified patients into custody or seize their cannabis, so long as they are abiding by state law and local regulation. In instances where medical cannabis is seized, officials are required to return it to patients. The guidelines also provide recommendations for operating medical cannabis dispensaries in accordance with state law. 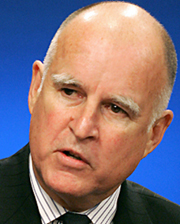 "Today we stand beside the Attorney General of California in his effort to fully implement the state's medical marijuana law," said ASA Chief Counsel Joe Elford. "We welcome this leadership and expect that compliance with these guidelines will result in fewer unnecessary arrests, citations and seizures of medicine from qualified patients and their primary caregivers."

The most significant aspect of the guidelines may prove to be the recommendations for operating storefront medical marijuana dispensaries in accordance with state law. Lack of state guidance has meant that the issue of how to regulate the operation of such dispensaries -- which some estimates say more than half the state's cannabis patients rely on for access -- has been left to city councils, county supervisors and local zoning boards.

The guidelines note that "a properly organized and operated collective or cooperative that dispenses medical marijuana through a storefront may be lawful under California law." The key question is what constitutes proper organization and operation. The attorney general's guidelines claim that medical cannabis dispensaries must operate on a not-for-profit basis.

This stems from language in the Medical Marijuana Program Act (SB 420), passed by the state legislature in 2003. But the voter-approved Compassionate Use Act (Prop. 215) makes no mention of profit or non-profit in its call for the establishing of a state distribution system.

The guidelines also make clear that state and local law enforcement are not to use federal law as an excuse for arresting state-qualified patients or seizing their cannabis. In so doing, the attorney general affirmed several court decisions that find California's medical marijuana law is not preempted by federal law.

The differences between state and federal laws have led to escalating interference by federal officials. The federal Drug Enforcement Administration (DEA) and Department of Justice have targeted California with a campaign of investigations, raids, seizures, prosecutions, and imprisonment of medical marijuana patients and providers.

"It is now up to Congress and the new President to align federal policy with California and other medical cannabis states," said ASA spokesperson Kris Hermes. "It is time to resolve the federal-state conflict that serves only to undermine California and other states' sovereignty and inflict harm on seriously ill patients and their care providers."

The new guidelines can be seen at: www.AmericansForSafeAccess.orghttp://american-safe-access.s3.amazonaws.com/documents/AG_Guidelines.pdf.

The national leadership of Students for Sensible Drug Policy (SSDP) and Americans for Safe Access have formed an alliance to work more closely on the common goal of a compassionate drug policy.

SSDP, one of the most effective and fastest-growing student organizations in the country, and ASA, the largest national organization working solely for safe access to medical cannabis for research and patients, are asking student chapters to become official ASA affiliates.

SSDP chapters across the country have long worked on ASA campaigns, and over the years many ASA staffers have had their beginnings with SSDP. But by becoming official affiliates, SSDP chapters can work directly with ASA on federal and local campaigns, promote educational events on campus, and make a larger impact.

SSDP chapters can contact ASA's national office to find out how to:
· Host screenings of the award-winning documentary Waiting to Inhale and bring writer and director Jed Riffe to speak about the film
· Host lectures with medical cannabis researchers, patients, activists, and others to speak on the medical cannabis movement
· Work with ASA on campaigns to influence schools and communities to help change medical cannabis laws at the state and federal levels.

As ASA affiliates, SSDP chapters can benefit from ASA's credibility with legislators and healthcare groups as an organization focused exculsively on medical cannabis as a healthcare crisis. In return, ASA benefits from the powerful presence of SSDP chapters across the country.

"College students have played a central role in all social justice movements, this one included," said George Pappas, ASA Field Coordinator. "This an excellent opportunity for young activists, and one more step to making this movement a force for change."

ASA is launching a mentorship program to help new chapters and affiliates establish themselves. The ASA Chapter Mentorship Program is a response to the increasing interest in medical cannabis issues across the country.

Through "chapter mentorship," emerging ASA chapters are connected with seasoned veterans. New activists are guided through their campaigns step-by-step, while building relationships with groups that have reputations for success.

This program is for official ASA chapters or affiliates, though groups will be considered on a case-by-case basis. Interested chapters or parties should submit a one-page application outlining the recent activities of their group, why they need an ASA Mentor, and at least two specific projects they need help with. Questions and applications should be directed to George Pappas at [email protected] or (510) 251-1856.

2008 is going to be a big year for change, and one of the most important changes will be our President. But regardless of whether it's Obama or McCain, one thing is clear: medical cannabis patients are fed up and ready for change, too.

Help us make that change by taking a photo for ASA! ASA is gathering pictures of medical cannabis patients, activists, and supporters, all holding signs that say:

Medical marijuana patients are ready for change, too.

Be creative with your photos, your signs, your backgrounds, (and yourselves!). We'll use the pictures to create a video of supporters to show on our website, use as a backdrop to public presentations, or send as a "human" reminder to elected officials and health care groups that there are many patients out there who need change.