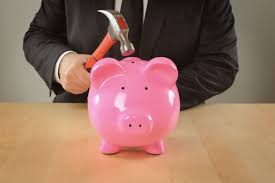 Americans for Safe Access has long considered this an important issue for medical marijuana patients because denial of banking services means dispensaries must operate as cash-only businesses. By forcing state-licensed dispensaries to operate on a cash-only basis, patients end up having to bring large sums of cash when traveling to a dispensary, placing them at risk.

Being limited to cash-only also forces additional expenses upon the dispensary, which ultimately leads to artificially inflated prices for medicine.  Finally, patients risk the possibility of robbery and state regulators will have increased difficulty verifying dispensaries compliance with State Laws. Hopefully today’s vote will lead to fully legal access to financial services for the marijuana industry and the days of cash-only will be a thing of the past.

We’d like to send a huge thank you to the nearly 500 Americans for Safe Access activists that reached to Congress ahead of this vote in just the last 24 hours.