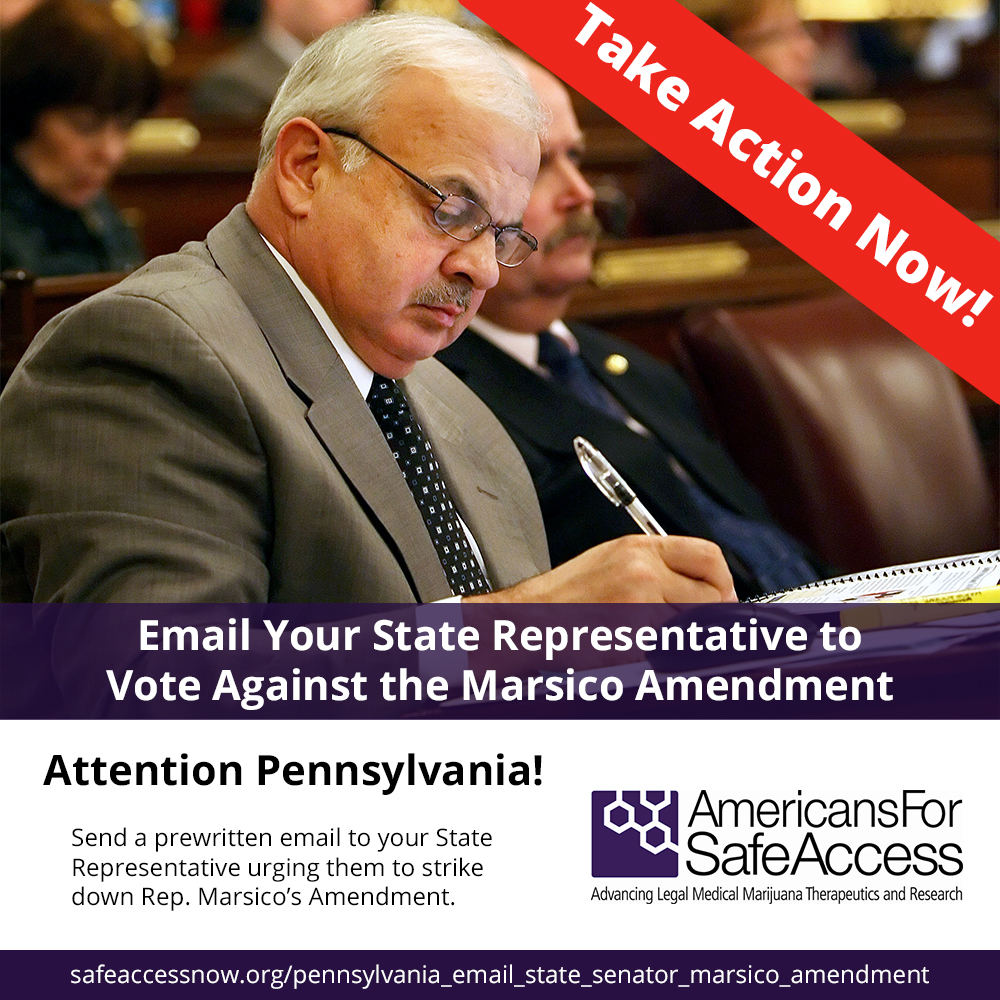 Pennsylvania state Rep. Ron Marsico of Dauphin County has proposed an amendment to their medical marijuana bill SB 3. This amendment limits THC levels and the number of growers and dispensers, making patient access to medicine more difficult. These patients need your help.

Amendments to the bill have successfully expanded the qualifying condition list to include diabetes, Crohn's disease and chronic or intractable pain that has proven otherwise untreatable. SB 3 also created a state licensing board for growers and dispensaries.  In addition to oils, pills, liquids, gels, and tinctures as delivery methods, amendments have also expanded the authorized uses to include home preparations of edibles and vaporization under certain conditions.

But, access for patients is in danger, Rep. Ron Marsico’s amendment would limit the amount of THC, the main psychoactive ingredient in medical marijuana, and also reduce the number of producers and dispensers. SB 3 calls for 130 dispensaries, while Marsico’s amendment would reduce that number to only 50. His amendment proposes to split the state into three different regions based on population, and spreading dispensaries equally between the three. He also calls for fewer growers, SB 3 would allow 65, while the amendment would bring that number down to only 25.

This amendment has the most support among the many amendments that have been proposed for SB 3 thus far, and has the support of the House Majority Leader Dave Reed (R-Indiana). SB 3 as passed earlier this year, 40-7, does not include THC limitations, and was supported by many Pennsylvania advocates.

Take Action Today by e-mailing your state representative, urging them to strike down Rep. Marsico’s Amendment.