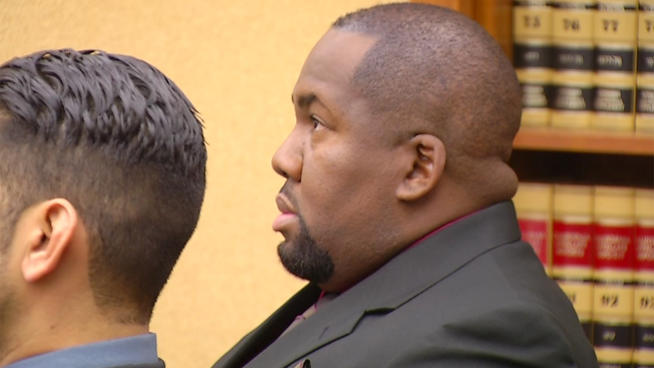 Monday, November 4 - In the retrial of San Diego medical cannabis patient and provider Jovan Jackson, the jury on Monday returned guilty verdicts on charges of possession, possession for sale and sale of cannabis. This marks Jackson's second conviction stemming from a 2009 raid that happened soon after he was acquitted of similar charges for operating the same patient collective.

Jackson and his legal team plan an immediate appeal. As was the case in the last guilty verdict appealed, Jackson will likely remain free pending appeal. Sentencing is in December. San Diego Americans for Safe Access will send updates as events unfold. Thank you to everyone who attended the trial and followed the case.

You can read the day-by-day updates on this case here. Other articles on the two prior cases are here.

Background: Jovan Jackson is a Navy veteran and was a directing member of Answerdam, a San Diego medical cannabis collective raided in 2008 and 2009, resulting in two different state criminal trials. The first trial resulted in an acquittal, but in the second trial Jackson was denied a defense under California's medical cannabis laws and was convicted. That conviction was overturned by a successful appeal (People v. Jackson) filed by Americans for Safe Access and Lance Rogers, Jovan’s attorney through both trials. The precedent-setting ruling by the appeals court found that Jackson was entitled to a defense under California's Medical Marijuana Program Act because collective members need not participate in cultivation or other activities for the collective to operate legally, sending Jackson's second case back for retrial. This case is being argued before Judge Louis R. Hanoian because the original trial judge demonstrated bias toward the prosecution.