On June 14, 2000, the national medical cannabis movement lost a great proponent. Best-selling self-help author, Peter McWilliams, 50, died on that day. He died needlessly as a victim of the War on Drugs. When Peter was diagnosed with AIDS and non-Hodgkins Lymphoma in March, 1996, he did not swear off all Western medicinal treatment and turn only to cannabis. He continued with the medical advice that his doctors provided and the treatments recommended to prolong his life.

By all accounts, Peter's medical treatments were largely successful, but they came at a cost. When the side effects from the chemotherapy treatments caused Peter to have such severe nausea that he was vomiting the medicine that he was being given, he turned to medical cannabis for its medicinal benefits. He quickly found that cannabis helped his nausea and improved his quality of life. He became a very outspoken activist for the plant's legalization.

According to an article written by Fred E. Folvary in 2002, Peter's cause of death was asphyxiation (lack of oxygen by suffocation). He was found in his bathtub having choked to death on his own vomit while following the conditions of his bail and not using medical cannabis.

The bail conditions, which also included $250,000 bond, stemmed from a conviction for conspiracy to possess, manufacture and sell marijuana. Peter and his co-defendant, Todd McCormick, were denied the rights afforded by the recently-approved Proposition 215, legalizing the medical use of cannabis in California. The charges were filed by he Drug Enforcement Agency in federal district court and the presiding judge refused to officially recognize Proposition 215 (even 4 years after its passage), leaving Peter and his co-defendant prohibited from any mention of why he was growing cannabis.

The DEA made an example, as they often still do today. The denial of a medical necessity defense led McWilliams and McCormick to accept a guilty plea. While awaiting sentencing, Peter worked on his latest work called "Ä Question of Compassion: An AIDS Cancer Patient Explores Medical Marijuana". Even while facing many years in prison, Peter never took his eyes off of his goal to help educate the public about the health benefits of cannabis.

A Question of Remembrance

Peter McWilliams never finished his final work. He announced in his online publication Medical Marijuana Magazine, shortly before his arrest, that he would soon be posting portions of his new book. Sadly, this was interrupted by the DEA raid on his home and publisher's office on December 17, 1997. He never finished the book, but Peter wanted everyone to benefit from the knowledge it provided, according to his official Facebook Remembrance page. 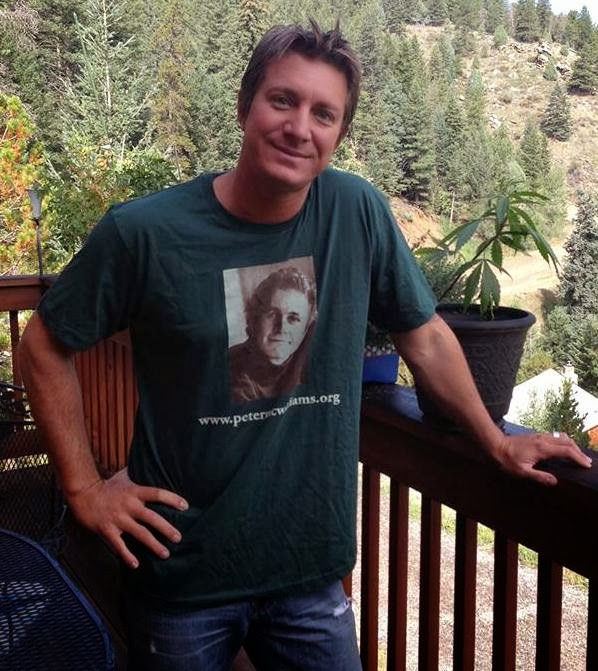 Thirteen and a half years after his death, on Christmas Eve of last year, Peter's final work was highlighted in a tribute video narrated by Josh Stanley of Realm of Caring, a Colorado-based non-profit known for helping sick children with CBD oil. In the introduction, Stanley wears a green t-shirt with a photo of McWilliams common among his supporters that shows a black and white picture of Peter's smiling face.

After directing people to the Tribute website dedicated to McWilliams and his work (http://www.petermcwilliams.org), Stanley points to the picture on his chest and declared that Peter is one of his heroes. "It's truly a great honor to be able to take part in this project," Stanley continues. "And be able to get this important piece of work out to the public."

Stanley then reads A Question of Compassion while beautiful and calming images are displayed on the screen containing many pictures of Peter's fans wearing a shirt similar to the one Stanley is wearing.

In order for this movement to continue to progress, we must always be mindful of where we began. Peter McWilliams could have just went about his life and he might have lived longer, but he believed helping other patients in California in need of medical cannabis was more important.. For this, the federal government raided his home, confiscated his property and planned to put him in prison. His legal battle brought great attention to the need for medical cannabis and its efficacy for use as medical treatment and for that, among other great works, he will always be remembered fondly.

To view the video, please check it out below:

Skyler Cannabaceae is a staff writer at ASA who's blog post originally appeared on The Cannabis Salvation Collective Blog.