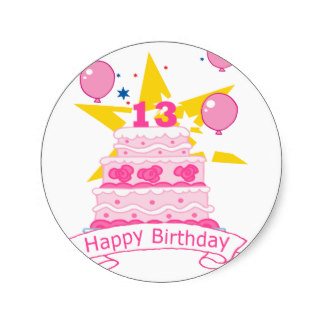 Today is the 13th anniversary of the founding of Americans for Safe Access (ASA), which has become the nation’s largest and most influential patient advocacy group. ASA wants to say a very special thank you to the members, donors, and volunteers who have helped us accomplish so much!

Can you help us celebrate by renewing your membership or making a special donation today?

We’re getting a big birthday present today. Dr. Sanjay Gupta, who has brought stories of everyday Americans that obtain essential benefits from medical cannabis products into the living rooms of millions of Americans, is broadcasting Weed 3 on CNN tonight 9:00 PM ET/6:00 PM PT. We expect this broadcast to have a big effect on the national dialog about medical cannabis. You can talk with an all-star line of medical cannabis experts about the program and its significance on a Live Google Hangout tomorrow, April 20th, at 7:00 PM ET/4:00 PM PT.

We have come a long way since patients and their loved ones founded ASA in 2002, with the goal of shining a national media spotlight on the federal attack on medical cannabis. Only a handful of states had medical cannabis laws on the books back then, and there were fewer than a dozen access points for legal patients. Most patients who used medical cannabis still lived in the shadows – facing stigma, risk, and discrimination.

There are more than two million legal medical cannabis patients in the United States today. They live in thirty-six states, the District of Columbia, and even Guam. Safe, legal, and dignified access is more widespread now than every before, and we are within a measureable distance of finally changing federal law. I hope that you are as proud of this progress as we are.

Last year, we scored a major victory when ASA helped pass an amendment to the budget that removed funding for federal interference in legal medical cannabis states. This year, we have the first-ever comprehensive legislation in congress. The bipartisan CARERS Act will reclassify cannabis under federal law, end federal raids in medical cannabis states, increase research, and more. This is exactly what we hoped to do in 2002.

But ASA is not just working in Washington, DC. This year, we are working to pass sensible medical cannabis bills in California, Washington State, Pennsylvania, and Virginia. We are also doing the crucial, but often overlooked, work of implementing existing state medical cannabis laws in New York, Oregon, Nevada, Maryland, the District of Columbia, Illinois, and Massachusetts. This work is protecting patients and expanding their rights.

There is so much more, too. ASA helped found the International Medical Cannabis Patients Coalition in March, with the goal of changing international treaties that keep medical cannabis illegal in the United States and elsewhere. We have also dramatically expanded the Patient Focused Certification program, so that patients can have confidence in the emerging industry that serves their need.

We have done a lot together, but we have much more to do. We could see our gains in Congress slip away unless we push our advantage right now. ASA needs your help to keep fighting for the CARERS Act and other federal legislation. We also need your help to keep fighting for reasonable state laws and patients’ rights. None of this important work happens just because it should. It happens because people like you get involved, participate, and support ASA.

Make a special birthday donation to ASA to help us reach our final goal – safe, legal, and dignified access to medical cannabis for everyone who needs it.

See you at the Live Google hangout tomorrow night!

And by the way... You can also make a tax-deductible donation to support the educational and legal support work of Americans for Safe Access Foundation by sending a check or money order to 1806 Vernon St., NW, Suite 300, Washington, DC 20009.