If you have seen the news lately, you know that the possibility of a partial government shutdown is looming. Although Congress has passed funding extensions, the President is threatening to veto any 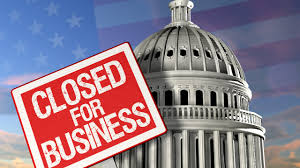 appropriations packages that do not contain sufficient funding for border security. Without further action, much government funding will end at 11:59 PM on Friday, December 21, meaning that many non-essential government operations and agencies will be suspended until a budget is passed. This would NOT include operations at the Department of Justice (DOJ) as it is considered essential.

Since 1976, the Government has shut-down a total of 19 times. Some shutdowns have lasted only a few days, while others have lasted several weeks. No matter how long the shutdown, individuals who use medical cannabis or who are involved in the cannabis industry could be at risk of prosecution.

In the last several years, medical cannabis patients have been protected by an appropriations rider known as the Rohrabacher-Blumenauer Amendment, which has prevented the DOJ from interfering with state medical cannabis programs and patients. In May 2018, that language became part of the base text of the Commerce, Justice, and Science appropriations bill. If there is a partial government shutdown, those protections would no longer be in place.

But if the government is shut down, doesn’t that mean that DEA agents won’t be working?

No. In fact, nearly 85% of the Department of Justice continues to function under a shutdown. The DOJ’s FY19 contingency plan states that “All agents in DEA field organizations are excepted from furlough because they support active counternarcotics investigations.” The branches that are affected are the civil litigation departments, not the enforcement arms. Without the Rohrabacher-Blumenauer language in place, nothing would prevent the DEA from expending funds to prosecute medical cannabis users and the medical cannabis industry. In theory, this could happen as early as 12:01 AM on Saturday, December 22nd.

Congress has until late tonight to come up with a budget or give themselves more time. However, just because the Government may shut down in part does not necessarily mean that the DEA will immediately resume raids. The Justice Department may continue to prioritize illegal immigration and violent crime, especially with continued focus on funding for a border wall, but there is no way to be certain until there is a clear picture of the upcoming budget.

In the event of a partial Government shutdown, it is important to be prepared for the worst. Make sure your staff and family are trained for federal law enforcement encounters. Visit our Raid Preparedness and Raid Center pages to see the steps you can take before and after a potential raid.