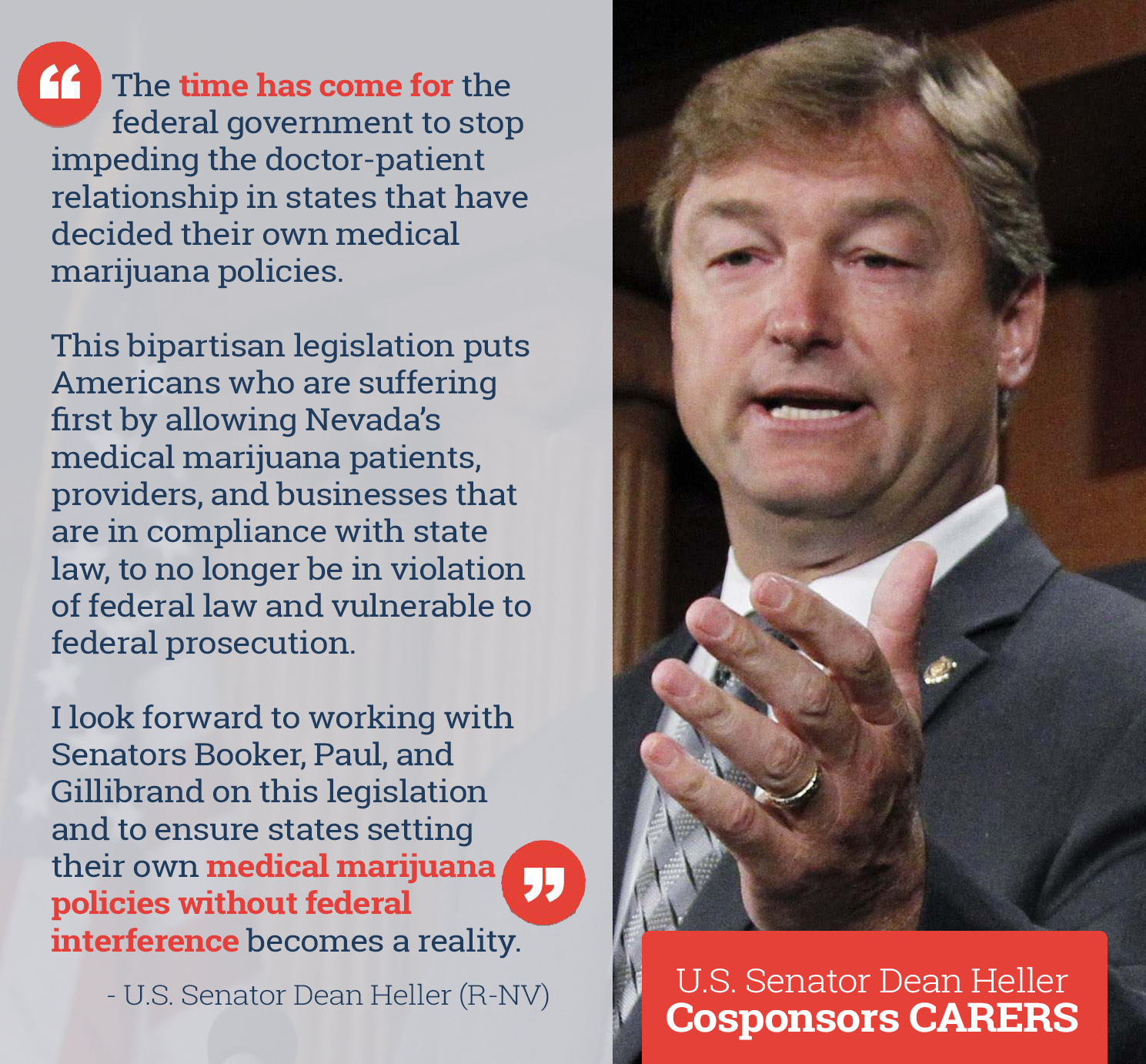 Senator Dean Heller (R-NV) became the fourth U.S. Senator to sign on as a sponsor of S. 683, the CARERS Act. The bill, which was introduced yesterday at a press conference that received national attention, now has equal bi-partisan support, with Heller joining Senator Rand Paul (R-KY) as the second Republican to sponsor, along with Democratic Senators Cory Booker (D-NJ) and Kristen Gillibrand (D-NY).

The Nevada Senator had the following to say in support of the bill:

“The time has come for the federal government to stop impeding the doctor-patient relationship in states that have decided their own medical marijuana policies. This bipartisan legislation puts Americans who are suffering first by allowing Nevada’s medical marijuana patients, providers, and businesses that are in compliance with state law, to no longer be in violation of federal law and vulnerable to federal prosecution.

“I look forward to working with Senators Booker, Paul, and Gillibrand on this legislation and to ensure states setting their own medical marijuana policies without federal interference becomes a reality.”

ASA applauds Senator Heller for supporting S. 683, which would protect all state-legal medical marijuana conduct, promote research, facilitate greater access to CBD products, grant access to banking services, and allow VA doctors to write recommendations for veterans in states with medical programs. One way you can help add cosponsors to the bill is by attending ASA's Congressional Lobby Day as part of the Unity 2015 Conference in Washington, D.C., March 27th-31st. ASA's patient lobby days in 2013 and 2014 played a significant role in getting the House to adopt the Rohrabacher-Farr Amendment last year. We look forward to our members building upon their success by garnering even more cosponsors for S. 683.