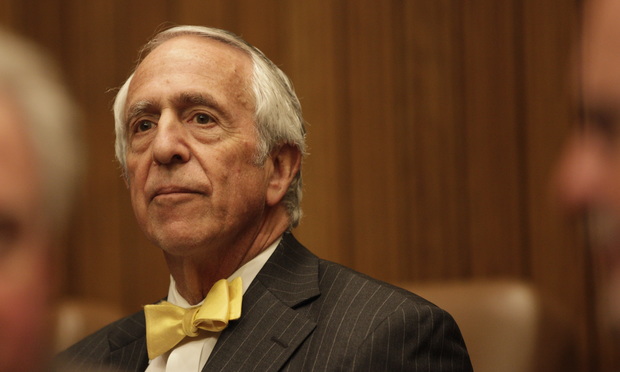 The ruling that may spell the end of federal interference with state medical marijuana programs comes with a good dose of irony.

When Senior U.S. District Judge Charles R. Breyer yesterday effectively lifted a federal injunction that had shut a Northern California dispensary a few years ago, some may have been tempted to hail him as a hero of the movement. And that would make some sense. But it would miss the long history Judge Breyer has with federal cases targeting medical cannabis, including one that spurred the creation of Americans for Safe Access.

It has been more than a year since Congress first passed the Rohrabacher-Farr Amendment to limit Department of Justice (DOJ) enforcement in states with medical marijuana laws. But the DOJ and several of its U.S. Attorneys have insisted that it only limits them from direct interference in the implementation of state laws, interference such as the threat letters routinely sent to governors and state legislators considering regulating medical marijuana, letters warning of possible criminal prosecutions of elected officials or state employees, or the civil asset seizure of state buildings used to issue medical marijuana licenses. 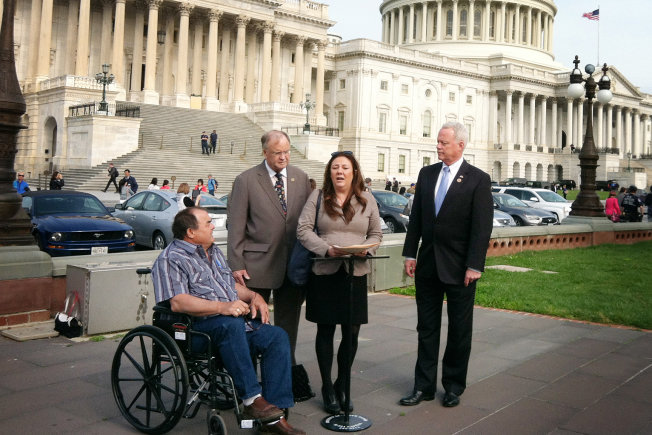 The authors of the budget amendment in question, Reps. Dana Rohrabacher (R-CA) and Sam Farr (D-CA), have protested to the Attorney General that the legislative debate made clear that Congress intended prosecutions and other enforcement actions to stop. The DOJ even sent out a memo to members of Congress while the amendment was being considered stating that it would no longer be possible to prosecute marijuana cases if the measure passed. But as soon as it did and President Obama signed it, the DOJ reversed itself and said that the memo was not only not binding but didn't even represent a legal opinion on the amendment. Now that it was passed, it was the DOJ position that it didn't actually change anything.

Enter Judge Breyer. In his ruling yesterday, the distinguished jurist noted that a "plain reading" of the amendment made it clear that the federal government can only take enforcement actions when individuals are not in compliance with their state medical marijuana law. In the case of the Marin Alliance for Medical Marijuana (MAMM), local officials had testified that the operators had been scrupulous about following the rules, so the federal government can no longer enforce its injunction against their operations. (This was not a criminal case but a civil injunction to cease and desist distributing medical marijuana.) 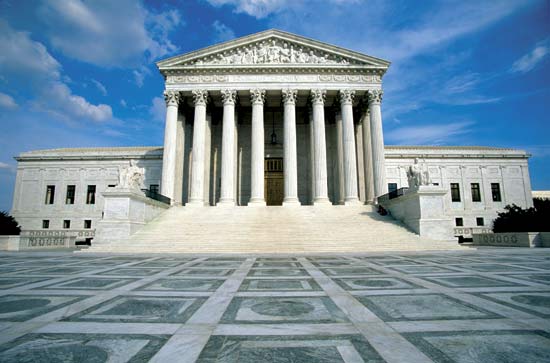 Among the ironies of this is the fact that it was Judge Breyer who in 1998 issued the federal injunction that put an end to the Oakland Cannabis Buyers Cooperative (OCBC), the first medical marijuana case that would make its way to the U.S. Supreme Court. OCBC, represented by Gerald Uelman, then dean of the law school at Santa Clara University, argued that the Common Law doctrine of medical necessity trumped the Controlled Substances Act -- that they had to break federal law to help dying patients. Judge Breyer didn’t buy it. The Ninth Circuit Court of Appeals did see the logic of that argument and reversed Judge Breyer. When it went to the U.S. Supreme Court, Judge Breyer’s brother, Justice Stephen Breyer, recused himself from the case, but his absence had no effect. The high court found that the value judgment Congress had made in 1970 that marijuana has “no currently accepted medical use” meant no one could argue that it is necessary for medical treatment. In 2001, Judge Breyer then made the injunction permanent. OCBC was reborn as an issuer of medical marijuana ID cards in California, but they would never again distribute medicine to patients.  But that is not the only irony.

The next year, Judge Breyer would oversee the first federal trial of grow guru Ed Rosenthal, the case that spurred the founding of Americans for Safe Access. In February 2002, federal agents had staged simultaneous raids in the San Francisco Bay Area that resulted in the arrests of Rosenthal and three others and closed the Sixth Street Harm Reduction Center, a San Francisco dispensary.

Those raids were timed to coincide with a speech to the Commonwealth Club by then-head of the Drug Enforcement Administration Asa Hutchinson, a speech that was met by a large group of protestors, including San Francisco’s District Attorney, Terence Hallinan. Out of that protest came a concerted effort led by Steph Sherer to generate court support for Rosenthal, who refused to accept any plea deal. Working with Don Duncan, Hilary McQuie and other committed activists, Steph organized protestors to appear every day outside Judge Breyer’s federal court and coordinated with Rosenthal’s media and legal team to get the story out. They named the group Americans for Safe Access because the acronym ASA could be pronounced like DEA head Asa Hutchison’s name.

At Rosenthal’s trial, Judge Breyer went through a pool of 80 prospective jurors to find 12 and two alternates who would agree to ignore California’s medical marijuana law and do only as he instructed. Citizen after citizen called for jury duty spoke out about how medical marijuana had helped a loved one or how they had voted for Prop 215, making it legal in the state. One of those called was a physician who confronted Judge Breyer, saying the judge knew him and knew he recommended marijuana to his patients who might benefit from it and he didn’t understand what his problem with it was. He was excused from jury duty. 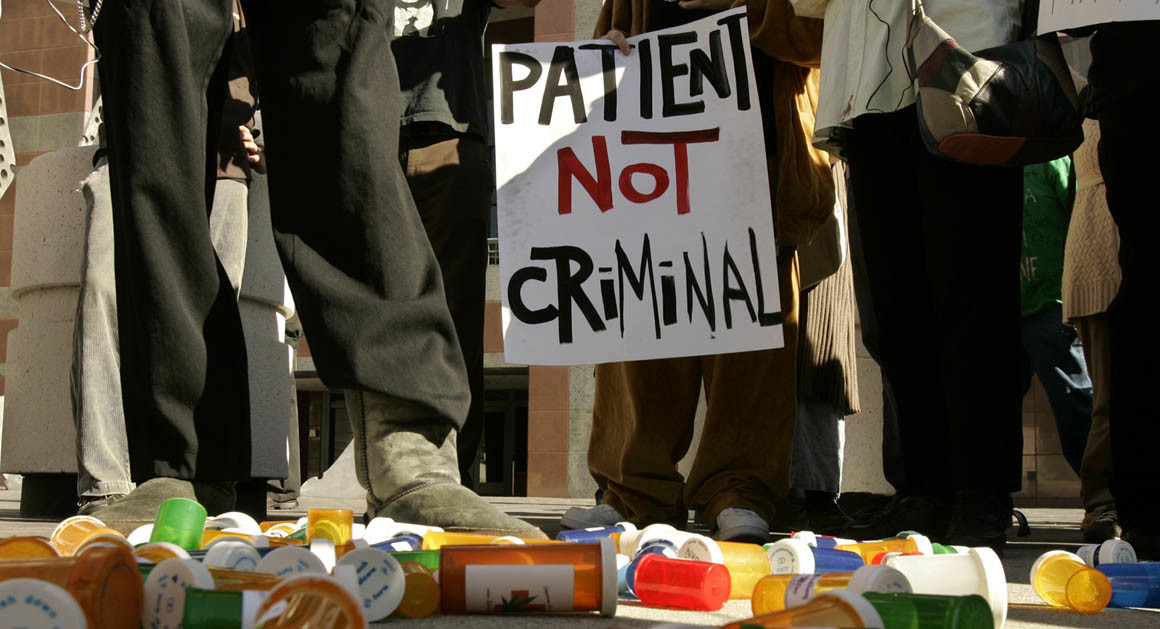 But the truly ironic moment, in light of yesterday’s ruling, was Judge Breyer’s ruling on the defense’s attempt to argue that because Rosenthal had been deputized an officer of the City of Oakland to carry out his medical marijuana activities, he should be immune from federal prosecution under section 885(d) of the Controlled Substances Act. The City Attorney’s office for Oakland had suggested that passing an emergency health ordinance for the distribution of medical marijuana and then deputizing individuals and organizations such as the OCBC and Rosenthal to implement the ordinance would mean they were complying with federal law.

That provision states that “no civil or criminal liability shall be imposed […] upon any duly authorized officer of any State, territory, political subdivision thereof […] who shall be lawfully engaged in the enforcement of any law or municipal ordinance relating to controlled substances.” In a pretrial hearing, Rosenthal’s attorney’s presented to Judge Breyer the Oakland city ordinance, testimony from the city attorney that it was intended to invoke this immunity, and the letter deputizing Rosenthal under the ordinance. Rosenthal’s attorneys argued strenuously that a “plain reading” of the law, that Judge Breyer invoked in his ruling yesterday, demanded that Rosenthal be afforded immunity.

Judge Breyer’s response? Yes, that was what the federal law says, but he was ruling that was not what it meant. Congress intended to prevent drug distribution, not enable it. Perhaps, but that’s not a “plain reading” of the law.

At the end of the trial, the City of Oakland’s efforts did make a difference. Even though Rosenthal was convicted of three (3) felonies and prosecutors asked for six (6) years in prison, Judge Breyer used it as the reason for sentencing him to a single day in jail, credit for time served, and lectured the prosecutor on how criminal prosecutions are no way to resolve policy disputes with the states. Thirteen years later, Charles R. Breyer, the judge who dashed the hopes of medical marijuana activists twice before, may have issued the ruling that allows us to move forward.

“Every war is ironic because every war is worse than expected. Every war constitutes an irony of situation because its means are so melodramatically disproportionate to its presumed ends.”  -Paul Fussell, The Great War and Modern Memory