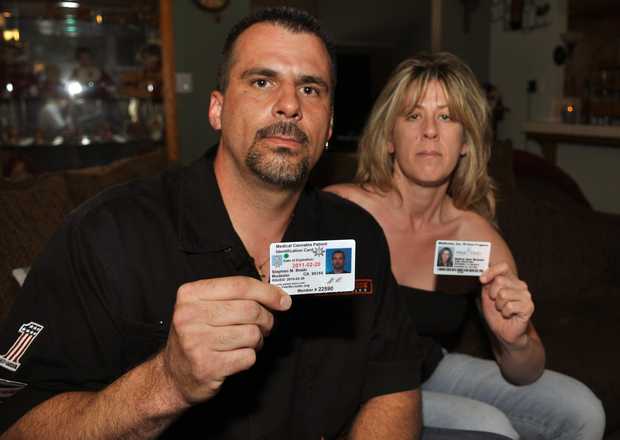 The war on drugs took a brutal turn in California this past month. While states like Colorado experience the benefits of legal cannabis, areas like Modesto, California remain in the cannabinoid-deficient dark ages as MNET (Modesto Narcotics Enforcement Team) continue to perpetually raid one local cultivator of CBD, thus depriving the patients that rely on his CBD-rich medicine, from accessing it.

The Healing Connection, a cannabis collective and delivery service from Modesto, California was raided last month for the third time since February 2012. Founder, Stephen Boski, was inspired to cultivate a CBD-rich strain of cannabis to help his friend Jason David's son Jayden to control his seizures when MNET ( Modesto Narcotics Enforcement Team) raided Stephen's home on August 28, 2013 and stole 30 patients' ( many of them children's ) twelve month supply of CBD-rich medication. Despite hours of professional testimony and support for Jason and Jayden as well as other California families that came to show support at Modesto's City Council meetings following the 2013 raid, the Council showed no willingness to reverse the city's stance prohibiting cannabis collectives.

Since MNET officers were present at many of the City Council meetings the year prior, Jason and Stephen thought it best to foster a transparent dialogue with the department so that MNET would never knowingly target patients again.On April 8, 2014, Jason David and Stephen Boski met with Modesto's Police Chief to inform him that Stephen intended to grow 25 cannabis plants, 24 of which were a CBD-rich strain known as Jayden's Journey, used to control seizure activity, and 1 plant with higher concentrations of THCA which has also been successful in relieving seizures.

Despite having this knowledge, the Modesto police proceeded to carry out a sting operation against Stephen and The Healing Connection in order to rob his patients of their medicine, and to financially ruin a man who has helped so many families fighting epilepsy, autism, HIV, Lyme disease, and cancer, with a plant. The sting culminated on August 23rd, 2014 through a new patient of The Healing Connection, one "Kelly James" whose identity remains unconfirmed as she used an address that has been implicated in an almost identical sting earlier that week involving one "Rick Briggs", both are suspected agents of MNET. After receiving warning from another delivery service regarding the StandifordAvenue apartment as a possible undercover setup, Stephen cross-referenced the address in The Healing Connection's database and found that "Kelly James" was registered there as well. Both of these individuals received their cannabis recommendations from a Dr. Edgar Suter whose office is located at 339 I St. in Modesto. The nature of this office is dubious. Dr. Edgar Suter isn't actually there. Ever. Patients enter his office and are met with a screen to consult with him via Skype, an internet video/phone service. This type of evaluation is ripe for abuse, up to and including child abuse in this case, perpetrated by law enforcement.

Officers have repeatedly targeted a known caregiver who has benefited the lives of children with epilepsy in ways previously unimaginable in modern medicine. Now patients and the families of children who depended on this source of CBD are left with nowhere to turn. Except Colorado, where CBD-rich cannabis is now being grown by the acre, drawing families from all over the nation who need natural, humane treatment for their children.  If you can help in any way, contact Steve through http://www.gofundme.com/savethc to help support the legal defense for this case.