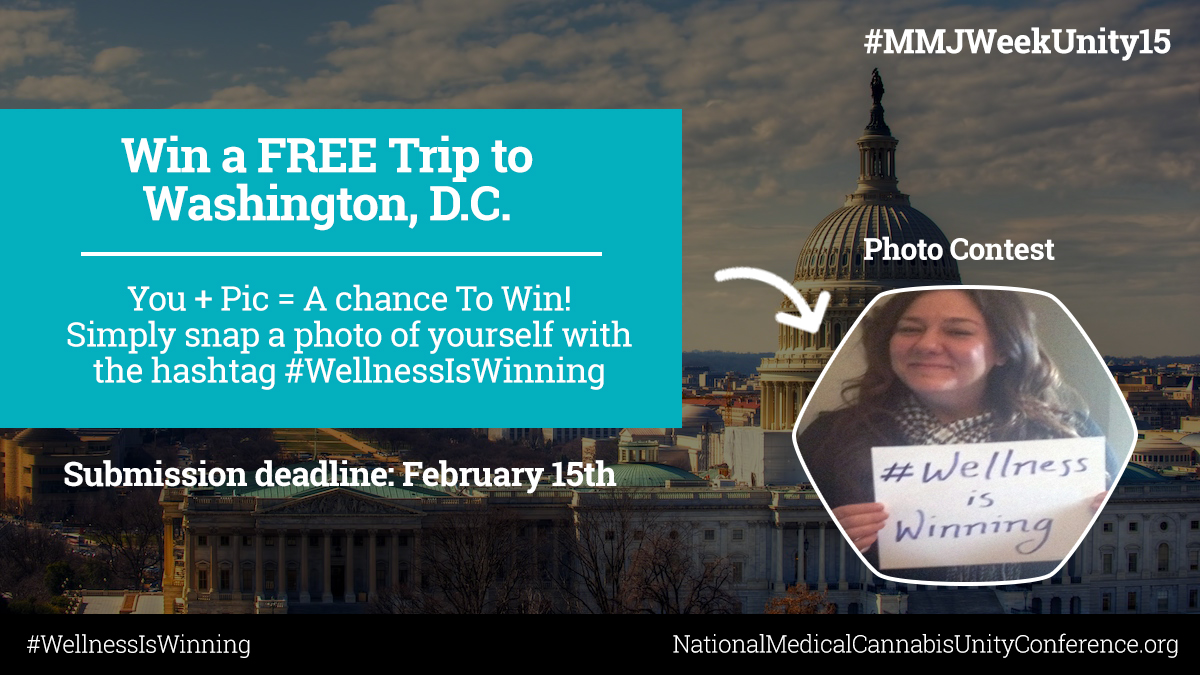 This year we holding a photo contest to help promote evidence-based medical marijuana policy. We know that when patients and concerned citizens are involved at the highest levels of policy making, everyone benefits and that is why the winner of this years contest will receive a FREE trip to the National Medical Cannabis Unity Conference.

So how do you when a free trip to Unity 2015? You + a Pic = A chance To Win! Simply snap a photo of yourself with the hashtag #WellnessIsWinning, tag it with #MMJWeekUnity15 on Instagram, Twitter or upload directly on our Facebook page under Photo Contest.  Winners will be announced on February 20, 2015 and determined by the number of votes they receive on Facebook. 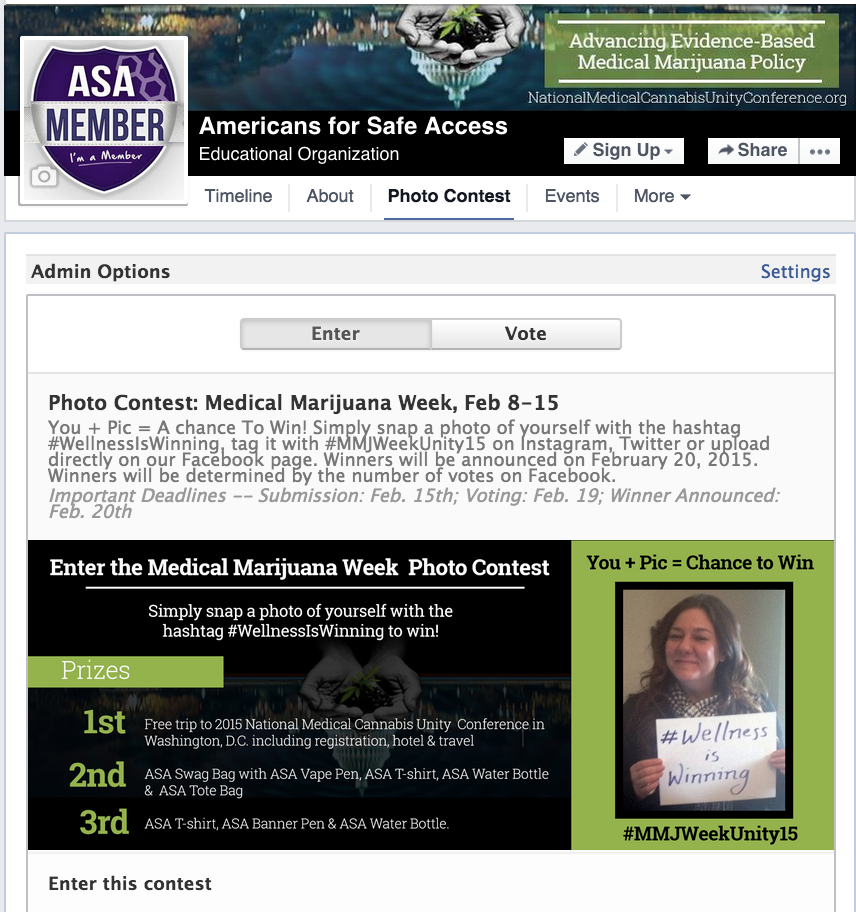 How to Vote: Go to ASA’s Facebook Page. Under Photo Contest, click on 'Vote' and then select your favorite photo.  If you submit a photo, encourage your friends and family to vote for your photo by sharing your photo contest entry on Facebook.