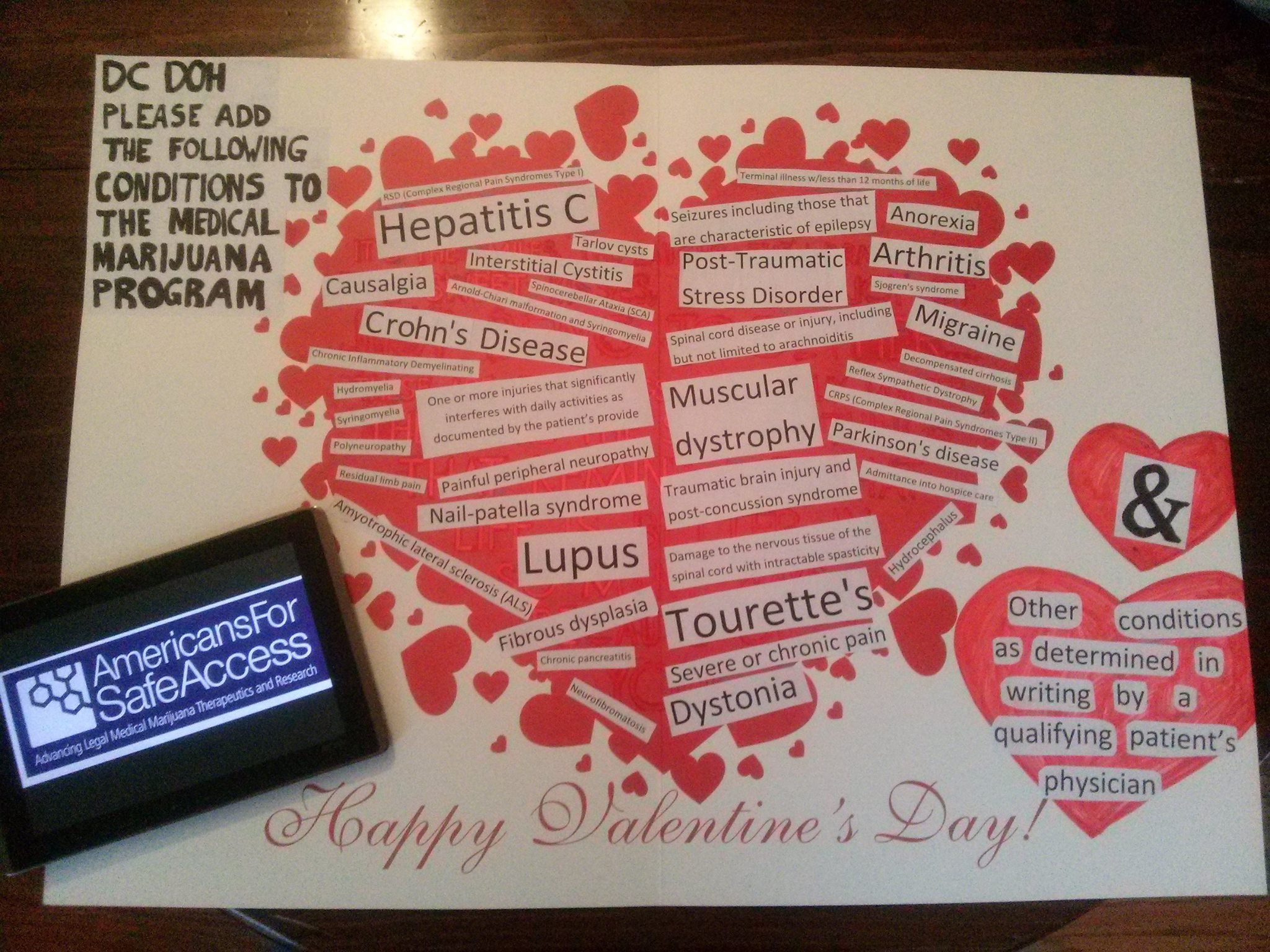 On Thursday of last week, Washington D.C. Mayor Vincent Gray took the bold step of putting physicians in charge of determining which of their patients should use medical marijuana therapy, quietly signing B20-0876, the Medical Marijuana Expansion Emergency Amendment Act of 2014. The emergency legislation, which was unanimously approved by the D.C. Council on July 14th, removes the restrictive list of conditions a patient must have in order for a physician to recommend medical marijuana, as well as increases the plant limit at cultivation centers from 95 to 500 plants.

Just as important, this is a major milestone for District patients with conditions such as post traumatic stress, lupus, dystonia, spinal cord disease, chronic pain, and any other condition that medical marijuana can treat, as they will now be able to obtain a recommendation from their physician if that doctor determines medical marijuana would be a proper therapeutic option. The Safe Access D.C. chapter was instrumental in organizing patient meetings and testifying at hearings over the past four years, helping to bring about these changes in the law, even tweeting the Department of Health a Valentine's Day Card, pointing out that D.C. had the most restrictive program in the country. Many of the District's cultivators and dispensary operators also fought tirelessly to improve the program.

The bill was passed as "emergency legislation" due to the quirks in D.C. law that require its permanent legislation be approved by Congress. Most of the time when the District passes a law, it must undergo a 30 or 60-day Congressional review period; however, the District may enact short-term legislation that goes into effect immediately upon the signature of the mayor, but only stays in effect for 90 days. This means that B20-0876 went into effect on July 31st, but the District must eventually pass permanent legislation in order for the law to continue to remain in effect. Passage of a permanent bill seems very likely once the D.C. Council returns from recess in mid-September, as the permanent bill, sponsored by Committee of Health Chair Yvette Alexander, B20-0766, has been cosponsored unanimously by the Council. This bill also now contains the expansion of the plant limit, which was previously introduced in separate legislation by Councilmember David Grosso. However, a procedural rule kept the Council from voting on Alexander's bill prior to the Council going into recess on July 15th. Not wanting to see further delay to patients awaiting access to the program, Councilmember Tommy Wells introduced the emergency legislation, which the Council swiftly voted in favor of unanimously.

The legislation comes at a time when the District Department of Health (DOH) has already been making a number of long-overdue improvements in the administration of the Medical Marijuana Program (MMP). Since the beginning of 2014, DOH has streamlined the patient application process, made it less difficult for physicians to obtain recommendation forms, begun to hold semi-regular public meetings of the program's Advisory Committee, and improved the turnaround time for patients to obtain their registration identification cards. Under the leadership of DOH Director Dr. Joxel Garcia and program director Dr. Rikin Mehta, the program is beginning to function in a way that truly serves the District's patient community.

The improvements to the District's law and the administration of the MMP will soon be reflected in a revision to the District's grade in ASA's report, Medical Marijuana Access in the U.S. ASA intends to periodically update individual state grades to reflect changes, both positive and negative, in a state's medical marijuana program, from a patient access perspective. The revision of the District grade will take place upon enactment of permanent legislation.

D.C. set the trend for restrictive medical marijuana legislation in 2010, a trend that has unfortunately continued through today. Medical marijuana patients from coast to coast hope that the District will once again serve as a bellwether, and that lawmakers across the country begin to pass physician-controlled, qualifying patient legislation.