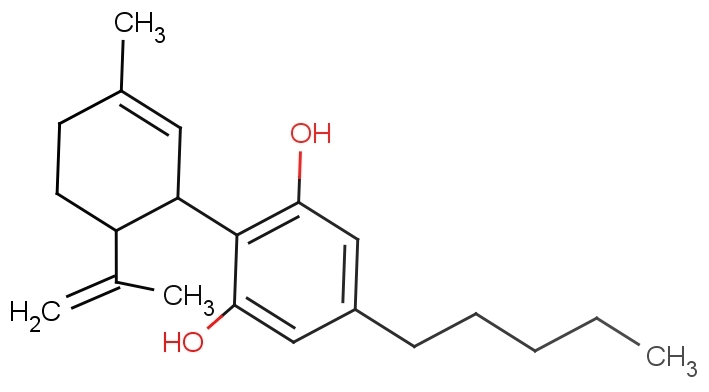 Yesterday, Representative Scott Perry (R-PA) introduced a bill in Congress that would create an exemption to the Controlled Substances Act (CSA) for cannabis plants and derivatives with an extremely low THC content. Representative Perry has a checkered record on medical cannabis in his first term as a member of Congress, having voted for the Rohrabacher-Farr CJS Amendment in May, but against medical cannabis providers in the Heck and Fleming Amendments to the Financial Services Appropriations bill earlier in July. Perry's HR 5226 was joined by cosponsors Paul Broun (R-GA), Steve Cohen (D-TN), and Dana Rohrabacher (R-CA) and would allow for cannabis plants with a THC content of less than 0.3% to be grown in the United States. While this would certainly be a step in the right direction rather than the state quo of complete medical cannabis prohibition, the bill has left many patients, parents, and activists wondering whether this more sideways step than one moving forward towards truly meaningful access to medical cannabis therapy.

Ladybud has already published a superb article that highlights the problems with CBD-only legislation and quotes several parents that are very concerned with the limited therapeutic potential of HR 5226. The piece quotes parents such as Jason David and Brian Wilson, both of whom have been treating their children for seizures with medical cannabis therapy. “CBD is a very important part of the mix, but only part,” noted Wilson. Speaking about the dangers and limitations of THC caps, David said, "There’s no way possible that all these children in Colorado could get seizure control and get off all their medications without using different ratios and adding THC and THCA. It’s impossible to get off all the medications and go through benzo withdrawals without being able to play with the THC ratios.” Wilson and David are hardly alone in their skepticism about CBD-only legislation, and ASA's Dr. Jahan Marcu spoke about the myths of CBD-only at the 2014 ASA Unity Conference back in April.

Perry's bill defines "therapeutic hemp" as "the plant Cannabis sativa L. and any part of such plant, whether growing or not, with a delta-9 tetrahydrocannabinol concentration of not more than 0.3 percent on a dry weight basis," and exempts therapeutic hemp from the CSA. This means that possession, distribution and use of cannabis plants - growing or not - and products derived from cannabis plants cannot have a THC content of greater than 0.3% would no longer be subject to federal prosecution. At first blush, this may seem like a great thing, but this THC percentage is extremely low and could prove to be a difficult standard to achieve for patients hoping to obtain strains such as Charlotte's Web. Any plants that have THC content above 0.3% THC would still be illegal under federal law. Most of the CBD-only laws that were passed this year allow between 0.5% and 3% THC (AL, FL, IA, MS, SC, and TN); therefore, these states would be limited in the manner in which they implement their laws. Because several of these states also require a minimum content of 10% to 15% CBD, it could prove rather difficult to achieve the 30:1 CBD to THC ratio desired by the producers of the Charlotte's Web strain, as the THC cap would mean the desired ratio would be at 9% CBD. Therefore, only ratios of 34:1 would be possible in the 10% CBD minimum states (FL and NC) , and 50:1 in the 15% minimum CBD states (MS, SC, and UT). The 0.3% THC cap would seriously inhibit the ability of parents like Wilson and David to find the correct ratio for their children through the only means possible right now, both with prescription medicine and medical cannabis, and that is trial and error.

Section 2 of HR 5226 also exempts cannabidiol from the CSA, which would be a good thing, because CBD is currently considered a Schedule I substance. However, all of the remaining compounds in cannabis, such as THCA (which shows great potential in helping certain patients with seizure disorders and a host of other ailments) may still be considered Schedule I. That means that meaningful medical research on cannabis beyond CBD might be thwarted if a sufficient amount of these compounds cannot be produced during the cultivation of the "therapeutic hemp." Because the law is silent on the other compounds, they would probably only be legal if they came from cannabis plants that fit the HR 5226 definition.

The limitations section of the bill wisely does not subject therapeutic hemp to the Federal Food, Drug, and Cosmetic Act (21 U.S.C. 301 et seq.), borrowing a page from ASA preferred federal legislation, HR 689, sponsored by Rep. Earl Blumenauer (D-OR), which would do the same, but for all forms of cannabis and cannabis products in states that have made them legal. Also in the limitations section is a clause that is somewhat confusing, which appears to prevent HR 5226 from negating existing state programs. Given that the federal government does not currently recognize existing state programs (except in regards to the non-binding DOJ and Treasury guidance memos), the practical impact of this clause seems minimal, but it does not appear to harm any existing programs, and therefore appears to be harmless to patients.

Silver Lining Could be Hearings

In terms of ending the federal crackdown, the greatest potential that HR 5226 holds is the prospect of getting a hearing in a US House Committee. Medical cannabis legislation (even the watered down variety) has yet to obtain a Congressional hearing. If the bill is given a hearing in either the House Energy and Commerce or Judiciary committees, where the bill has been referred, this could create the opportunity to have a meaningful discussion on a national stage about the merits of CBD, limits on THC, and the overall efficacy of medical cannabis in a variety of forms. However, Congressional legislative hearings, unlike state and local legislative hearings, are held by invitation only. That would limit the scope of the conversation to the quality of the persons selected to speak by the committee's leadership. Even if relatively poor "experts" were chosen, the conversation would still be a leap forward, and myths or absurdities spoken during the hearing would be vetted in the media. Of course, hearings may not even happen, but they would be a silver lining in an otherwise middling bill.

Ultimately, HR 5226 is rather scant, containing just three short sections. It's possible for scant legislation to be very impactful in ending the crackdown on state medical marijuana programs. After all, Rep. Rohrabacher's HR 1523, which like HR 5226 would create an exemption in the Controlled Substances Act, is even shorter than HR 5226, but the exemption the former would create would be more broad and practical to patients in the 23 current medical cannabis states. In fact, HR 5226 would not do anything to end the federal crackdown against patients and providers in existing medical cannabis states. However, neither HR 1523 nor 5226 would both end the crackdown and facilitate additional research. The only bill that would do both of those things in a comprehensive matter is HR 689. ASA does not oppose HR 5226 and applauds Rep. Perry for attempting to create access for some patients, but it does not make much sense to put a great deal of energy into supporting this bill. ASA urges both the US House and Senate to pass truly meaningful and comprehensive legislation, which is why ASA's primary support will remain behind HR 689.