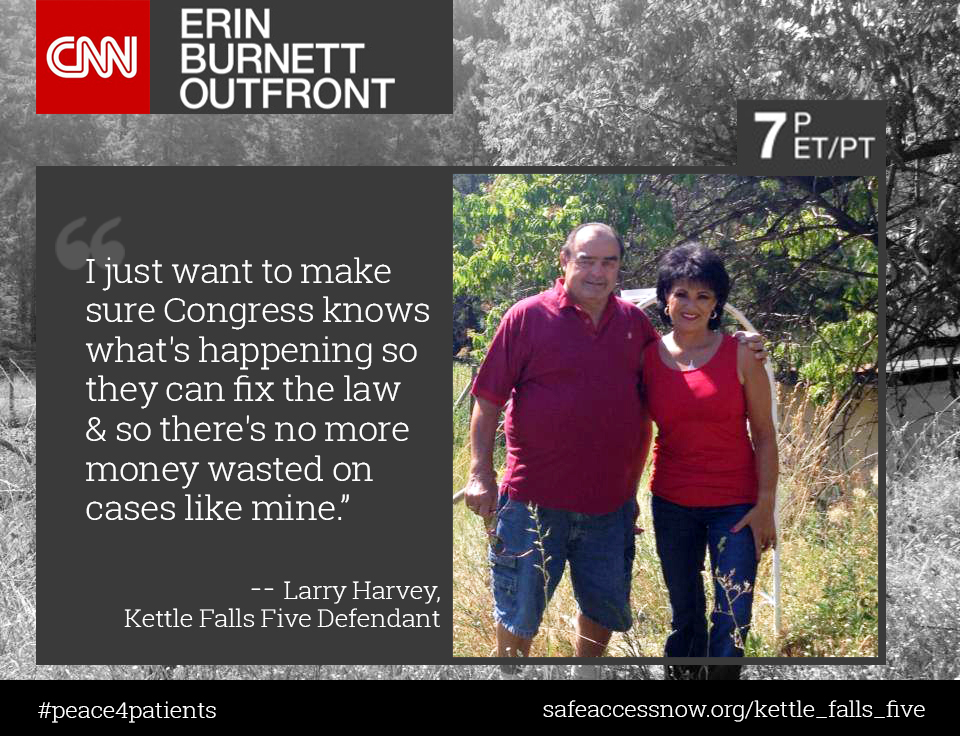 The "Kettle Falls 5" is made up of mostly family members, including Harvey, his wife Rhonda Firestack-Harvey, 55, her son Rolland Gregg, 33, daughter-in-law Michelle Gregg, 35, and friend of the family Jason Zucker, 38. All five are legal patients with serious medical conditions. Larry and Rhonda are retired and have a home in rural Washington State near the town of Kettle Falls. In August 2012, the Drug Enforcement Administration (DEA) raided the property and seized 44 premature marijuana plants. Federal agents also confiscated the family's 2007 Saturn Vue, $700 in cash, their legally owned firearms, and other personal property.

Despite repeated claims by the Obama Administration that it is not targeting individual patients, the Department of Justice (DOJ) has spent more than $3 million so far to prosecute the five patients. If convicted, the DOJ could spend as much as $13 million to send them to prison.