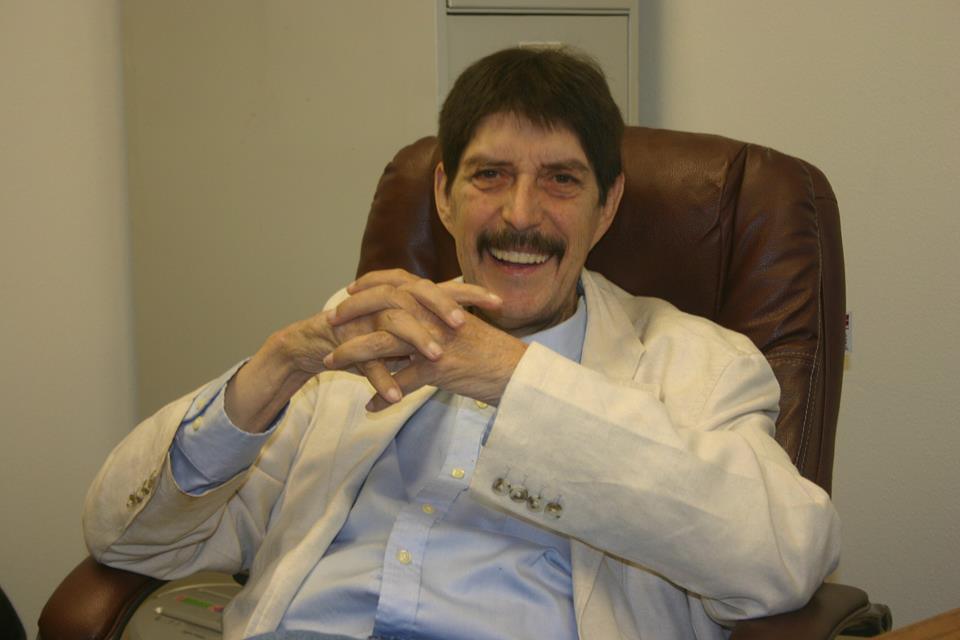 James Lee Jim “Madfingers” Klahr, died November 9th, 2014 at 1 a. m.  Sunday in Portland, after battling liver failure. He had been awaiting a liver donor at Oregon Health Science University. Jim was born November 5th, 1951 in the small town of Beeville, Texas and grew up in Caldwell, Idaho. Jim leaves behind a wife, Marilyn, 2 sons, Dallas and Alfred and many friends. Jim, celebrated his 63rd birthday just days before his death & after seeing one of his Dreams come true.

Oregon had become the 3rd state in the Nation to Legalize Marijuana. He was best known for his advocacy on the marijuana front, but he was also an accomplished musician, small-business owner and politician. Above all, Jim was a better friend & teacher than another one could ever ask to walk onto their path of life and into your hearts. He had a love for good music and an even bigger love to teach others. Abstaining from the use of marijuana while being one of the strongest advocates in Oregon for the long over due changes.

Running for political office multiple times in Curry county, Oregon. Jim  Klahr was a contender for the state representative seat on the November general election ballot — he was on the ballot two years ago — and fought for decades in California and Oregon to change legislation to legalize first, medical marijuana programs and later, recreational use. One of his strongest beliefs and I too agree and will carry on his work to quote his Lovely wife,  “Jim never believed a political seat should be won because someone ran unopposed”, Marilyn Klahr.

Jim helped to start Oregon Green Free, a social and political organization aimed at educating medical marijuana patients. He also sat on The Advisory Committee to Medical Marijuana Program for The State of Oregon. Let’s not forget about his influence on other great organizations, MAMA’s, Oregon NORML, Voter Power, Southern Oregon NORML, and THCF, just to name a few.

Marijuana eased the pain of Jim’s liver problems, but he hadn’t used it for more than 12 years, as doing so would have disqualified him for a liver transplant. The list required the recipients to be drug free. Jim qualified to be on the federal list for a transplant in 2002. During our little chats which sometimes lead to long discussions over the years of our friendship, Jim had shared his past with me of his walk down a dark reckless road of alcohol use and a wild life. Lots of memories! Cannabis had been the ‘gateway drug’ to keep Jimmy off alcohol. Until he had to go onto ‘the list’. A list that his name remained on until his death.

The man that could roar like a lion, using his soft voice as gentle and so comforting and true as a lamb. The impacts he made in Oregon and many other places….the endurance that he seemed to always sustenance were incredible. The life lessons that he taught so many of us will be passed on to other generations, including my own Grandchildren. Take pause, make plan, be patient, if your fall, replan, NEVER LOSE HOPE, WIN!! Oregon had a Huge win this year~NO DOUBT! But we also lost 2 Freedom Fighters & I challenge all of you to live as they both did daily #JimStrong.

Jim Klahr inspired many to stay involved politically in the marijuana normalization movement, stressing the importance of voting, running for office, speaking with legislators, and using the power of politics to spur change. He lived it himself.

I met Jim during the campaign for Ellen (Rosenblum), and during several later meetings to decide whether to try again in 2014. He seemed to know everybody I was just meeting, but treated me like one of his oldest friends at the same time. I never heard him complain about anything, not his health or politics or oppression.  He just was happy to see and feel progress and felt that he was helping little by little to get to the big day. Losing him was a terrible shock and I don't see how we will replace him.

He was a tireless advocate for patients and the legalization of cannabis. He was a friend, colleague and peaceful warrior. He was a kind, generous, intelligent, fair, compassionate and talented man who also led with his heart.

He was a sweet, gentle man, such a hero among advocates for the patients and for medical cannabis generally.

I learned a lot from Jim and was very inspired by him. He touched so many people and care for medical cannabis patients even though he wasn't able to use cannabis himself.

Lori Duckworth is a member of the Cannabis Activists. She is also community organizers that ran Southern Oregon NORML and Southern Oregon Cannabis Community Center in almost five years, until their facility and home were raided on May 23, 2013.