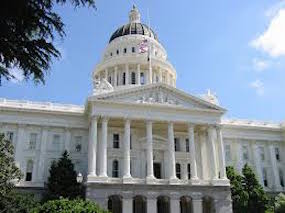 The California Legislature adjourned tonight, following a session that included more than a dozen bills concerning medical cannabis. Patients, providers, and other stakeholders scored some big victories in Sacramento this year, and now we have important work to do. ASA is committed to working hard to build on the momentum of the legislative session. We are going to be aggressively defending new rights won this year, helping write new regulations for commercial medical cannabis activity, acting as a watchdog on implementation, and more. We are going to need your help and support to get it done.

ASA has been working on California legislation since 2003, and we have had a full-time legislative office in Sacramento for more than three years. Our exclusive focus on medical cannabis and pragmatic approach to legislation has helped us to be effective advocates and to get results. This year ASA passed important bills, secured beneficial amendments, and helped stop and mitigate bad proposals. We also brought the voices of hundreds of patients and others directly to lawmakers with our annual citizen lobby day. The thousands of patients who have taken part in ASA’s annual lobby days over the years have  helped to fundamentally change the way elected officials see the issue of medical cannabis in California.

Join me for a live Google+ Hangout on Tuesday, September 15, at 8:00 PM to hear more about this year’s progress and what comes next. Use these links to join the broadcast:

(Please note that it may take a couple of days for the state to publish the final language and votes on each of the bills at the links included below.)

We are most proud of the adoption of AB 258 (Levine), the ASA-sponsored Medical Cannabis Organ Transplant Act. This bill will prevent anyone from being denied an organ transplant based only on legal medical cannabis use. The adoption of this bill makes California the seventh state to protect patients in jeopardy of being denied a potentially life-saving transplant. The widespread policy of denying organ transplants to legal patients has already caused preventable deaths. We know this bill will prevent new tragedies.

Unfortunately, old stigma and outdated policies remain. It is not enough to pass a law like this. Now we have to be sure it is implemented statewide. ASA will be reaching out to health care providers and patients to educate them about medical cannabis use and the new law this Fall. We will also be monitoring cases of non-compliance, advocating for victims of discrimination, and helping patients fight back.

ASA has worked diligently on these bills to be sure that they are as beneficial as possible for patients and providers. Most importantly, we insisted that individual patients and caregivers be completely exempt from licensing and regulation. We won that battle. Patients and caregivers still have the right to cultivate and use their medicine, without jumping through any new hurdles!

Look for more specific information about the final content on the bills on Monday. The last proposed version of each bill was posted on ASA’s California Campaign for Safe Access email discussion list last night.

Regulatory bills are complicated and often controversial. Lawmakers, law enforcement, local government, industry and patients all made compromises this year. It is important that we accomplished this now. Our research and experience show that regulations preserve access for patients, while reducing crime and complaints. Statewide licensing and regulation will also ensure higher quality standards and increased product safety, protect industry workers from prosecution, and help eliminate public ambivalence that has prevented some cities and counties from regulating medical cannabis since 1996.  These bills will also give clarity to those who are writing an anticipated voter initiative to legalize adult use of cannabis in November of 2016.

Not everyone in the field of medical cannabis will be willing or able to comply with regulations; and there is a chance that regulations will increase costs in the short term. However, the emerging medical cannabis industry in California has learned to be flexible and resilient during the ups and downs of the last eighteen years. We are  confident that California is ready for regulations and the benefits they bring to patients.

ASA helped stop SB 305 (Bates), a bill that would have authorized longer sentences for people who manufacture concentrated cannabis in a structure where a child under 16 years old is present. ASA appreciates the need for safety, but a penalty-based approach to regulation is ineffective. The manufacturing of concentrated cannabis using volatile solvents, like butane, is best regulated by the state agencies charged with developing and implementing commercial medical cannabis rules. Increasing penalties is unlikely to deter those engaged in risky behavior. In fact, it is unlikely that those people making concentrates will even know about the enhanced sentences before they are charged with a crime.

ASA has big plans for next year. We want to expand protection from discrimination for legal patients to include employment, housing, parental rights, and access to prescription drugs. We may also need to revisit the new commercial regulations to correct shortcomings and deal with unintended consequences. ASA will also be monitoring the voter initiative process to help ensure that an anticipated vote on legalizing cannabis for adult use in November of 2016 works for patients and responsible adults.

This work matters, and your participation and support make it possible. Keep responding to our action alerts, attending lobby days, and pushing for local ordinances that allow cultivation and safe access to medicine. And if you haven’t done so already, join the nation’s leading medical cannabis patients advocacy team so that we have the resources we need to keep making a difference in California and nationwide.