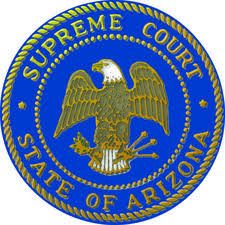 The Arizona Supreme Court overturned a law this week that made it a crime to drive with any detectable amount of an illegal drug in your blood, including medical cannabis. This is an important victory for patients in Arizona, and we hope, the beginning of a more rational national conversation about medical cannabis and driving while impaired. Patients are at risk when lawmakers ignore the science of medical cannabis use and criminalize those who are obeying state medical cannabis laws.

The Arizona Supreme Court rightly pointed out that the presence of metabolites does not necessarily indicate impairment. Let’s hope that lawmakers in other states take notice. Colorado and California are both considering bills to criminalize drivers with unreasonably low levels of THC in their blood. Lawmakers are entertaining proposals that would criminalize legal patients driving with as little as two nanograms per milliliter of THC in their blood. How little is that? A milliliter of blood weighs approximates one gram, and a nanogram is one billionth (0.000000001) of a gram!

Legal medical cannabis patients who test positive for miniscule amounts of THC are not impaired and are not a hazard.  In fact, it is unclear that there is a bona fide public safety need for including medical cannabis in drugged driving legislation. Consider the information presented by Jacob Sullum in an Op-ed in Forbes in February.  According to data from the US Department of Transportation, traffic fatalities in California fell by 31% between 1996, when voters adopted Proposition 215 allowing medical cannabis use, and 2010. This data refutes a study published by the American Journal of Epidemiology in January that erroneously claimed that adopting medical cannabis laws results in higher traffic mortality. In fact, a study published last year by the Journal of Law & Economics found that traffic fatalities decline following the adoption of medical cannabis laws.

No one wants to see impaired drivers on the road, but we cannot let our desire for safety override common sense. Law enforcement should enforce existing laws against drugged driving and established methods for impairment testing to protect public safety. If new legislation is needed, ASA calls on lawmakers to find solutions that respect the rights and protect the welfare of responsible, law-abiding medical cannabis users.