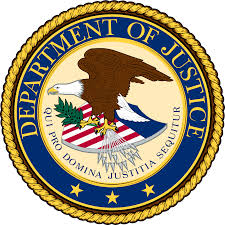 Earlier today, Tom Angell chairman of Marijuana Majority scored a big scoop revealing for the first time the Department of Justice's detailed response to the Rohrabacher-Farr Medical Cannabis Amendment. Sadly, if not completely surprisingly,  the DOJ argues that federal prosecutions against private citizens participating in state-level medical cannabis programs would not be impacted by the amendment. DOJ also appears to admit to providing misleading information to Congress ahead of last year's vote on Rohrabacher-Farr.

The February 27, 2015 DOJ memo shows that they were providing either deliberately misleading statements or, at the very least, contradictory and confusing messages in their talking points in opposition to the Rohrabacher-Farr amendment that was offered to protect citizen access and participation in state-level medical cannabis programs. The language of the amendment and numerous statements clarifying the intent of the bill's sponsors make it clear that DOJ is barred from interfering with conduct that is legal under a given state's medical marijuana law.

DOJ's analysis of the term "implementation" is flawed in its conclusions. The Department does not directly define the term in the memo, and notably, implementation is not explicitly defined in the U.S. Code, federal case law, or even Black’s Law Dictionary. Because Webster’s has multiple definitions of the term, one must look to the floor debate to see which of the dictionary meaning is most appropriate. Upon a review of the various definitions of the term and the floor debate statements from Representatives Farr, Titus, Lee, and the others, it is readily apparent that the transitive verb “implement,” which means to, “carry out, accomplish; especially: to give practical effect to and ensure of actual fulfillment by concrete measures,” is the only appropriate definition to apply. If parties participating in medical marijuana programs are unable to acquire medicine from licensed dispensaries or pay fees for licensure and renewal as well as taxes, complete fulfillment of these laws is impossible. Therefore, if actual fulfillment of the state medical marijuana laws is not achieved to due federal law investigations, raids, arrests, prosecution, and incarceration, then by definition state implementation of these laws is being interfered with, because fulfillment must be ensured. It is not possible to accomplish the purpose of the state medical marijuana laws if the parties utilizing the state program (patients, caregivers, physicians, cultivators, providers, landlords, etc.) are being thwarted from engaging in this conduct due to federal interference. Any federal interference from DOJ that undermines this fulfillment is prohibited by the Rohrabacher-Farr Amendment.