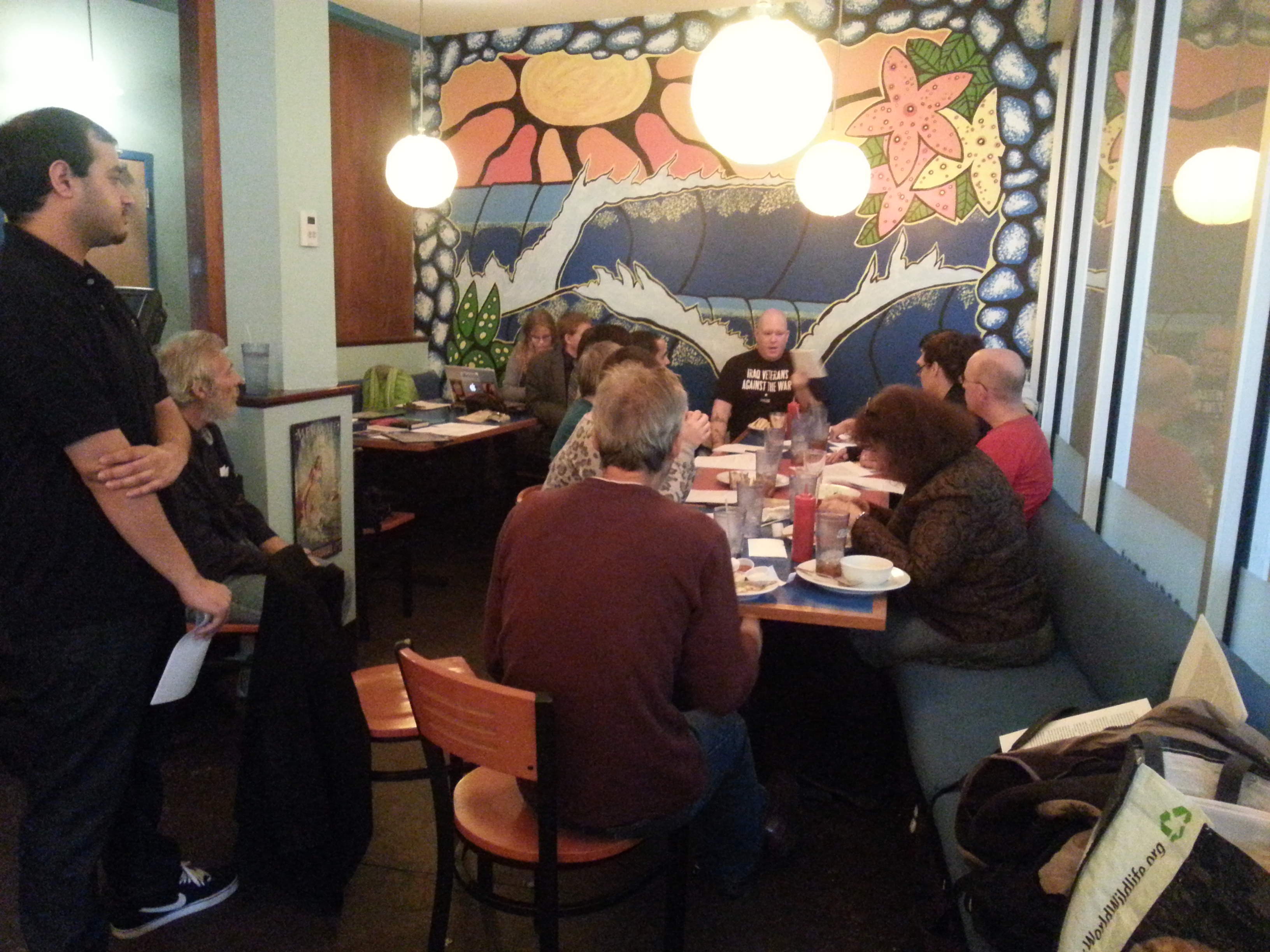 Safe Access Virginia (SAV) held its first meeting last Saturday, November 16th, at a restaurant in downtown Richmond, VA. Nearly twenty people attended, representing areas from all around the commonwealth. Members from drug policy reform organizations including VA NORML, Students for Sensible Drug Policy at VCU and Virginians Against Drug Violence offered their support in bolstering our cause.  We even had a visit from Bismarck, the well-known St. Bernard behind Canines for Cannabis! We are thankful for this turnout, given that many of these people drove for hours to work with us to legalize medical cannabis.

Led by Vice Chair Mohammed Mustafa and Chair TJ Thompson, the meeting was a great success. We covered our focus and goals, highlighting our drafted Virginia Medical Cannabis Act, which sets up a regulatory framework for the cultivation, production, processing and distribution of medical cannabis, the implementation of which is to be overseen by a health committee established by the Act. We discussed – some of us more passionately than others – which legislators we have contacted, who is sympathetic and who may represent a political roadblock. We directed our members to talk to their representatives, and gave them the resources for referencing our Act. As our chapter is less than one month old, this is major progress.

SAV is now planning to host regional breakout meetings, since traveling to the capital city of Richmond is prohibitively difficult for some. We are also looking into setting up a video chat connection for members to participate virtually. Other than scheduling meetings and phone calls to find a sponsor for our legislation, we plan to host a fundraiser event and a public seminar on the therapeutic role of cannabinoids within the next few months.

We have tentatively decided to hold a lobbying workshop as well, to ensure that our message is portrayed clearly, succinctly and professionally. Our ambitious plans demonstrate the profound passion and sense of urgency that all medical cannabis advocates share. We appreciate all who came out to support our growing chapter and we’re looking forward to enacting real policy change in our stubborn commonwealth. We are confident that our strong start will translate to safe access to medical cannabis for residents of Virginia in the near future.