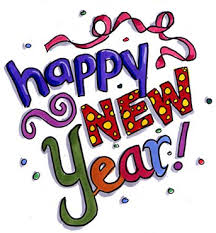 Happy New Year, California! We had a big year in 2014, and are looking to accomplish even more in 2015. Just consider some of what you helped ASA achieve this year…

We have a lot more to do in 2015. Cities and counties will continue to wrestle with regulations and bans on cultivation and distribution. Our state legislature is already mulling at least two proposals for commercial medical cannabis licensing. ASA is gearing up to fight another medical cannabis DUI bill, and we are looking forward to sponsoring a bill to prevent discrimination against legal patients who need organ transplants.

Thanks in advance for your ongoing commitment and support for the grassroots medical cannabis campaign. Have a safe, happy, and healthy holiday!

Marijuana has never had a year like 2014.
Read and watch a video more here:
http://www.nbcnews.com/storyline/2014-year-in-review/year-pot-legal-sales-anti-marijuana-voices-boomed-n272081

In a sharp reversal of federal drug policy, Congress has prohibited the Justice Department from interfering with laws in California and other states that allow the medical use of marijuana.
Read more here:
http://www.sfgate.com/bayarea/article/New-law-could-affect-criminal-sentences-in-5974026.php

Following a trend of relaxing marijuana policy, the Department of Justice announced recently that it will no longer prosecute people who grow marijuana on tribal lands.
Read more here:
http://www.northcoastjournal.com/humboldt/pot-turnaround-on-tribal-lands/Content?oid=2789226

Want your medical marijuana delivered? There might not be an app for that.
Read more here:
http://www.nbclosangeles.com/news/local/judge-halts-medical-marijuana-delivery-service-app-los-angeles------286706431.html

Monday, December 29, 2014 - Marijuana Compassion and Common Sense (Online)
6:00 PM at www.blogtalkradio.com/marijuananews Tune in for this weekly live Internet broadcast about cannabis and medical cannabis issues. You can call in to participate.

There are no ASA Chapter meetings scheduled this week.