Congress has taken the first step toward allowing access to financial services for medical cannabis businesses. On February 13, a key House subcommittee held a hearing on the Secure and Fair Enforcement (SAFE) Banking Act of 2019. Americans for Safe Access submitted written testimony to members of the House Subcommittee on Consumer Protection and Financial Institutions in preparation for the hearing.

Medical cannabis programs with licensed businesses have become the norm in the U.S., but federal law has not kept pace. Because cannabis remains prohibited federally, the income from state-licensed businesses is considered illegal proceeds, forcing them to operate on an all-cash basis.

“Federal drug laws and bank regulations have not evolved to reflect this new reality at the state and city level,” noted Subcommittee Chair Gregory Meeks (NY-05). “The absence of a broader permanent regulatory framework continues to keep nearly all banks out of this growing industry despite a clear interest.”

The large amounts of cash cannabis businesses accumulate creates a security risk with predictable consequences, including armed robbery. Rep. Denny Heck (WA-10) was among those who urged Congressional action.

“We have the power in this committee to prevent murders and armed robberies, and we must use it. We must use it now, because we are already too late,” Rep. Heck said.

Allowing cannabis-related businesses access to traditional banking services would enable cashless and online sales, which would eliminate the need for patients to carry cash, facilitate patients’ use of delivery services, and increase delivery drivers’ safety.

“We need these marijuana-related business and employees to have access to our banking system,” said Rep. Ed Perlmutter (CO-07). “It will improve transparency and accountability and help law enforcement root out illegal transactions to prevent tax evasion, money laundering, and other white-collar crime. Most importantly though, it will help reduce the risk of violent crime in our communities.”

“Access to banking is an important step in making medical cannabis accessible to those who need it,” said David Mangone, Director of Government Affairs at Americans for Safe Access. “Laying the groundwork of basic financial services allows patients to buy their medicine through legitimate businesses that test and appropriately package products rather than through the illicit market.”

More Information:
Video of the hearing.

After the World Health Organization (WHO) last month recommended rescheduling cannabis and its derivatives, the Trump administration is asking the public to submit comments. The U.S. Food and Drug Administration (FDA) published the notice in the Federal Register, saying any comments “will be considered in preparing the United States' position on these proposals for a meeting of the United Nations Commission on Narcotic Drugs."

A vote on reclassifying cannabis under international treaties could happen within weeks.

The WHO’s critical review determined cannabis and its extracts should be moved from the most restrictive category. A separate, earlier determination found that cannabidiol (CBD) does not warrant any controls, as it has no abuse potential and is safe to use.

The WHO’s Expert Committee was scheduled to release its report earlier, so the delay may put off the vote of the Commission on Narcotic Drugs, which meets March 14-22. The following meeting is in December 2019.

In anticipation of the earlier date, the FDA is cutting off public comments on March 14. If the vote is delayed, the FDA says the comment period will be reopened. The Trump administration has asked for public comments on cannabis rescheduling twice before.

The Farm Bill’s changes to the legal status of hemp and hemp extracts, including CBD, has started a process of developing and implementing new federal regulations. The U.S. Department of Agriculture (USDA) is holding a public “listening session” March 13, and Agriculture Secretary Sonny Perdue told the House Agriculture Committee that the department will have rules in place to get hemp growing in 2020.

Before state hemp cultivation programs can be developed and approved by federal regulators, the USDA must produce guidelines for defining and testing hemp, certifying crops and land use, and disposing of plants and byproducts. For 2019, limited hemp cultivation will be allowed under the research program provisions of the 2014 Farm Bill, which is far more restrictive.

The federal Food and Drug Administration (FDA) also has a developing role in regulating hemp extracts such as cannabidiol (CBD). The FDA last month announced plans to hold an April meeting with stakeholders to address CBD regulation. FDA Commissioner Scott Gottlieb told a House subcommittee that a working group of agency experts is being formed to develop options for CBD, including the possibility of parallel regulations, one for pure pharmaceutical CBD isolates and another for lower concentrations as a food product or dietary supplement.

The agenda and award winners have been announced for ASA’s annual National Medical Cannabis Unity Conference. Held at the Omni Shoreham Hotel in Washington, D.C. from March 18-20, the theme for the 7th annual conference is “The Price of Being a Medical Cannabis Patient.”

Activities start Monday, March 18, with two free events, open to both conference attendees and the public. First is a midafternoon Veterans Roundtable, followed by a Cannabis 101 workshop.  A welcome reception for attendees closes out the day. 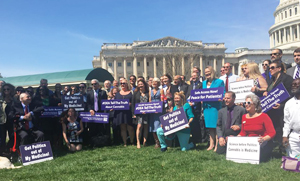 Tuesday, March 19, after breakfast and opening remarks from ASA founder Steph Sherer, conference participants will get training on effective citizen lobbying from ASA’s Director of Government Affairs, David Mangone. Buses will transport advocates to Capitol Hill for a press conference and appointments with their elected representatives and staffs.

That evening, ASA is hosting a VIP Reception and Awards Dinner honoring this year’s recipients. Those being recognized for the contributions in 2018 to advancing safe access are: 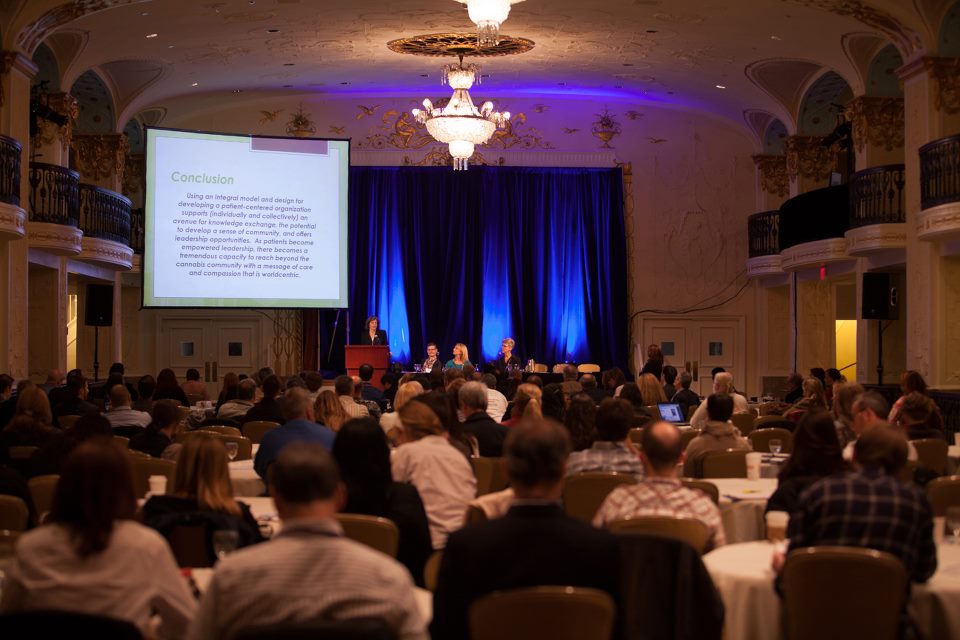 On Wednesday, March 20, panels will explore the financial and social barriers that medical cannabis patients face and discuss strategies to overcome them. The topic for the first panel is “The Experience of Being a Medical Cannabis Patient in the U.S.,” which will explore the financial and social hurdles that medical cannabis patients face, from the high cost of medicine to impacts on individual rights. The second morning session is “What in the World Is Happening? Medical Cannabis, CBD, and Hemp Global Markets,” which will examine global legal barriers, how international regulations and laws impact patients, and how changes to them will affect patients in the U.S.

Following lunch, a panel will consider “CBD, Medical Cannabis, Hemp Foods, and Adult Use: What Does It All Mean for Patients and Medical Professionals?” Experts will discuss misinformation about the legality of these products as well as barriers to access in these markets. The last panel of the afternoon will be “Advocacy in the Courts: Protecting Patients’ Rights,” which will cover current legal and judicial issues that medical cannabis patients face. Following that, key stakeholder groups will convene to discuss strategies and next steps for advancing safe access in 2019 and beyond. ASA’s Steph Sherer will close out the conference with brief remarks.

As part of the special veteran focus of this year’s conference, all veterans will get 10% off registration and a special ribbon to display on their badge.  To register as a veteran and receive the special discount, please email [email protected]

Find out more and register today at http://www.nationalmedicalcannabisunityconference.org/

Americans for Safe Access' Patient Focused Certification (PFC) program will be hosting a retail training in San Francisco March 11-12. This training covers staff-level training and will include courses such as Cannabis as Medicine and Distribution Operations. ASA California Director Don Duncan will be guest speaking about his experiences working in the cannabis industry. The courses will run from 9am to 5pm March 11 and from 9am to 1pm March 12. To register, see https://www.safeaccessnow.org/live_pfc_distribution_training. 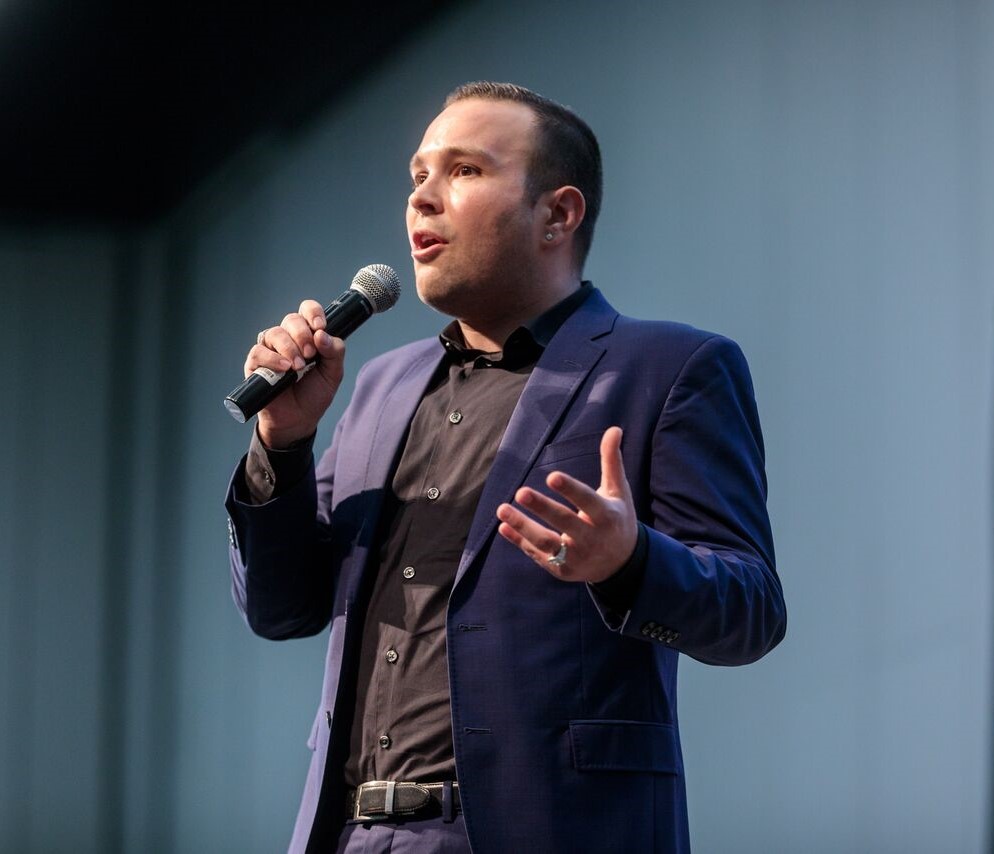 Joshua Crossney first got interested in the medical cannabis industry in 2015 when he realized that, compared to other fields of medicine and science, the research and testing standards for cannabis were lacking. At the time, Josh was working for a company that provides staffing solutions for environmental laboratories, so he had the skills and connections to bring people from traditional science and medicine into the cannabis industry. And he saw a critical need.

“It was alarming to realize that some states do not require any quality control on cannabis medicine,” Josh says. “That means patients with compromised immune systems can be exposed to contaminants from environmental factors and human error.”

He also realized quickly that there were few platforms other than general cannabis business trade shows, so there was a need for a venue for researchers to come together to share information about new developments.

“I’m committed to bringing in people with great technical knowledge who can be educated on cannabis, says Josh.

For 2019, the conference is expanding to two locations, with an April east coast show in Baltimore added to the Portland event in September.

“We’ve had great growth over the past three years, and we have seen many states on the east coast develop medical cannabis programs since then, so we wanted to branch out and bring our educational platform to this new market,” Josh says, “It is full circle to bring it back to Baltimore, where we’re based. The East Coast is really hungry for this.”

Josh is not just connecting research professionals, he is working to bring therapeutic cannabis solutions to children as a board member of CannaKids, an organization based in California that is supporting pediatric patients with conditions such as cancer and epilepsy.

“People have reservations about cannabis and children, even with debilitating conditions,” Josh says. “It may be controversial, but it shouldn’t be when compared to chemotherapy and other treatments.”

His work for children is Josh’s big passion, and he hopes that by combining industry and advocacy, he can help protect the medical aspects of cannabis as adult-use regulations expand.

“The ‘regulate it like alcohol’ approach really scares me,” Josh says. “Not as a medicine? How would the sick children have access, if it’s regulated like alcohol?”

Action Alert: Join us at Unity and Lobby Day March 18-20

ASA’s annual unity conference offers several ways to take action. Join us Monday afternoon, March 18 at the Omni Shoreham Hotel in Washington, D.C. for the Veterans’ Roundtable and the Cannabis 101 Workshop. Both are free and open to the public. On Tuesday, all advocates can join us on Capitol Hill for lobbying, or watch for our email about how you can lobby your elected officials from home. Register for the full conference and ASA will help you make appointments with your representatives, and you’ll get a chance to participate in all the networking and educational panels. Register for Unity 2019 today at http://www.nationalmedicalcannabisunityconference.org.