Noted marijuana author Ed Rosenthal had the majority of the federal charges against him dismissed on March 14, thanks to the legal work of Americans for Safe Access' Chief Counsel, Joe Elford. The judge in the high-profile case made an extraordinarily rare ruling that the government was engaging in an illegal "vindictive prosecution" when it expanded the charges against Rosenthal upon re-indicting him. 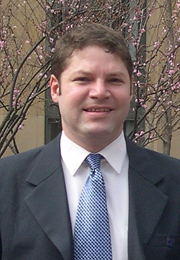 Convicted in 2003 on three felony marijuana counts in a case that received worldwide media attention, the 62-year-old medical marijuana advocate had his convictions overturned by a federal appellate court in 2005. The government then brought a new indictment against Rosenthal that included not only the original charges related to growing medical marijuana as part of a City of Oakland program, but also tax and money laundering charges.

In dismissing the added charges, federal judge Charles Breyer said the US Attorney's office was attempting to portray Rosenthal as a common criminal in order to dissipate the harsh criticism of the government. Prosecutors indicated they intended to retry Rosenthal anyway on just the marijuana charges -- despite the fact that Rosenthal has already served the symbolic one-day sentence he received for the original conviction. Judge Breyer postponed the case to give the government time to reconsider, asking what purpose could be served by a new trial and directing prosecutors to find another case of a defendant being re-tried after serving his sentence. 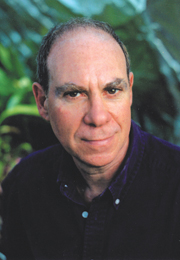 Dismissal of the added charges brought a sigh of relief to many in the Bay Area medical marijuana community, as more than 70 witnesses had been subpoenaed by the government to testify against Rosenthal, beginning with the federal grand jury in August 2006. Throughout the process, ASA staff worked to protect the rights of the subpoenaed members of the community, many of whom were reluctant to testify.

During the grand jury phase, at least four witnesses were subpoenaed, two of whom refused to testify and were close to being jailed for contempt. ASA informed and trained these and other people subpoenaed about their rights in general and, specifically, before a federal grand jury. ASA also secured legal counsel experienced in grand juries for one of the people the government was attempting to coerce into testifying.

In addition to helping Ed Rosenthal and the people the government is trying to strong-arm into testifying, ASA has been attending court hearings, mobilizing grassroots court support and keeping the community informed about what was happening in the case.

At the next hearing in the Rosenthal case, scheduled for Friday, April 13, prosecutors will reveal whether they are appealing the "vindictive prosecution" dismissal or dropping the remaining charges.

For the second consecutive year, ASA is working with a coalition of organizations and patients hoping to pass a new and improved medical marijuana law in Maryland.

In 2003, Maryland became the ninth state to pass a medical marijuana law, but rat her than make medical use legal, the law merely allows for a reduction in the severity of the criminal penalities. Medical cannabis patients are now permitted to argue that their use is a medical necessity; if successful, patients face a fine of not more than $100.

ASA and Maryland patients are asking the state legislature to pass bills that would stop classifying patients as criminals altogether. The twin bills, one in the state senate and one in the House of Delegates, are sponsored by Delegate Nathaniel Oaks (D-Baltimore) and Senator Lisa Gladden (D-Baltimore).

Post-polio sufferer Barry Considine, 53, was among the patients joining ASA in testifying before the Maryland House of Delegate's Judiciary Committee in support of the House version of the proposed Compassionate Use Act.

"For myself, I choose to sometimes augment or replace harsh opiates to relieve pain caused by Post Polio Syndrome with marijuana," said Considine. "For over thirty-seven years I have dealt daily with pain. Despite all that medicine can offer including such things as cortisone injections and radio frequency treatments, it is still marijuana, that provides that last little bit of relief."

Director of Government Affairs Caren Woodson also testified before Maryland lawmakers in support of the bill, which would establish an ID card system and exempt patients and their caregivers from arrests, penalties and disciplinary action. ASA staff also approached key members of the Maryland House and Senate. But with the chairman of the judiciary committee blocking a vote by the committee, the bill will not likely see any action from the House and Senate.

"There is scientific consensus about the therapeutic efficacy of cannabis for many patients and conditions," said Woodson. "We're baffled that some lawmakers prefer to criminalize patients rather than address this as a public health crisis."

For ASA's testimony at the hearing, see AmericansForSafeAccess.org/MDTestimony.

The Mountain Democrat, California's oldest newspaper, ran an extensive story on the pair's trip to the Capitol and their meeting with the area's representative, Congress-man John Doolittle. "It was the first time I had met with advocates of medical marijuana," the congressman told the Mountain Democrat. "I thought they made the best case for it," he said of the meeting with his constituents.

Vaughn said Congressman Doolittle "listened intently" while he and Kearney described how the conflict between federal and California law can create situations where patients and caregivers can lose their homes and other assets to federal seizure, even though they are acting on the advice of doctors in accordance with state law.

Vaughn, who is director of the non-profit MMCA, said, "Don and I found Mr. Doolittle genuinely receptive to the concerns of California-qualified medical marijuana patients."

Unfortunately, the congressman said he is not currently inclined to introduce legislation to resolve the conflict between federal and state laws. Doolittle remains concerned about drug abuse in the general population, but he left his constituents with the impression that he would give the matter further thought.

Vaughn and Kearny credited ASA's national office with providing them the information they needed to make a compelling case to not only their representative but the other GOP officials they met in Washington, D.C.

On March 14, the Ninth Circuit Court of Appeals put what appears to be the final touches on a widely watched medical marijuana case. In McClary-Raich v. Gonzales, the court addressed the issues remaining after the Supreme Court ruled the federal government has authority under the Commerce Clause to regulate medical marijuana. Specifically, the Ninth Circuit held that McClary-Raich:

(1) could not obtain a preliminary injunction to bar enforcement of the Controlled Substances Act based on common law medical necessity, although she appeared to satisfy the factual predicate for such claim;

(2) application of the Controlled Substances Act to medical marijuana cultivators and users does not violate substantive due process guarantees; and

(3) the Tenth Amendment does not bar enforcement of the Controlled Substances Act.
While the court did not find a basis for blocking the prosecution of medical marijuana patients, the language of the decision bodes well for the future of medical marijuana.

"We agree with Raich that medical and conventional wisdom that recognizes the use of marijuana for medical purposes is gaining traction in the law as well."

But, the court continued, "For now, federal law is blind to the wisdom of a future day when the right to use medical marijuana to alleviate excruciating pain may be deemed fundamental. Although that day has not yet dawned, considering that during the last ten years eleven states have legalized the use of medical marijuana, that day may be upon us sooner than expected."

Of particular importance is that while the federal appeals court said "medical necessity" was not grounds for an injunction in a civil suit, it might be a defense for a criminal defendant.