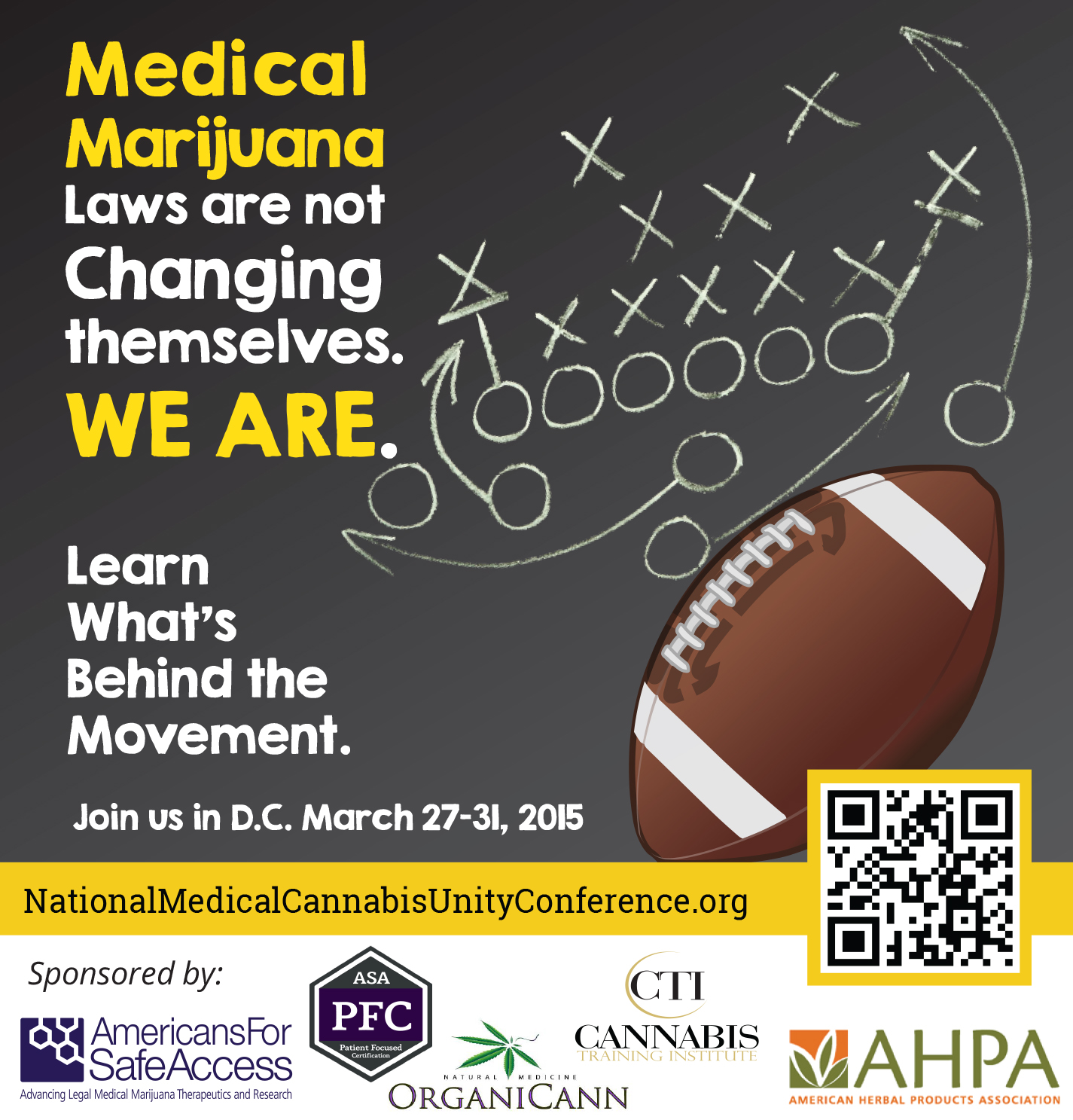 ASA formally announced its 3rd annual Unity Conference, "Wellness is Winning: Advancing Evidence Based Medical Cannabis Policy," by running an ad in the USA Today. The conference, which is being held in Washington, D.C. on March 27-31, 2015, will highlight medical and legal experts, policymakers, and a wide array of workshops and panels focusing on scientific research, strategic planning, and skills building. On Tuesday, March 31st, ASA will host a press conference at 11am, followed by Congressional lobbying visits by hundreds of patient advocates.

The quarter-page USA Today ad, which ran all last week in the newspaper's NFL Superbowl Preview publication, appeared on news stands across the country. This week, a digital version of the ad is running online for millions of Internet viewers. Sponsors of the ad include the American Herbal Products Association, Cannabis Training Institute, Patient Focused Certification, and OrganiCann.

The conference officially opens on Saturday, March 28th, with a keynote address by medical marijuana researcher Dr. Ethan Russo of GW Pharmaceuticals, which will be followed by panel discussions and stakeholder breakout sessions. Sunday, March 29th, will feature experts discussing medical marijuana research, the state of policy reform in the U.S., and the harmonization of regulatory schemes from legalization, Pharmaceuticalization, Herbal medicine, and Industrial Hemp.

Monday, March 30th, is dedicated to educational and skills building workshops, with an awards dinner that evening. On Tuesday, March 31st, there will be a Lobby Day Training in the morning, followed by a press conference at 11am, and Congressional visits that afternoon with hundreds of conference participants advancing federal medical marijuana policy reform.