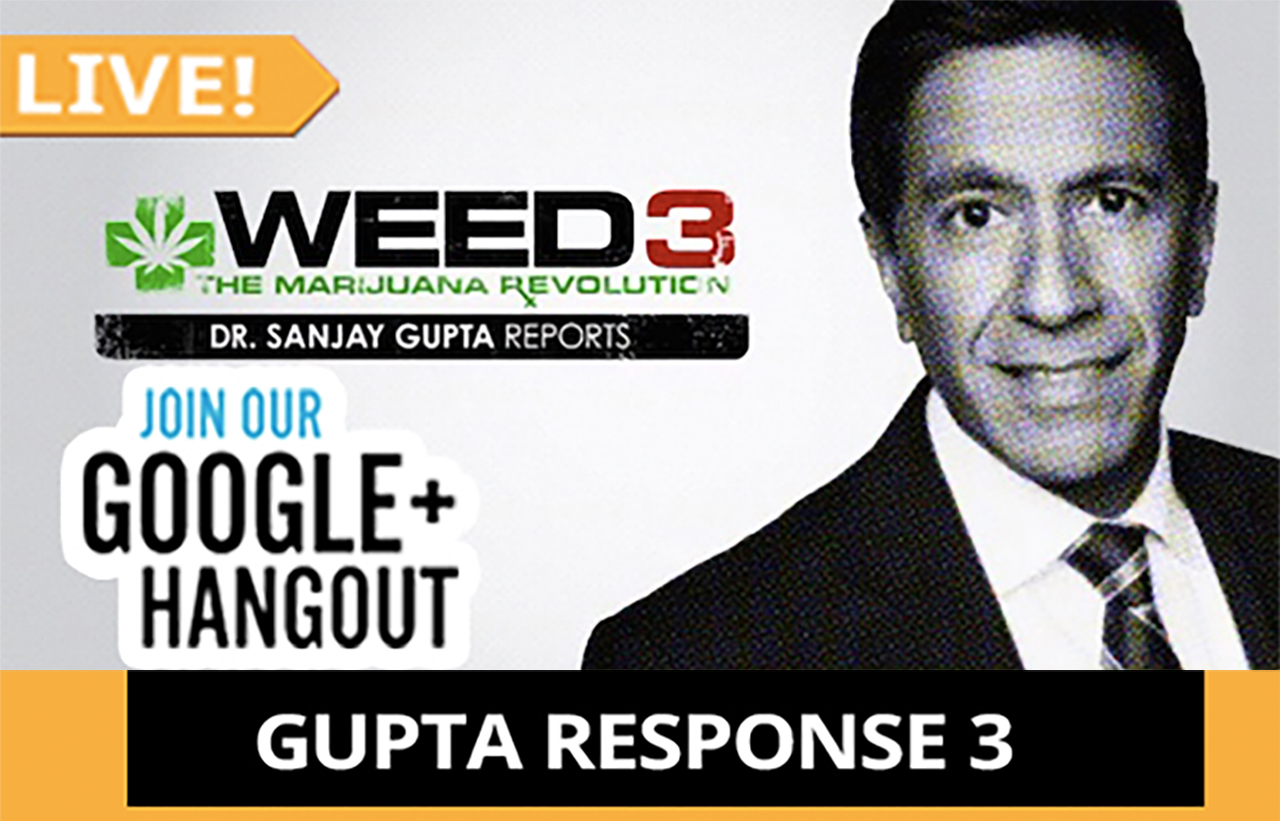 We couldn’t agree more. However, since there are so many subjects that can’t be fit into one hour of television it’s worth asking what would a medical marijuana revolution really look like? What would get in the way? On April 20th ASA hosted a Google Hangout to discuss Weed 3 and a three key themes emerged:

From the beginning the Weed documentary series shined by showing the positive and sometimes life-altering benefits that medical marijuana provides to everyday people. In Weed 3 we saw the trend continue with US veteran and PTSD patient Sean Kiernan, who like many other former soldiers uses marijuana to help quell PTSD. Showing Americans the full variety of medical marijuana patients is absolutely essential for the medical marijuana revolution and we’re confident more and more patient will continue to tell their stories and get the truth out about the full range of medicinal value of marijuana

The National Institute of Drug Abuse (NIDA) has long been the only place medical researchers can turn to get official sources of marijuana for their studies. Although they are now producing many more marijuana strains than in the past, they are still failing to meet the needs of researchers like Dr. Sisley, who is still waiting for a strain that other expert growers could have produced in three months.

Ending NIDA’s monopoly as the supplier of marijuana is an essential step in the medical marijuana revolution and one several reasons we need the CARERS Act to be passed into law.

3. “There is an unnecessary division trying to brand one component (CBD) as therapeutic and one compound (THC) as something else .” Jahan Marcu Ph.D

Noting President Obama’s suggestion that we follow “follow the science” cannabinoid researcher and ASA senior scientist Jahan Marcu noted the efforts to brand the marijuana component CBD as the sole or primary therapeutic aspect of marijuana and THC as solely a recreational component of marijuana. In fact we know a great deal more about THC then we do about CBD including that THC acts a neuroprotectant and produces potent anti-inflammatory effects that aid against neurodegenerative disorders. Further, researchers tell us that THC, CBD and the other 480 unique natural compounds found in marijuana best produce therapeutic effects when working together, instead of isolated, through the “entourage effect.”

If you’re interested in learning more check out the full Google Hangout here.