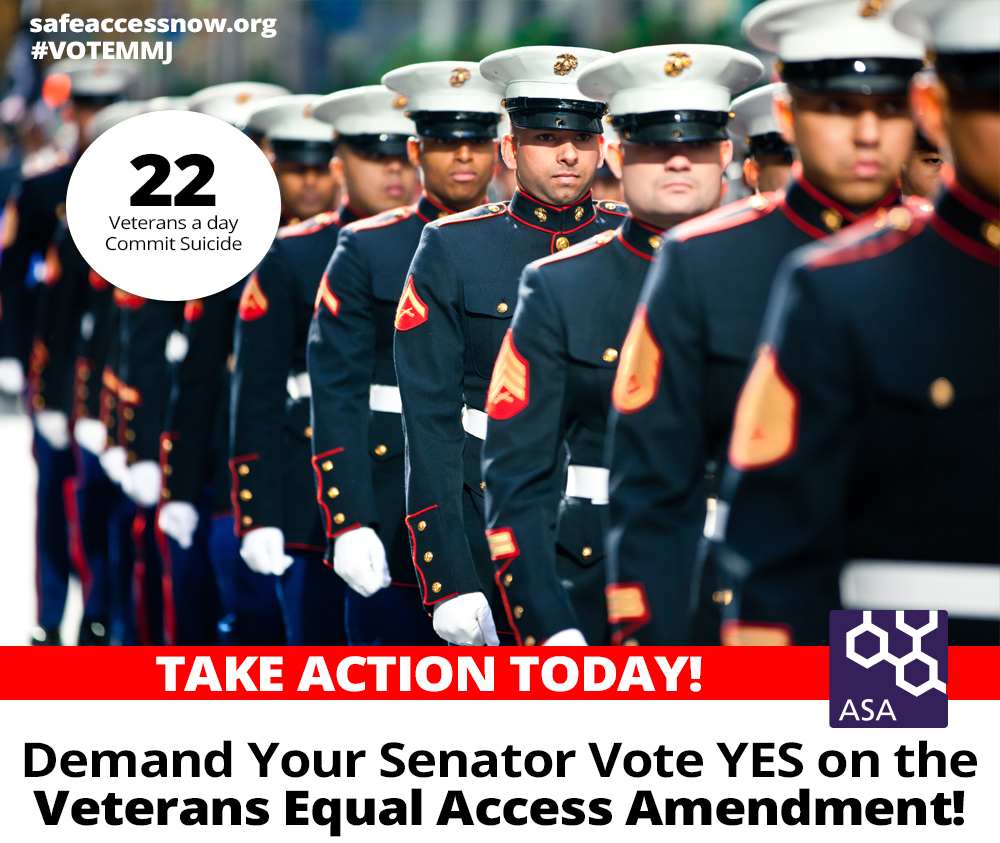 On Thursday, the U.S. Senate Appropriations Committee will vote on the Veterans Equal Access Amendment as part of the full committee markup of the MilCon-VA Appropriations Bill. The amendment will be reintroduced by Senators Jeff Merkley (D-OR) and Steve Daines (R-MT) and would allow VHA physicians to make written recommendations to veteran patients in states with medical cannabis programs. Current VHA policy forbids their physicians from recommending or even discussing the benefits of medical cannabis.

The policy is set by VHA Directive 2011-004. This directive was set to expire on January 31, 2016; however, the policy remains in effect. This means that Congress must take action to fix the problem. The Veterans Equal Access Amendment would help lift this “gag order” that is currently being imposed on VHA physicians. Like the Rohrabacher-Farr Amendment that protect state medical cannabis programs, this amendment would have to be renewed on an annual basis.