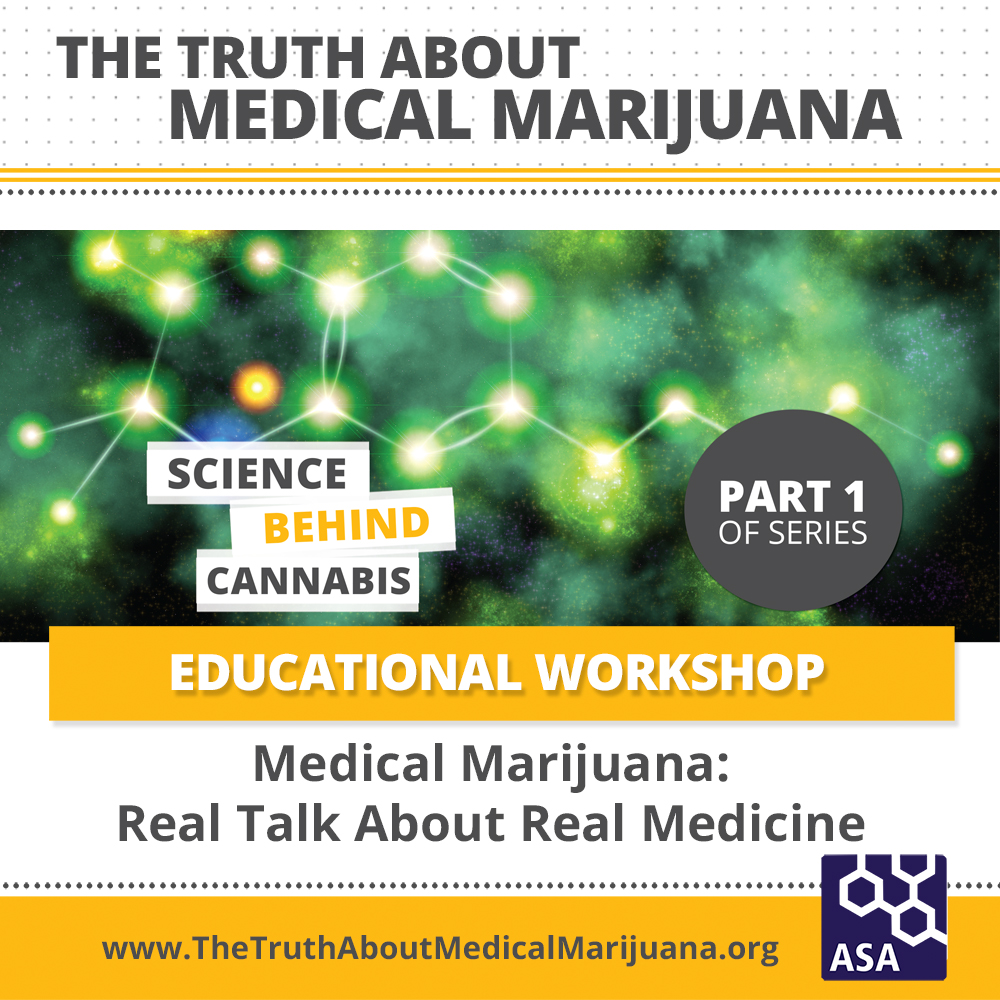 Last month Americans for Safe Access launched The Truth About Medical Marijuana educational series. When we started to put together the series we had to ask ourselves what was the most important topics we could cover. Trying to pick a logical first conversation we made the science of medical marijuana the subject of the first workshop.

Most people support medical marijuana and but few seem to understand the underlying science. This is a real problem for the medical marijuana movement and it undermines our support even among people that are generally supportive of reforming drug laws. Part of the problem is likely that virtually everyone agrees that more research needs to be done on the medical uses of marijuana. which would imply that marijuana hasn’t been studied or we don’t understand how it interacts with the human body. In fact marijuana has been extensively studied and a remarkable amount of information exists about how it interacts with the human body.

This is thanks to the work of Israeli organic chemist Raphael Mechoulam and other researchers that followed up on his work on the endocannabinoid system. Mechoulam is most famous for identifying tetrahydrocannabinol (THC) as well cannabidiol(CBD) and other cannabinoids. Through his work we were able to understand which parts of the human body marijuana interacts with, in much the same way we understand the endocrine system and endorphins.

So why does medical marijuana work? The answer is that marijuana compounds interact with your biology in a way that mirrors the natural process of human biology, through the endocannabinoid system (ECS). The ECS is a sophisticated group of neuromodulators, their receptors, and signaling pathways involved in regulating a variety of physiological processes including movement, mood, memory, appetite, and pain.

Cannabinoids, compounds exclusively found in marijuana, interact with your ECS in a way that is very similar to the natural interactions going on in your own body all the time. - The Truth About Medical Marijuana Workshop 1.

Unfortunately, the endocannabinoid system isn’t taught in medical schools and so doctors like David Casarett essentially are left to investigate the matter on their own, which is a sad reflection of the state of our medical system but at least he was able to turn the process into a good book.

Understanding the endocannabinoid system is important because when patients report that marijuana helps with nausea or reduces seizures (or many other positive outcomes) we have a scientific basis to explain what’s happening.  Further, since we also know that traditional drugs don’t interact the endocannabinoid system we also know why medical marijuana works when other drugs don’t. So we in fact know a lot about the science behind medical marijuana and why medical marijuana patients view it as irreplaceable. However, without knowing that science many question the therapeutic potential of marijuana or view it in a overly limited way.

Interested in learning more or teaching people about the science behind medical marijuana? Sign up to lead a session or find out if one is going near you. Also checkout ASA Senior Scientist Janah Marcu’s The Biochemical System Controlling the Effects of Cannabis: An Introduction.