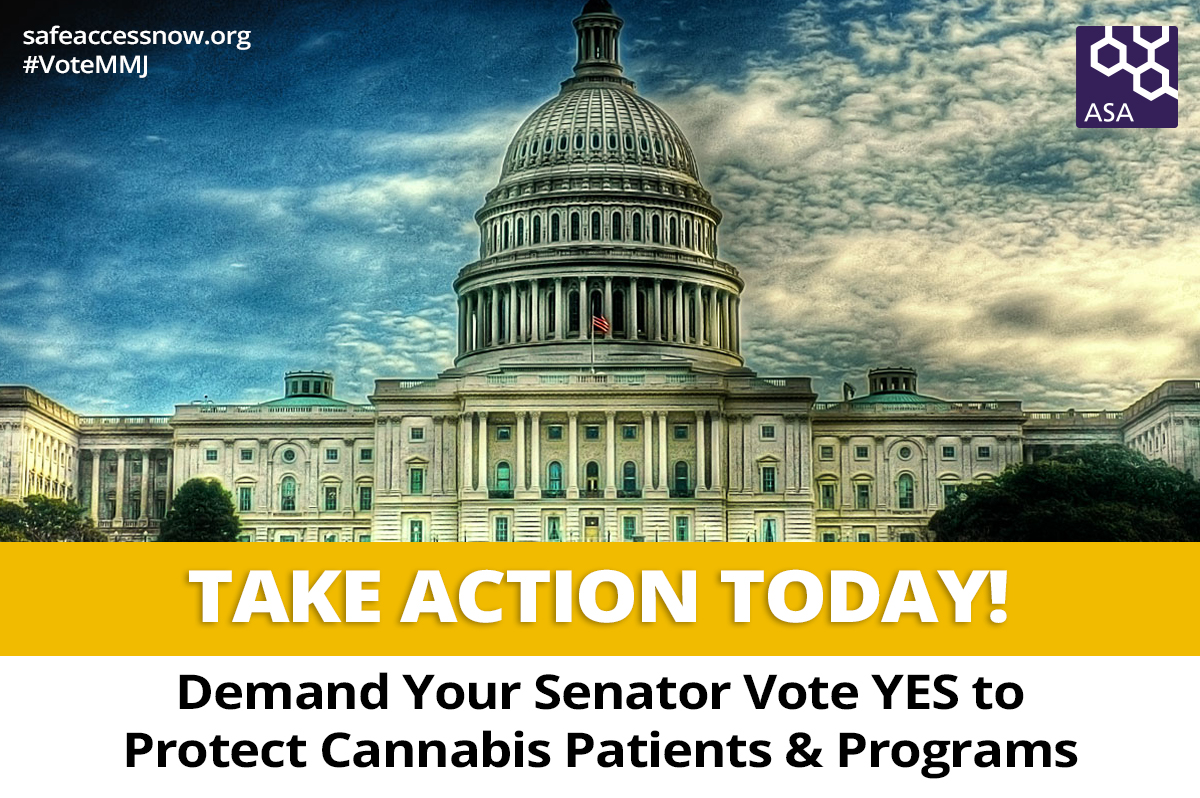 The CJS Appropriations bill funds the Department of Justice, including federal prosecutors and the DEA. The Mikulski Amendment is the Senate version of the Rohrabacher-Farr Amendment, which prohibits the Department of Justice (DOJ) from interfering with people abiding by their state medical cannabis laws. Last year, the committee approved the amendment by a vote of 21-9 but it needs to be passed yearly.

The amendment has been helpful in limiting the federal crackdown on medical cannabis patients and the programs on which they rely. In October 2015, Federal District Judge Charles Breyer referred to the amendment when ruling that the federal government may not interfere with a medical cannabis dispensary unless they are violating state law. Last week, DOJ dropped its appeal against the Marin Alliance for Medical Marijuana, letting Judge Breyer’s ruling stand. This is why we need to pass the amendment again.

Please contact your senator(s) on the Senate Appropriations Committee and ask them to vote YES on the Mikulski medical cannabis amendment!