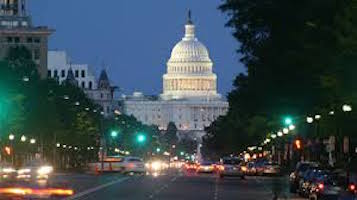 In the fight for safe access to medical cannabis local and state-level action is always an essential step for progress. With so much of our success as a movement coming from state laws, an amazing 37 total state laws now allow for some type of legal medical cannabis use, it’s easy to forget about our nation’s capital.

This week offered some important reminders that victories are happening at the national level too. In fact as much progress as happens in the states, it’s absolutely essential that we work to ensure that the federal government doesn’t undermine state medical cannabis programs.

A Chance For A New Direction at DEA

No agency has done more harm to medical cannabis patients and providers then the Drug Enforcement Administration and a great deal of that damage was done under the watch of Michele Leonhart.  For the last eight years Leonhart, a Bush-era holdover, lead a harmful increase in raids of the medical cannabis industry, was a chief impediment to rescheduling cannabis and issued a string of controversial statements including calling drug war violence a positive sign and refusing to admit that cannabis is safer than hard drugs like heroin or crack cocaine during a congressional hearing.

But Leonhart’s mishandling of a prostitution scandal along with earlier missteps lead to her resignation last month and this week the announcement of replacement Chuck Rosenberg. With the appointment of Rosenberg the DEA has a chance to catch up with other federal government agencies that are increasingly embracing a science-based view of medical cannabis.

An Unlikely Source of Support For Medical Cannabis

Can DEA change it’s ways? It might seem unlikely but in Congress two leaders that have been long opponents of medical cannabis just showed change can happen. Just yesterday Senators Dianne Feinstein and Chuck Grassley sent out letters to the Departments of Justice and Health and Human Services urging them to determine if cannabis component cannabidiol (CBD) can be rescheduled and “determine ways to remove any unnecessary barriers that stand in the way of research into the potential medical benefits of marijuana and CBD.”

Obviously, cannabis should be completely removed from schedule I but this request from long-time skeptics shows a growing acknowledgement of the medicinal properties of cannabis.

For a long time the only thing the Food and Drug Administration (FDA) had to say about medical cannabis was that there was no such thing as medical cannabis. No longer is blanket denial the official position of FDA as evidenced by a question and answer page published earlier this week.

While still far from perfect the FDA now clarifies that they have no objections to medical cannabis research and avoids false prohibitionist tropes about the “dangers” of cannabis.

Educating public officials is never easy, but when an organization has a strong and determined activist base like we have here at Americans for Safe Access it is possible. Your support makes all our work possible. Thanks!