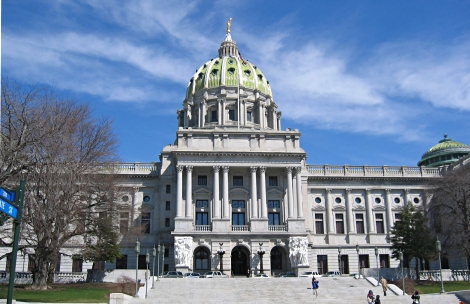 There will finally be a vote on Pennsylvania SB 3 on the floor of the PA House of Representatives this Tuesday, March 15. While ASA is not completely happy with many of the limitations that have been included added to the bill in its current form, we are encouraging patient advocates to urge their state representatives to vote yes on SB 3.

As you are probably aware, it has been a very difficult process to get a piece of medical cannabis legislation this far in the Pennsylvania General Assembly. Despite the shortcomings in the bill, passage of SB 3 will enable the regulatory process to start as soon as possible, which is the one of the crucial components in making sure cultivators and dispensaries get licensed. Without these entities, there will be no medical cannabis access in Pennsylvania. It has taken anywhere between 18 and 36 months from passage a new state medical cannabis bill until dispensaries open up, therefore, get the process started is paramount. Other components of the program can be fixed with subsequent legislation while the regulatory and licensing process plays out.

To be sure, there are many improvements that need to be made to SB 3. For example, the qualifying conditions language should not imposed barriers to chronic pain patients that would deny them access if other treatment options are available. Better yet, physicians should be able to recommend for any condition for which the benefit outweighs the risk. Other notable problems with the bill are the restrictions on raw flowers and a possible cap on THC percentage.

In addition to SB 3, Pennsylvania patients need action at the federal level to protect their program once it is passed into law. Please join ASA in Washington, D.C. March 18-22 for the National Medical Cannabis Unity Conference and Lobby Day, as patients from across the country to lobby Congress in support of the CARERS Act.

Take Action Today by e-mailing your state representative, urging them to pass SB 3 without adding amendments that would limit patient access.