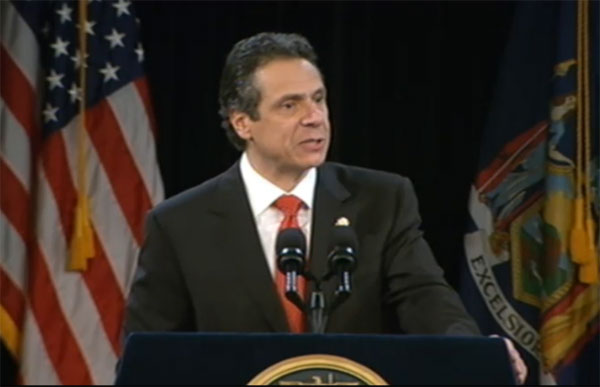 On Saturday, the New York Times reported that New York Governor Andrew Cuomo is planning to announce the start of a limited medical cannabis program utilizing a dormant law passed by the state legislature in 1980.  That law, the Antonio G. Olivieri Controlled Substance Therapeutic Research Program, was never implemented, but it created the legal authority for the program Gov. Cuomo is launching by executive order. Comprehensive medical cannabis legislation has passed in the NY Assembly four times, but each bill ultimately stalled in the State Senate.

The scheduled announcement marks a major shift for Gov. Cuomo, who as recently as last year said of medical cannabis, "I do not support it at this time." While this is a positive development for New York, patients and advocates have good reason to remain skeptical, as the source of the medicine would be hospitals, who may decline to participate, effectively undermining the program.

The 1980 Olivieri law scarcely resembles any medical cannabis legislation that has been passed since 1996, with the possible exception of HB 1101 in Maryland in 2013 (more on that later). It requires hospitals to be the distribution point for patients to obtain medical cannabis. It authorizes the Department of Health to issue regulations pertaining to the medical cannabis program. It requires that the Commissioner "take into consideration" the rules of the Drug Enforcement Administration (DEA), Food and Drug Administration (FDA), and the National Institute on Drug Abuse (NIDA), but it does not require strict adherence to the rules of those agencies. This is good because the current rules of these agencies prevent patient access to cannabis so long as it is a federal Schedule I substance.

The Olivieri law describes the eligible qualifying conditions. Only cancer and glaucoma are specifically included (remember, the bill was written more than decade before the discovery of the endocannabinoid system); however, the Commissioner may add additional conditions. According to the Governor's aides, the program likely will not cover conditions such as "back aches," but potentially may include chronic conditions such as multiple sclerosis and severe pediatric disorders. Patients must be certified by an examining physician and the certification must be approved by a "patient qualification review board or committee." The final section requires the Department to apply for an Investigational New Drug permit within 90 days of effective date of the bill, and it remains unclear if the Department must do so following Gov. Cuomo's announcement.

The fact that hospitals must be the distribution centers is likely to be a major hindrance for patients seeking access to medical cannabis, as hospitals are unlikely to participate in the program. As mentioned above, Maryland recently passed a law that would similarly allow for research hospitals to be the distribution mechanism for medical cannabis. Under the Maryland law, "academic medical centers" would be the only hospitals eligible; however, due to their federal funding and accreditation status, no hospitals in Maryland appear willing to participate in the program until there is a major change in federal policy. In fact, Maryland legislators are already planning to introduce a comprehensive bill this year to amend the current and apparently unworkable hospital-based approach. It is possible that community hospitals in New York that do not ordinarily conduct medical research may be more likely to participate in the Cuomo plan, but that is an unknown and therefore not a dependable source, either.

Another cause for concern is the source of the medicine. Based on the limitations of the Olivieri law, the medicine would likely have to come either from NIDA or from police seizures of criminal marijuana conduct in the state. Neither of these sources should be considered a good place for patients to obtain medical cannabis, as cannabis from NIDA is often of a very low THC content and NIDA regularly refuses to release it even for approved research projects, while cannabis from police seizures is of completely unknown quality and could contain pesticides and other contaminants.

While ASA applauds Governor Cuomo for coming around to support medical cannabis in some form, we urge him to make certain that his executive order is meaningful to patients, not just symbolic. In addition to restarting the Oliveiri program, Mr. Cuomo should use his position as Governor to encourage the New York legislature to finally pass the comprehensive medical cannabis legislation sponsored by Sen. Diane Savino and Assemblyman Richard Gottfried -- S4406 and A6357 respectively. This approach would establish a truly dependable dispensary system for patients to obtain medical cannabis in New York.

Governor Cuomo is likely to make his announcement on Wednesday during the State of the State speech.