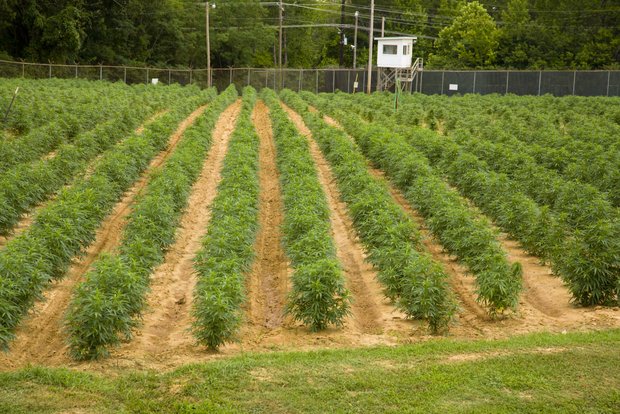 More cannabis for research would seem like a good thing, and the April 29 announcement from the Drug Enforcement Administration that they are authorizing a whole lot more has been greeted with widespread approval. But there's reason for concern, if not outright disbelief.

The DEA says it is allowing the National Institute on Drug Abuse (NIDA) to increase its annual cannabis production from 21 kg to 650 kg in order to meet current and anticipated research needs. For the past four years, 21 kg is how much NIDA has been allowed to produce at the one federally licensed cannabis cultivation center in the U.S., a 4-acre facility at the University of Mississippi that has been growing for the government since 1968.

Blogs at The Hill, Washington Post, Huffington Post and NBC all reported on it, highlighting the 3000% increase and the DEA’s purported concern for meeting research demands. But deep skepticism would be the most polite way to respond to that new-found concern.

Take, for example, one of the approved research studies that needs Uncle Sam’s cannabis, the University of Arizona study into how it may help treat veterans with PTSD. That study was just approved to receive federal cannabis last month. Which would seem to fit the DEA’s story of how they just found out about this unmet research need, etc.

Except that the study has been waiting on this cannabis for a very, very long time. So long, that the study’s sponsor, MAPS, took NIDA to court back in 2007, asking a DEA judge to approve a cultivation license for Prof. Lyle Craker at UMass Amherst, so they and other researchers would have another source.

“…NIDA’s system for evaluating requests for marijuana for research has resulted in some researchers who hold DEA registrations and requisite approval from the Department of Health and Human Services being unable to conduct their research because NIDA has refused to provide them with marijuana. I therefore find that the existing supply of marijuana is not adequate.”

How much was being produced by NIDA at Ole Miss in 2007, the year of that ruling? Their quota was 4,500kg of cannabis – almost 10,000 pounds. Or nearly 700% more than the new. much-increased amount, just approved. The then-head of the DEA rejected Judge Bittner’s ruling that licensing Prof. Craker to produce research cannabis was “in the public interest.”

Why the quotas have changed so dramatically over the past 15 years is unknown, or at least unreported in any meaningful way by the DEA, an agency that traffics in secrecy. There was no big increase in authorized research in the five years the quota was 4,500 kg. On the contrary, approved research such as the veterans PTSD study was languishing, unable to be conducted because the scientists and physicians were being told there wasn’t government cannabis for them to use.

That story of shortage makes more sense with the quota of 21 kg that the DEA has used since 2010. A mere 46 pounds doesn’t go far when you consider that more than half of that goes to the four patients still enrolled in the Investigational New Drug program. Between them, the four get 25.5 pounds or 11.6 kg of free cannabis cigarettes rolled from NIDA’s supply. That doesn’t leave much for the research NIDA says it has been supporting. Some 30 studies, they say, that have looked into medical benefits.

How many research articles have been published on marijuana, cannabis or cannabinoids in the past five years? About 10,000.

International researchers in Israel, Italy, Spain, the UK and elsewhere, who do not face the same barriers to obtaining research materials, have been doing the work of exploring the remarkable potential of cannabis and cannabinoids to treat a host of serious medical conditions, including many for which no adequate treatments currently exist.

Instead of obstructing that progress, the US has the chance to be a leader. But the DEA and NIDA, with missions focused on preventing drug trafficking or abuse, are not equipped to sponsor or supervise medical research. That’s why there is a bipartisan bill in Congress, HR 689, that would not just protect patients in medical cannabis states but move research authority away from NIDA and give it to an agency that can “ensure that an adequate supply of marijuana is available for therapeutic and medicinal research.”