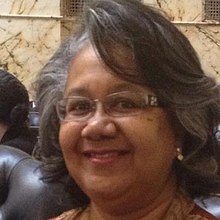 The Maryland House of Delegates voted 125-11 yesterday to adopt HB 881, a medical marijuana bill that improves upon the law that was adopted by the state last year. If signed by Governor Martin O'Malley, HB 881 will protect patients with severe pain, nausea, wasting syndrome, seizures, and severe muscle spasms from arrest and prosecution. Qualified patients will be able to obtain their medicine from licensed medical marijuana treatment centers (MMTC), which will rely on licensed growers for their supply. Patients will be required to get approval from physicians who are approved by the state and must obtain an identification card before they will be eligible to access an MMTC.

"We're excited to welcome Maryland as the 21st medical marijuana state," said Mike Liszewski, Policy Director with Americans for Safe Access (ASA), who testified before House and Senate committees. "This bill is a vast improvement over the current law in Maryland and will provide patients with needed protection from arrest and prosecution, and give them a means to safely and legally obtain medical marijuana."

HB 881 was sponsored by Maryland House Delegate Cheryl Glenn (D-Baltimore) and co-sponsored by nearly half of the House. A broad coalition including ASA, industry stakeholders, and Stop the Seizures, a group of parents of children suffering from seizure disorders, worked tirelessly to pass HB 881. Several different versions of the bill were considered this year, and many amendments were added by Senator Jamie Raskin (D-Montgomery) to help patients navigate the program. Governor O'Malley has 30 days after being presented with the bill to sign it into law and he has already indicated his willingness to do so.

Maryland has struggled over the past few years to pass and implement medical marijuana legislation. In 2003, the Maryland legislature adopted the Darrel Putnam Compassionate Use Act, which was a skeletal medical marijuana law that provided an affirmative defense, but did not prevent patients from being arrested, prosecuted, or having to pay a fine, even if a defendant could prove they were a qualified patient. Last year, the legislature passed HB 1101, which established "Academic Medical Centers" to distribute marijuana to patients, but the untested program failed to gain buy-in from the state's academic institutions.

HB 881 establishes a new form of distribution. According to the new law, the Natalie M. LaPrade Medical Marijuana Commission, which was established under last year's legislation, will regulate treatment centers, characterized as an entity that "acquires, possesses, processes, transfers, transports, sells, distributes, dispenses, or administers marijuana, products containing food, tinctures, aerosols, oils, or ointments, or educational materials for use by a qualifying patient or a caregiver."