California medical marijuana patients may soon have protection from employment discrimination, thanks to legislation sponsored by Americans for Safe Access that was introduced on February 20. The new law has been proposed in response to a January California Supreme Court ruling that said employers may fire qualified patients for no reason other than following the medical treatment recommended by their doctors. 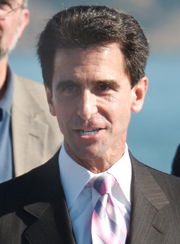 The employment rights bill leaves intact existing state law prohibiting medical marijuana consumption at the workplace and protects employers from liability by allowing exceptions for jobs where physical safety could be a concern.

"The California Supreme Court decision said that an employer may fire someone solely because they use medical marijuana outside the workplace," said Assemblymember Mark Leno (D-San Francisco), the author of the bill. "AB 2279 is merely an affirmation of the intent of the voters and the legislature that medical marijuana patents need not be unemployed to benefit from their medicine."

The bill is designed to rectify a 5-2 decision by the California Supreme Court in Ross v. RagingWire, a case which was argued by ASA Chief Counsel Joe Elford.

The court upheld a lower court ruling that qualified patients could be fired based on either their status as a patient or a positive test for marijuana. The plaintiff in the case, a 46-year old disabled veteran named Gary Ross, lost his job as a systems engineer in 2001 after testing positive for marijuana. His employer, RagingWire Telecommunications, would not make an exception for medical use, even though Ross did not use cannabis on the job and was treating injuries sustained during his military service.

Gary Ross, speaking to the media

"It's important that we not allow wholesale employment discrimination in California," said Ross. "If the court is going to ignore the need for protection, then it's up to the legislature to ensure that productive workers like me are free from discrimination."

Since 2005, ASA has received hundreds of reports of employment discrimination from all across California. Employers that have either fired patients from their job, threatened them with termination, or denied them employment because of patient status or because of a positive test for marijuana, include Costco Wholesale, UPS, Foster Farms Dairy, DirecTV, the San Joaquin Courier, Power Auto Group, as well as several construction companies, hospitals, and various trade union employers.

"We welcome and strongly endorse this clarification from the legislature," said ASA spokesperson Kris Hermes. "Despite the ill-conceived ruling by the California Supreme Court, the intent of state legislatures has been to recognize the civil rights of patients and to offer them reasonable protections."

For the sixth year in a row, Americans For Safe Access organized a Medical Marijuana Week. And for the sixth time, the event was a huge success, providing opportunities for patients and activists to learn about the issues, take action, and educate others.
Held every year during the week of 2/15 -- to commemorate the passage of Proposition 215, California's medical cannabis law -- Medical Marijuana Week this year had an activity or event for every day of the week from February 11-17.
Monday's focus was on membership, as ASA supporters reached out to friends and family to encourage them to join the nation's largest and fastest growing organization of patients, medical professionals, scientists and concerned citizens promoting safe and legal access to cannabis for therapeutic use and research.

On Tuesday, hundreds of activists throughout the country visited their U.S. Senators' district offices to ask their representatives to support access to new sources of cannabis for FDA-approved medical research. The senators were urged to support patients by signing on to the letter Senators Ted Kennedy and John Kerry are circulating to enable FDA-approved research.

For Thursday, patients were asked to plug into ASA's condition-based unions to further promote medical cannabis research and advocate for safe access.

On Friday, ASA released its first National Field Report, which paints a comprehensive picture of the local, state, and national campaigns ASA's chapters and affiliates work on and also highlights the 2007 accomplishments in the field. Patients and activists were asked to start or join a local ASA chapter.

Finally, the weekend was devoted to mobilizing local communities and getting signatures for ASA's Congressional research petition.

All in all, it was another fun, informative, and empowering week of activities for medical marijuana patients and activists across the country.

Osteoporosis May Be Treatable with Cannabinoids

New research out of Israel shows that osteoporosis, a degenerative bone condition afflicting 10 million Americans over age 50, may be treatable with cannabinoids.

This would seem to confirm early studies that showed faster bone loss in mice that had fewer CB2 receptors.

Cannabis has been commonly recommended to help people with HIV/AIDS combat nausea and appetite loss, and numerous studies have shown it to be an effective treatment.

A new Columbia University study, the first in nearly 20 years to examine cannabis' efficacy, has shown that not only is smoked cannabis effective, it's substantially more so than Marinol, the synthetic oral drug, in a double-blind, placebo-controlled trial. Patients in the trial gained almost 2.5 lbs over four days.

To produce similar weight gain, Marinol had to be given in doses eight times higher than current recommendations.

State Medical Marijuana Laws Do Not Increase Drug Use

A statistical study has found that passing state laws legalizing the medical use of cannabis does not increase the drug's recreational use.

Researchers looked at two "high-risk" groups (ER patients and arrestees) in four states, California, Colorado, Oregon, and Washington. Researchers reported that "the introduction of medical cannabis laws was not associated with an increase in cannabis use."

This finding confirms a study of states with medical marijuana laws conducted by the US General Accounting Office (GAO), which found that legalizing medical cannabis has not led to increased recreational use.

Reach Out for Research: Petition Your Community
to Support Medical Cannabis Research!

ASA has created a petition that you can print out and circulate at your work, school, home, church, and in your larger community. Download and print out this petition calling on your U.S. Senators to support access to materials for FDA-approved medical cannabis research. Our goal is to collect 30,000 signatures by April 21st. These petitions will be hand delivered each to of your Senators by our National Office staff. Please join in our efforts and begin gathering signatures today!

Visit ASA's fun interactive map to download a petition addressed to your state's U.S. Senators. Go to www.AmericansforSafeAccess.org/SenatePetitionMap and click on your state for your specialized petition or call ASA at (510) 251-1856 and ask for petitions to be mailed to you.