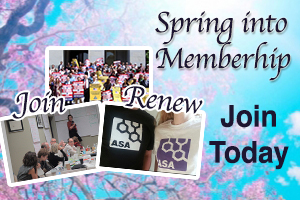 On her 30th birthday (March 19 in 2012), doctors discovered a cancerous mass in my sister's right breast.  She was rushed to the emergency room for an emergency mastectomy and was newly pregnant at the time.  For a grueling year, she suffered extensive chemotherapy treatments , during which she secretly used cannabis to ease her anxiety and nausea instead of drugs proscribed by her doctors which were known to harm the fetus.   Her healthy and beautiful daughter Chloe was born via scheduled cesarean with no complications other than slight prematurity.  My sister lives in Virginia, where medical cannabis is barely a conversation.  Today, a year later on March 11th, a new mass was found in her left breast.  Unless we do something to help her, my sister will unnecessarily continue to suffer through her treatments.

I have always championed the medicinal properties of cannabis and believe it should be easy to obtain and available to whoever needs it.  But nothing drives that fact home harder than experiencing it on the front lines through a loved one's suffering.  My sister is not alone.  There are so many people struggling with extreme pain, discomfort and agony on a daily basis.  Every single one of them deserves relief.

I joined ASA to not only end my story and voice to the fight for safe access to medical cannabis but to empower others to take action as well.  Today, I do so by urging you to join ASA.

ASA's 45 day Spring Membership Drive launched yesterday. Our goal, to obtain 3,000 new members starts with you.  Incidentally, it's a great time to join because we are offing a bunch of membership incentives with each membership level.

And for the next 45 days new and renewing members get…

Become a Sustaining Member with an affordable monthly contribution and get…

60% of Americans for Safe Access’ (ASA) budget comes from individuals just like you.  Your membership ensures that ASA can answer calls from thousands of patients every month, weigh-in on legislation around the country, represent you in Washington, DC, and give advocates the tools they need to create safe and legal access in their communities. No one else is doing this important work, and it only happens because of the support of people like you.

You can help make it happen right now. Join ASA or renew your membership today. That way you can know that you are helping to make a real difference in the fight for medical cannabis nationwide.

Unlike contributions to a 501(c)(3), donations to 501(c)(4)s are not tax deductible as charitable contributions.  But your financial contribution goes so much further because it directly affects change on the issues you care about.

Together, we can work together to directly affect chance for so many deserving people whether we know them or not. by joining ASA and lending out voices to the ongoing fight for medical cannabis.