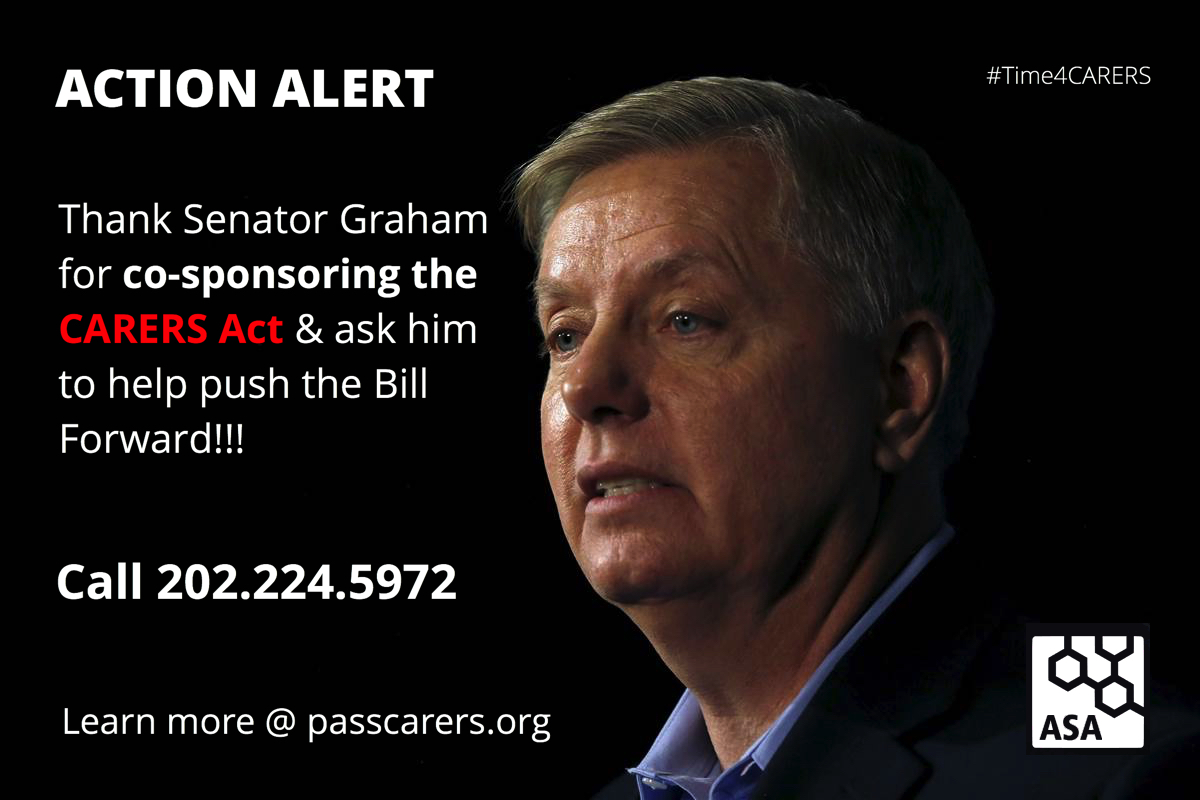 In March, United States Senator Lindsey Graham from South Carolina signed on as a co-sponsor to the Compassionate Access, Research Expansion, and Respect States (CARERS) Act (S. 683). The CARERS Act is the most comprehensive piece of medical cannabis introduced in the history of the US Congress, and YOUR Senator signed on to it!

Unfortunately, the few who oppose medical cannabis, have been louder than the many like you who support it, and Senator Graham is feeling the pressure.

Last week, Senator Graham held a Senate hearing titled: Researching the Potential Benefits and Risks of Marijuana. We applaud him for his interest in moving this issue forward. However, we heard from witnesses who were unwilling to admit to the obvious benefits of medical marijuana, calling for more research before making any rescheduling decisions.

Senator Graham needs to hear POSITIVE Support on this issue from HIS CONSTITUENTS! Please click here to contact him via email or telephone.

Thank him for co-sponsoring the CARERS Act and ask him to help push the bill forward! It will only take minutes to do this, and it will make a BIG, BIG Difference! Please do it TODAY! You can also go one step further and schedule an appointment with him or an aide at one of his office locations. Thank you for taking the time to MAKE A DIFFERENCE!