Attention Iowa: Email Senator Grassley Urging him to Call for a Hearing on the CARERS Act 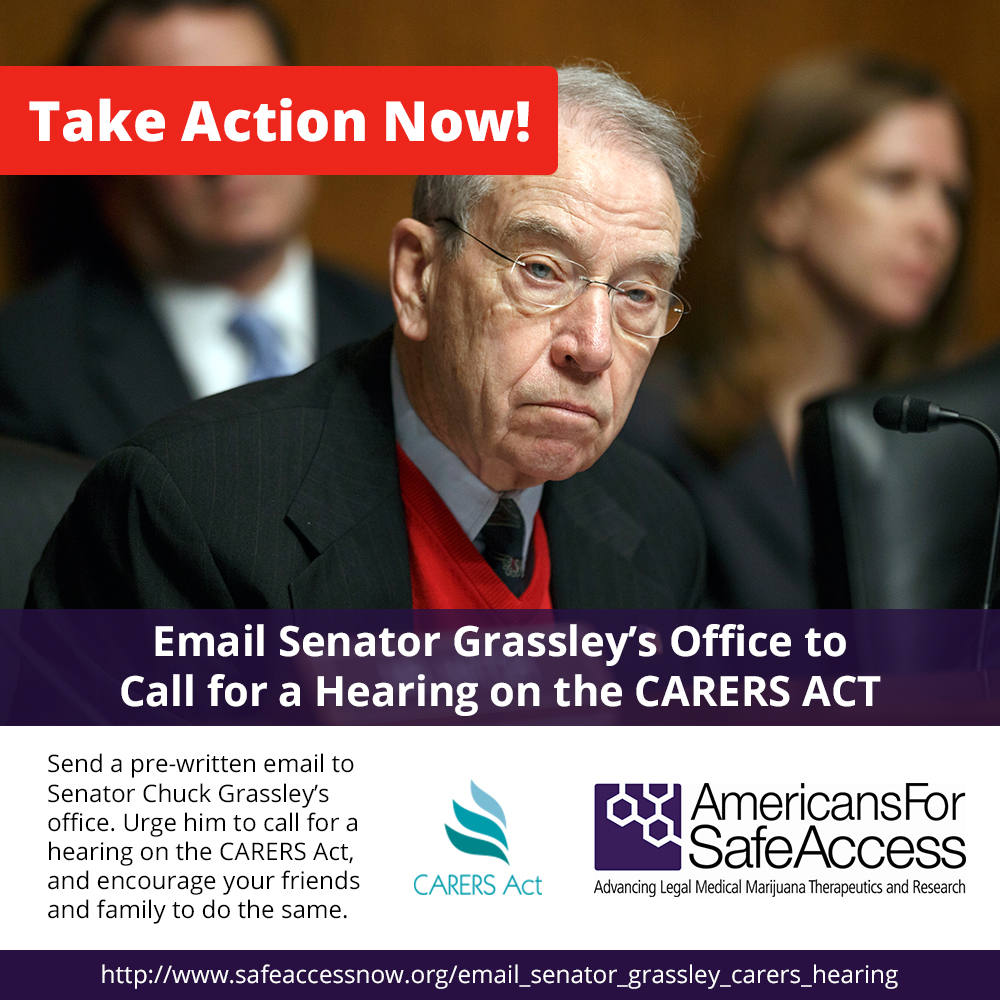 The CARERS Act is the most comprehensive piece of federal medical marijuana legislation ever introduced in Congress. Introduced in the Senate by Senators Cory Booker (D-NJ), Rand Paul (R-KY), and Kirsten Gillibrand (D-NY), the bipartisan legislation would remedy the state-federal conflict over medical marijuana laws. Unfortunately, Senator Chuck Grassley (R-IA), who chairs the Senate Judiciary Committee, is blocking the bill from moving forward by not giving the bill the hearing that it deserves.

An Iowa mother and activist, Erin Miller, recently wrote an op-ed calling for Sen. Grassley to hold a hearing or vote in the Judiciary committee on the CARERS Act. Her son, Abram, suffers from numerous disorders and disabilities, but after introducing CBD as a part of Abram’s medicine regime her family has seen huge improvements in his condition. Miller says her son is finally able to have fun like a typical little boy, and hasn’t suffered from a physical seizure since June.

Unfortunately, CBD still remains federally illegal, even though possession of CBD is legal in Iowa. Among the many benefits the CARERS Act would provide for patients, one is that it would exclude CBD from the definition of cannabis and would allow it to be transported across state lines. Patients and their families are seeking this protection, as Miller wrote, “It would allow families like mine to get the treatment they need without going to extreme lengths or risking federal prosecution.”

Though support for the CARERS Act has been growing, Senator Grassley still has not held a hearing in the Senate Judiciary. Every day that Sen. Grassley waits to call for a hearing is another day patients have to suffer through without the medicine they need.

For the first time ever, we have comprehensive medical marijuana legislation in both the U.S. Senate and House. The time for CARERS is now, please email Senator Grassley today to call for a hearing.