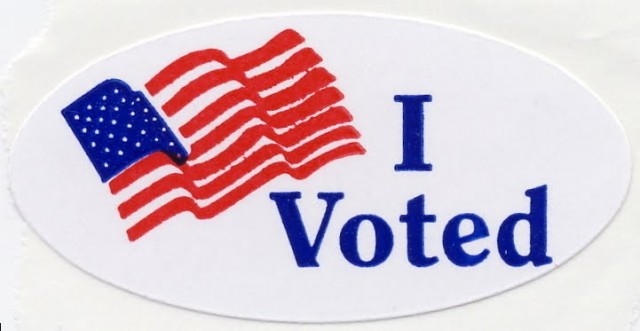 Beyond the great news regarding the success of voters in passing these important initiatives, there are a few other exciting takeaways regarding the behavior of voters related to cannabis during this election. Public opinion of cannabis was positive regardless of whether that state went to Trump or Biden. Unsurprisingly, medical cannabis maintained significant voter support regardless of voter party affiliation as well, with the margins of victory for these measures outweighing support for the President in Mississippi and South Dakota.

Below is a summary of each of the cannabis initiatives approved by voters last night.

Arizona: Arizona voters approved adult-use Proposition 207 with 59.8% of voters supporting the measure, after failing to approve a similar measure (Proposition 205) in 2016. While Arizona patients have had access to medical access since voters approved Proposition 203 in 2010, this initiative authorizes adults who are 21 years of age or older with a valid Arizona identification to purchase and possess up to an ounce of cannabis and five grams of cannabis concentrates at a retail tax rate of 16%, and grow up to six plants. Beyond improving access to adults, the Proposition allows criminal records expungement petitions for people convicted of possession of certain amounts of cannabis or paraphernalia. Language in the initiative requires immediate implementation of the measure.

New Jersey: After struggling to authorize adult-use through the legislature over the past few years, New Jersey voters approved adult-use Question 1 with 66.9% of the vote. Garden State patients have had access to medical cannabis since late 2012, however this is the first time that all adults in New Jersey have legal access to cannabis. The constitutional amendment, which is set to take effect on January 1, 2021, imposes a 6.625% tax on adult-use cannabis sales and authorizes local governments to add on an additional 2% tax to these purchases, but provides no specifics on possession limits, rules for authorized home growth of cannabis plants, or specific regulations for licensed adult-use cannabis businesses. These details will be organized by New Jersey lawmakers and the Governor’s office before the end of the year.

Montana: Big Sky Country voters showed up to support adult-use Initiative 190 this election providing 56.5% support to carry the initiative to victory. The initiative authorizes persons 21 years of age and older to purchase and possess up to one ounce of cannabis flower or eight grams of cannabis concentrate, and grow up to four cannabis plants and possess four seedlings starting on January 1, 2021. However the initiative does not require the Montana Department of Revenue to begin accepting cultivation, manufacturing, testing, distribution or retail cannabis license applications until January 1, 2022. The measure taxes adult-use cannabis and related products at 20%, and enables people convicted of cannabis crimes to appeal for resentencing or have their convictions expunged. The passage of adult-use access is exciting for Montana residents, who have worked since the early 2000s to secure safe and legal access. Montana voters approved Initiative 148 in 2004 authorizing medical cannabis access only to have the legislature modify the initiative to make it more restrictive via SB 243. Advocates later repealed SB 243 with the passage of Initiative 182 in 2016, which increased the number of licensed retailers authorized to operate in the state, and allowed physicians to recommend cannabis for patients diagnosed with chronic pain and PTSD.

Mississippi: Hospitality State voters navigated Mississippi’s multi-step voting process to approve Initiative 65 with 74.1% approval. To pass the measure voters first needed to vote in support of a qualifying question regarding whether or not the state should allow medical cannabis access at all. Voters responded with 67.9% in support. Next voters were offered a choice between supporting Initiative 65 and a more restrictive medical access measure organized by cannabis reform opponents. In the end voters overwhelmingly chose the less restrictive option, lending over 70% support to Initiative 65. The initiative will extend access to patients with 22 qualifying conditions, allow possession of up to 2.5 ounces of medical cannabis, and impose a 7% tax rate on medical cannabis purchases. Patient identification card costs are capped at $50 under the initiative, and are required to be issued by August 15, 2021.

South Dakota: Mount Rushmore State residents ended cannabis prohibition altogether last night, approving medical cannabis Measure 26 with 69.2% approval, and adult-use Amendment A with 53.4% support. This is exciting news for patients and adult-use consumers who have lived under punitive laws barring cannabis possession, use or sale and watched as many other states removed similar restrictions. Measure 26 authorizes patients with a chronic or debilitating disease or medical condition or its treatment that produces one or more of the following: cachexia or wasting syndrome; severe, debilitating pain; severe nausea; seizures; or severe and persistent muscle spasms, including those characteristic of multiple sclerosis to purchase and possess up to three ounces of cannabis with no more than 8 grams to be in a concentrated form, and grow up to three cannabis plants if no cannabis retailers are licensed by a resident’s local jurisdiction. The South Dakota Department of Health is authorized to add new patient qualifying conditions, and must enact rules to implement the measure by October 28, 2021, and have patient identification cards available by November 18, 2021.

South Dakota’s Amendment A authorizes adults who are 21 years of age or over to purchase and possess up to one ounce of cannabis and grow up to three cannabis plants. The constitutional amendment also imposes a 15% tax on cannabis purchases, and authorizes local governments to ban licensed cannabis activities including retail.

However, because we are Americans for Safe Access, we must ask, what does this all mean for patients?

While we know that adult-use programs bring greater access to patients in states that do not qualify for their state’s medical cannabis program, as our 2020 State of the States report indicated, often when states move to adult use, they switch all focus to the adult use program, and cease discussion of functional reforms that deliver meaningful access for patients. For instance, many state medical cannabis programs do not yet address product supply quality, safety and cost, or equip patients with sufficient legal safeguards to protect their rights related to driving, maintaining employment, housing and child custody. This illustrates the challenging nature of having a patchwork approach to state laws, and the need for ongoing patient and advocate engagement in fixing these laws and seeking federal reforms. And while House consideration of measures like the MORE Act (HR 3884/S 2227), SAFE Banking Act (HR 1595) and the VA Medical Cannabis Research Act (HR 712) is encouraging, it is important to remember that these reform measures are still opposed by a majority of U.S. Senators, preventing them from ever reaching the President’s desk, and stifling efforts to remove cannabis from Schedule I of the Controlled Substances Act.

These victories continue to demonstrate the sentiment of voters across the country on the need for cannabis reforms. However, while these are important victories that will bring greater access to many throughout the county, the success of these state campaigns reminds us that we still have a tremendous amount of work to do to fix our nation’s cannabis laws. For example, significant work remains to address the conflict of federal and state cannabis laws. Whatever the outcome of U.S. House and Senate races and the race for the presidency, state laws authorizing cannabis possession, use and sale still fail to perform correctly without reforms to our federal cannabis laws.

No matter what happens this election season, ASA remains dedicated to working with patients, physicians, scientists, lawmakers and regulators at all levels of government to address key issues in state and local reforms that are preventing cannabis reforms from working. We will also continue to lead efforts supporting critical federal cannabis reform legislation and removing federal roadblocks to cannabis research and access. As these efforts continue you can count on ASA for up-to-date information and resources to drive federal, state and local cannabis reforms that truly address patient needs.