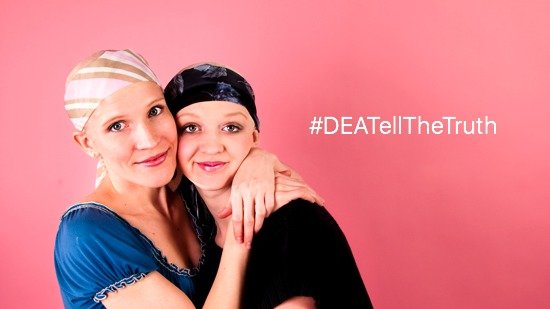 The petition, which calls on President Obama to take immediate action, comes as the US Senate begins confirmation hearings for Senator Jeff Sessions’ (R-AL) appointment to Attorney General. Senator Sessions has actively opposed the use of medical and recreational cannabis saying, “good people don’t smoke marijuana” and argued that cannabis is a gateway drug that leads to cocaine and heroin use, something that has been resoundingly disproved by scientific evidence.

Last month, Americans for Safe Access (ASA), a national nonprofit organization dedicated to ensuring safe and legal access to medical cannabis for therapeutic use and research, filed a legal request with the Department of Justice demanding that the DEA immediately update misinformation about cannabis. The request asks specifically for the clearing of misconceptions that cannabis is a gateway drug and causes irreversible cognitive decline in adults, psychosis, and lung cancer. The filing references the Information Quality Act (IQA, aka Data Quality Act), which requires administrative agencies to devise guidelines that ensure the “quality, objectivity, utility, and integrity of information” they distribute and to “[e]stablish administrative mechanisms allowing affected persons to seek and obtain correction of information maintained and disseminated by the agency that does not comply with the guidelines.”

If granted, the filing could bring major changes to the way medical cannabis laws and regulations are treated by public officials. For decades, politicians have stated that now-disproven harmful effects were reasons to either prohibit or impose burdens on patients seeking safe and legal access to medical cannabis. While the DEA admitted in August that the gateway theory and other harmful claims are not supported by science, they have yet to remove all references of the disproven information, thereby continuing to spread inaccurate information.

“The DEA has actually admitted that cannabis is not a gateway drug and does not cause long-term brain damage, psychosis, and other alleged harms, yet they keep distributing this false information anyway, despite the reality these claims are not based on scientific fact," said Beth Collins, Senior Director of Government Relations and External Affairs for Americans for Safe Access. “It's illegal for the government to disseminate inaccurate information and the DEA must be held accountable. This misinformation hurts the millions of medical cannabis patients in the 29 states where cannabis treatment is legal, as well as patients in other states who are working to pass laws, for whom safe and reliable access to marijuana is a matter of necessity."