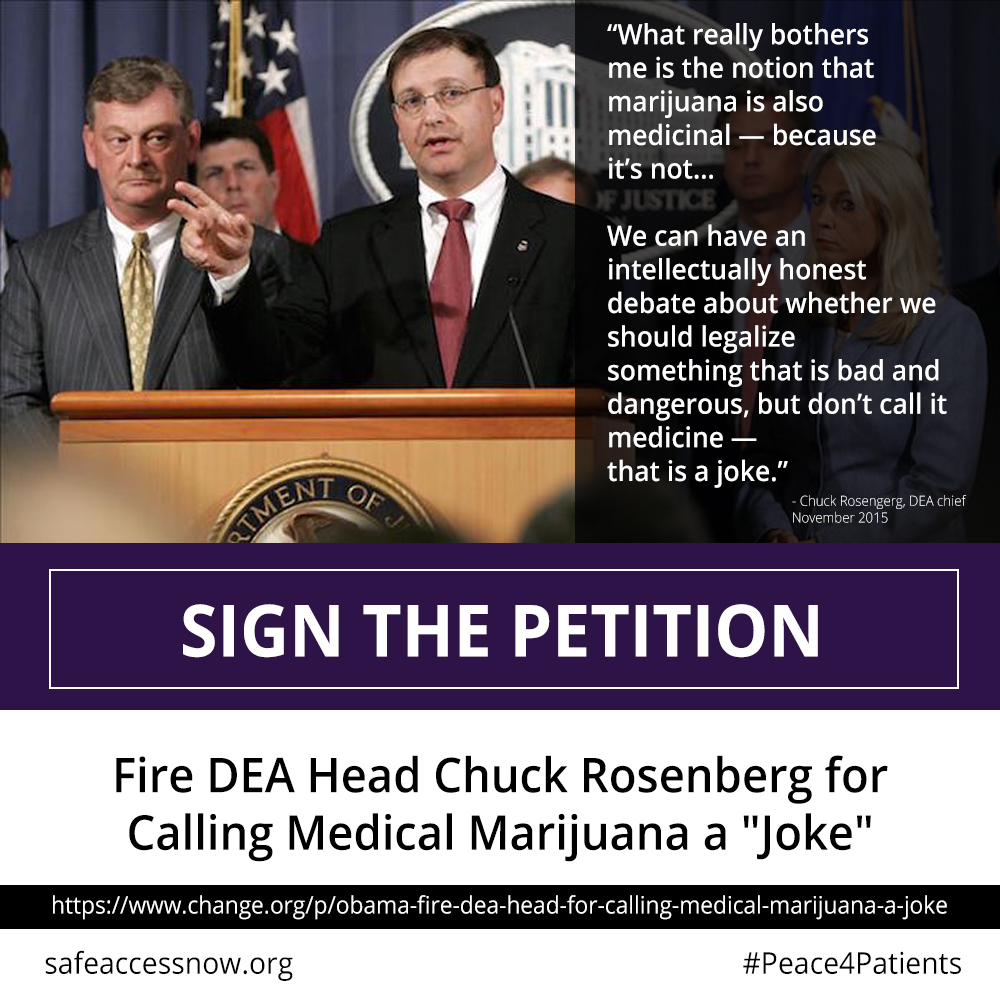 DEA Chief Administrator Chuck Rosenberg has once again managed to stick his foot in his mouth about cannabis. Earlier this week, Rosenberg stated that the notion of patients finding therapeutic relief from cannabis bothered him, going on to say "don't call it medicine -- that is a joke."

The statement comes just a couple of months after the newly appointed DEA chief admitted that he was "not an expert" on marijuana, and had difficulty stating with certainty whether marijuana was more or less dangerous than heroin. After a week of what must have been intense internal deliberation, Rosenberg later clarified his position, but the embarrassment of nation's top drug enforcement agent's inability to assert the relative harms of substances was already done.

While Rosenberg's statement was laughable, asserting that medical cannabis is a joke demonstrates a lack of fitness for the job of running the nation's Drug Enforcement Agency. There are literally hundreds of clinical studies and case reports pointing towards the medical efficacy of cannabis. In fact, the primary things preventing the kind of evidence that the federal government demands before classifying something as medicine are the DEA-mandated NIDA-monopoly and the Schedule I status in Controlled Substances Act, which the DEA has stridently maintained for decades. This self-fulfilling ban on medical advancements was documented in great detail in a report by the Brookings Institute, published earlier this year.

Given that DEA chief Rosenberg has demonstrated abject ignorance regarding medical cannabis, we urge President Obama to fire him immediately and appoint a chief who has a genuine comprehension of the medicinal value of cannabis. With NIDA, the National Cancer Institute, and other federal agencies slowly but surely coming around to the medical value of cannabis, the DEA remains as the last federal bastion of Reefer Madness mentality. Please take a moment to fill out this petition to remove Rosenberg from the appointed position that he clearly is unqualified for.