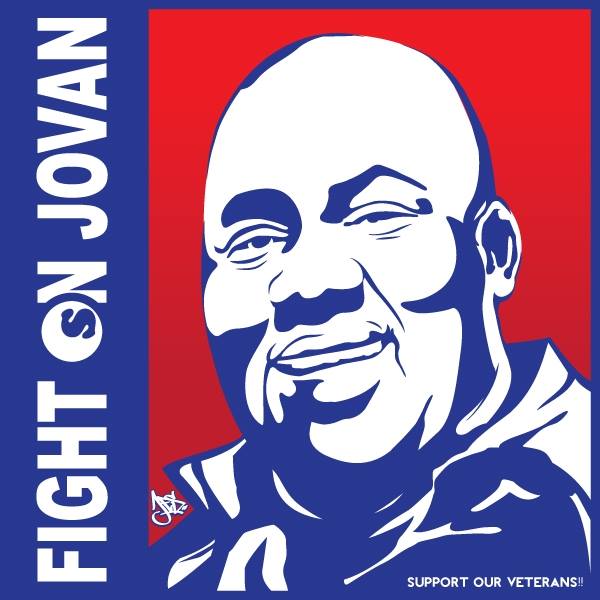 Jovan Jackson has fought a long and very hard battle in San Diego court for medical cannabis freedom. After a third trial concluded unfavorably in early November, he will now be sentenced at a hearing this Friday, December 13th.

Jovan’s regrettable verdict will be appealed to a higher court, and he needs our help to carry on his fight.  Please plan to attend his sentencing hearing, and please consider donating to Jovan to encourage him to fight on.

To donate: please go to http://www.gofundme.com/5cro6c.  All donations go directly to Jovan via a crowd-funding account set up by him for this purpose.

Background on the ongoing court battle: Jovan Jackson is a Navy veteran and was a directing member of Answerdam, a San Diego medical cannabis collective twice raided in previous years, which resulted in two different criminal trials for Jovan.

The first of Jovan’s trials stemmed from a raid in August of 2008, and he was acquitted on all medical cannabis charges. After the second raid in September, 2009, Jovan was tried a second time but denied a medical cannabis defense by Judge Howard Shore on the grounds that for Jovan to be entitled to a defense under California's Medical Marijuana Program Act (MMPA), all members of his collective would have had to participated in cultivating the medicine.

Denied a defense, Jovan was found guilty at his second trail.  That guilty verdict was overturned on appeal (People v Jackson) filed by Americans for Safe Access and Lance Rogers, Jovan’s attorney through both trials. People v Jackson returned Jovan’s second case for retrial with the benefit of the MMPA defense, and this trial was heard before Judge Luis R. Hanoian.  This third trial resulted in a guilty verdict in November, 2013, but there were many problems with the trial to now be brought before the Appellate Court.

What started as a fight for one man’s freedom has now become an important message to San Diego District Attorney, Bonnie Dumanis, “Cannabis patients are a voting block, and we will no longer tolerate discrimination in the courts or in our community.” Please help us put the DA on notice that she can not expect to win elections without the support of compassionate use advocates of medical cannabis.

Jovan Jackson’s plight has highlighted the importance of court support and public awareness of the often gross injustices prosecutors are able to perpetrate on defendants in our courts.  Attending medical cannabis hearings is one of the most effective things we can do as medical cannabis patient advocates to show our elected officials where we stand and force them to follow the law. It is important to bear witness as citizens fight for their rights. Please attend Jovan Jackson’s sentencing hearing and stand with him in what has turned out to be the most horrific ordeal of his life.