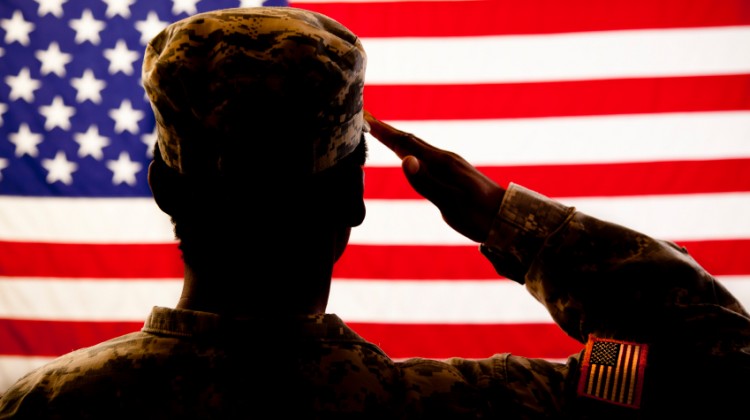 I am a disabled veteran and survivor. My wife, children, and I live with PTSD every day. I have a tough time in crowds and must follow a routine. The antidepressants prescribed to me have caused more depression and suicidal thoughts. I became addicted to the anti-anxiety pills. I tried to kill myself with pills twice. The second time, I decided to get rid of all of those pills and self-medicate with marijuana illegally. Since that decision in 2011, I have also advocated with veterans and medical marijuana patients for access to a botanical remedy that is better for many than pills. That advocacy work carried me to Washington, D.C. this past week to lobby as a veteran with Americans for Safe Access, Drug Policy Alliance, and Marijuana Policy Project. We worked hard for two days, visiting approximately a couple of dozen offices of key legislators. Below are the actions of Congress following my trip.

Last week, Congress debated the Veterans Equal Access Amendment to the MILCON-VA Appropriations Bill. This amendment would have rescinded VA Directive 2011-004 which has placed a gag order upon Veterans Health Administration health providers and was offered by Congressman Blumenauer (D, OR-3) which had bipartisan support.

Rep. Charles Dent (R, PA) rose in opposition claiming this directive does not violate our rights, allowing us the freedom to participate with an outside provider in a state medical marijuana program. He also went on to say that this could be construed as an endorsement for medical marijuana.

Congressman Dent then stood in opposition to the bill, claiming he wants the conversation to be driven by science from NIH, FDA, and private researchers before voting on this Amendment. Rep. Andy Harris (R, MD) quoted one of the greatest prohibitionists, Dr. Rita Volkow from National Institute on Drug Abuse, stating she doesn’t believe medical marijuana is a viable treatment option. He also stated that he doesn’t think this is the treatment a veteran should have, speaking as a doctor (anesthesiologist) and veteran (US Navy Reserve, Medical Corps). Dr. Fleming (R, LA) also rose in opposition to the bill claiming that doctors aren’t supposed to just do whatever they want. He then cited a study claiming “smoking pot” causes psychosis and schizophrenia. He also claimed it was addictive and Schedule I, therefore should not be used to treat PTSd.

Congressman Blumenauer then rose to refute the claims made by the opposition. He stated medical marijuana treats many more maladies than just PTSD, more than 1 million Americans already have legal access in the states this would directly affect, “the medical marijuana train has already left the station”, and the fact that the drugs the VHA currently uses have way more potential for addiction and abuse than cannabis. He cited a study stating that prescription drug overdose deaths in veterans are twice the national average of our civilian counterparts and marijuana has no potential for overdose. He also stated that VHA providers give opiates to veterans with PTSd at a much higher rate than other veterans and this group of veterans is also at a much higher risk to begin with for suicide and opioid overdose. Mr. Blumenauer ’s closing argument began with, “Don’t treat these veterans as second class citizens.”

The vote was carried over until Thursday. I waited in anticipation all day, keeping in contact with the folks I had lobbied with on Capitol Hill for the past two days as well as some fellow veterans that have been working on this. We were all on pins and needles. We were told the vote would happen somewhere around 4:30 PM. I don’t really remember what time it went down exactly. When it finally did, my heart began pounding watching the numbers tick by as the two minutes ticked off of the clock. It would look like the republicans were pulling away, then the democrats would come back to within a couple of votes. This happened several times within those two minutes. I had lost all sense of time and was enthralled with watching those numbers change. I hate numbers, I work in words. The clock finally ticked to zero, and they piddled around a bit longer, finally the gavel fell and the Speaker began reading the results. The Noes won out by 3 votes, 210-213 (8 members abstained). 3 freaking votes out of 423 cast. We were 15 away on the same amendment last year.

Based upon these results, we are winning. Even if we didn’t pass the VEEA this year, we picked up many votes from where we were last year on this issue within the VHA. There were far more speakers in support of this bill than in opposition. There was bipartisan support, showing that this issue does not see political boundaries. Our voices have been heard in Congress. They are trying to help us. There are still others who need to be held accountable. Eight democrats voted against the VEEA, meaning they went against the very basis of their party platform. We had 30 republicans vote for the bill this year which was a gain of eight votes from their party last year.

These numbers show that, in the words of Congressman Blumenauer, “The medical marijuana train has left the station!” This is true and as a veteran who uses medical marijuana illegally in a prohibition state, I want to thank the members of Congress who support our right to heal, as well as the organizations who have worked alongside of us in getting our voices heard on The Hill, such as Americans for Safe Access, Drug Policy Alliance, and Marijuana Policy Project.

T.J. Thompson is a veteran of the U.S. Navy, having served from 1998-2004.  He is a founding member (Chair) of the Steering Committee for Safe Access Virginia, serves as an advisor for Veterans for Medical Cannabis Access and also as secretary for his son's travel basketball club. He has been active in the peace and anti-police brutality movements.