After months of debate and continuing resolutions, the House of Representatives has finally unveiled its Appropriations package for the fiscal year of 2018. Unlike previous short term measures, this bill would fully fund the government through September 30, 2018. At over 2,200 pages the bill is a massive combination of funding outlays and policy. Due to the hard work of advocates like you, the bill includes the text of the Rohrabacher-Blumenauer amendment! 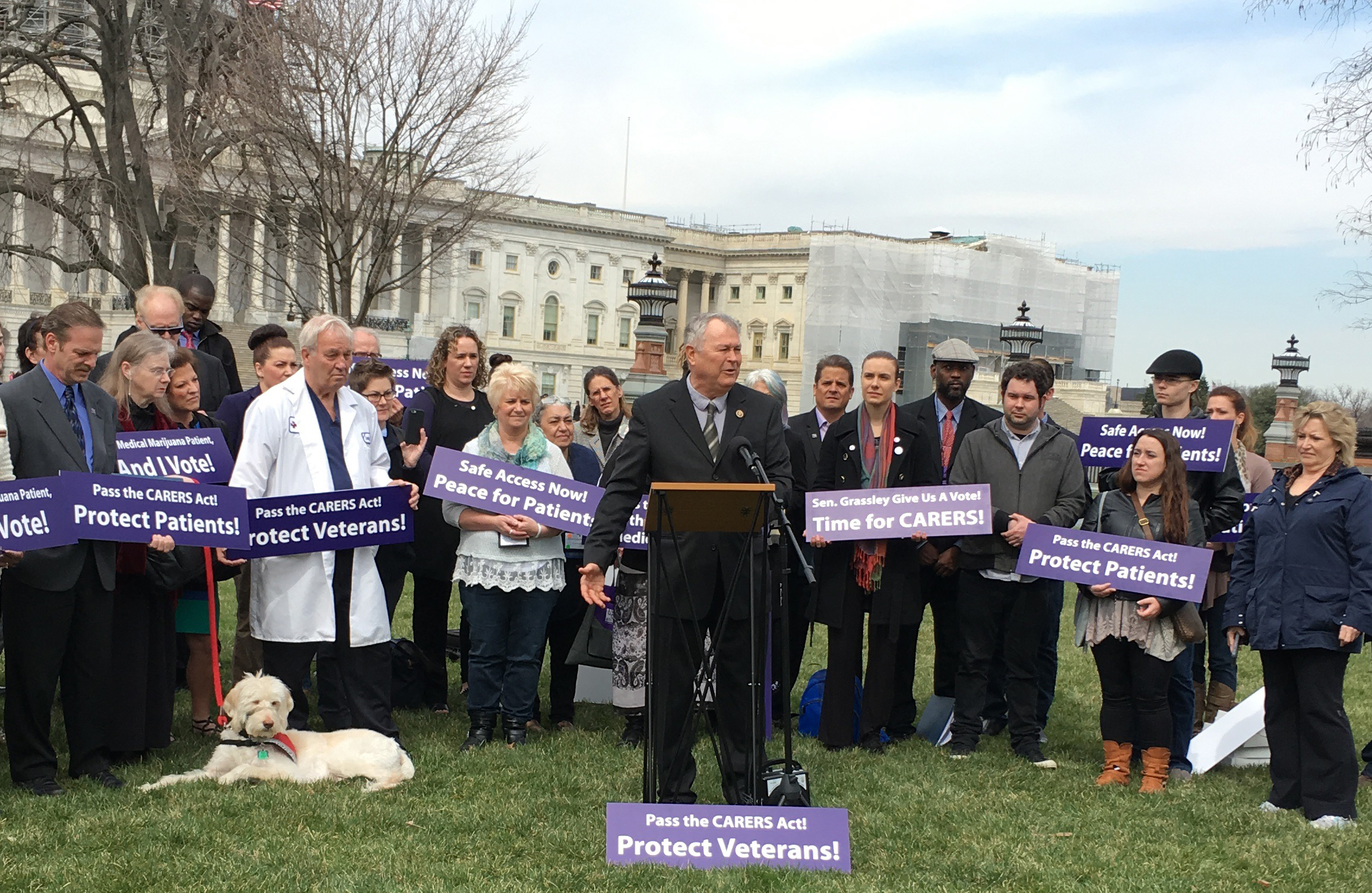 The amendment, which has appeared in previous versions of the annual appropriations bill protects medical cannabis patients and programs from federal interference by the Department of Justice. Due to the recession of the Cole, Ogden, and other memos by Attorney General Sessions, this amendment is the only thing that prevents large-scale federal raids and prosecutions against businesses and individuals complying with state laws. The full text of the amendment is below:

SEC. 538. None of the funds made available under this Act to the Department of Justice may be used, with respect to any of the States of Alabama, Alaska, Arizona, Arkansas, California, Colorado, Connecticut, Delaware, Florida, Georgia, Hawaii, Illinois, Indiana, Iowa, Kentucky, Louisiana, Maine, Maryland, Massachusetts, Michigan, Minnesota, Mississippi, Missouri, Montana, Nevada, New Hampshire, New Jersey, New Mexico, New York, North Carolina, North Dakota, Ohio, Oklahoma, Oregon, Pennsylvania, Rhode Island, South Carolina, Tennessee, Texas, Utah, Vermont, Virginia, Washington, West Virginia, Wisconsin, and Wyoming, or with respect to the District of Columbia, Guam, or Puerto Rico, to prevent any of them from implementing their own laws that authorize the use, distribution, possession, or cultivation of medical marijuana.

In addition to the omnibus bill, earlier this week, the House also passed “right to try” legislation which is aimed at giving terminally ill patients increased access to investigational drugs, which in theory could include cannabis by a vote of 267-149. However, this legislation is opposed by many patient groups because it may have unintended consequences. It is yet to be seen if this legislation, and if medical cannabis patients will benefit from it.

A vote on the appropriations bill is likely in the House today (March 22, 2018) and then the bill will be sent to the Senate.The bill will be considered under a closed rule meaning that the time of debate and ability to amend the bill will be limited. While a government shutdown remains possible over other policy provisions in the bill, it is incredibly encouraging to see the provisions of this amendment in the original text of the bill.